Subarnapur is popolarly known as Sonepur. It is situated at the confluence of rivers Mahanadi and Tel. It is 48 km distance from Balangir on the northeast side and 280 km from Bhubaneswar. Sonepur is filled with several temples like Khambeseari, Rameswar, Pancha Debalaya, Lankeswari and Suvarnamuru temples. It is an ex princely state with an area of 906 sq. miles. Once upon a time, Subarnapur was a melting pot of different religious creeds like Jainism, Buddhism, Saivism, Somavamisis, Telgu Chodas, Gangas and Chouhans who had ruled the state. Sonepur is famous for ancient temple and also known as temple city of Subarnapur District

A large number of ancient monuments, gold, silver and bronze coins are discovered here, which belong to the Ganga density of the 10th century AD. Sonepur is the District headquarter of the newly formed called Subarnapur. The best tourist places in Subarnapur are Patali Srikhetra, Maa Sureswari temple, Thengo Dam and Bhima Bhoi Samadhi Pitha. Sonepur is famous for Suvarnameru temple, Metakani Temple and Kosaleswar temple. 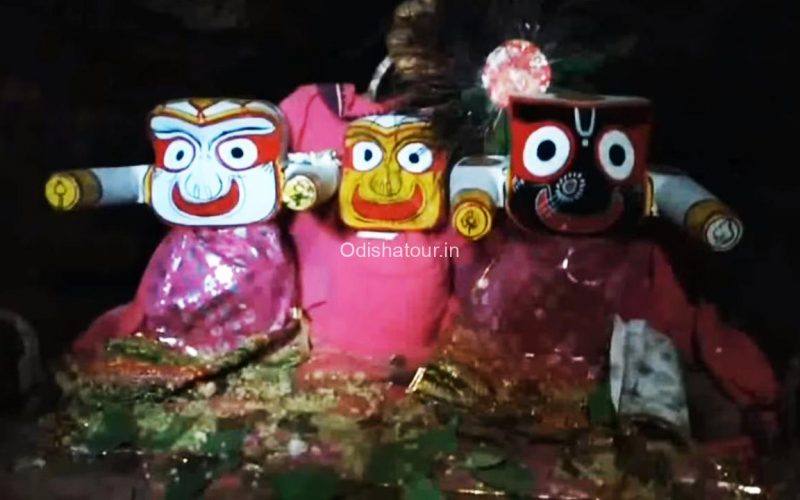 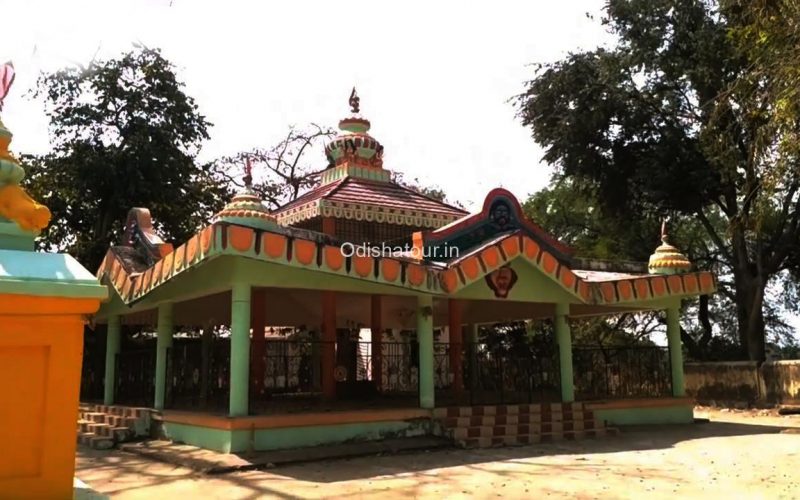 Maa Sureswari temple is situated on the banks of Tel River in Sonepur town. The holy seat of Goddess Sureswari the presiding deity of the Subarnapur. It is an ancient seat of yantra, Mantra and Tantra. The legend goes Sri Parsuram worshipped her mother Renuka in name of Maa Sureswari. He killed the Kshetriyas and offered their blood to the holy fire to the yajna he conducted. That Yajna Kunda is now worshipped as the mysterious Khaul Gad. The Chouhan rulers of Sonepur. Maa Sureswari temple is a Pancharatharekha Deula stands on a raised platform Maa Sureswari Mandir is a famous temples in Subarnapur District.

Subarnameru temple Is a popular tourist attraction places in Sonepur. The temple is situated on the bank of the river Tel in the southern part of Sonepur. It is a shrine for the worshipping of Shiva. The temple has built by the legendary trader Neuli during the reign of Raja Lal Sai Deo in 1660- 1680 AD. The second Chouhan ruler of Subarnapur after the death of raja Lal Sai Deo. The incomplete work has completed by raja Baliayar Singh Deo in the 17th century AD. Subarnameru mandir is one of the most famous temple in Sonepur, Subarnapur 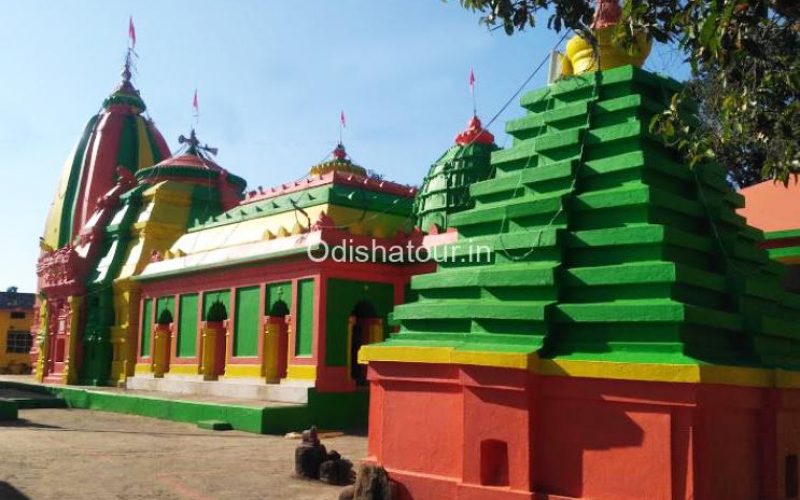 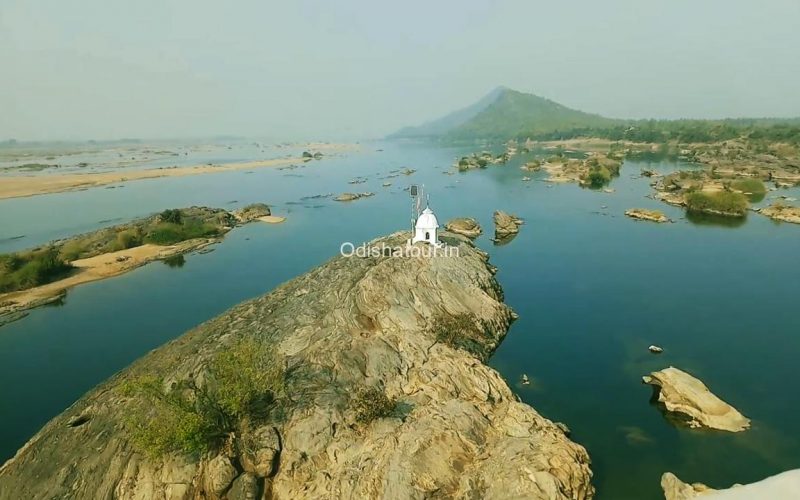 Mahanadi is the longest river in Odisha. It flows very clear through the Subarnapur rocky bed and sand dome of Various shapes and sizes. There are several ghats on the riverfront like Tentli ghat, Rajaghat, Dasamatighat, Gourighat, Mastyendraghat, Dhobaghat, Gokarneswar ghat, and Rameswar ghat etc. The most enchanting in the sight of Mahanadi on the full moon day. The Crushing on the crystal clear water and listening to the melody of gentle flowing Mahanadi in the stillness of the night. The river Mahanadi is famous here for a variety of fish and prawns. Sonepur Mahanadi Ghat is a tourist attraction places in Sonepur, Odisha.

Samaleswari Temple is situated around 02 km distance  from Sonepur Town. Maa Samaleswari is the presiding deity of Chouhan rulers is close to Sonepur palace. The temple faces towards the north. Goddess Samaleswari is standing in the Garvagriha facing the north. There is a Gajalaxmi image in the centre of the lintel of the entrance on the side of Mukhasala. Besides this, there are 12 niches with 10 Shakta goddesses and 2 Vaisnavite warp alas. The main temple Samaleswari was built by Raja Sobha Singh Deo. Maa Samaleswari Mandir is a famous temple in Sonepur, Subarnapur. 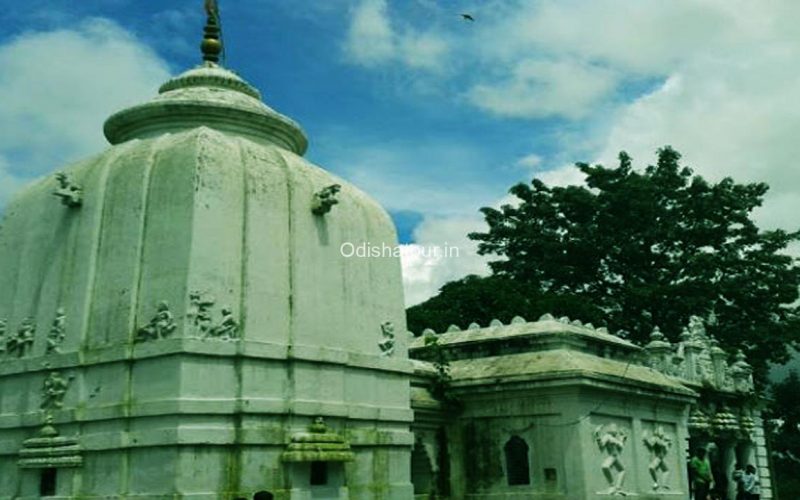 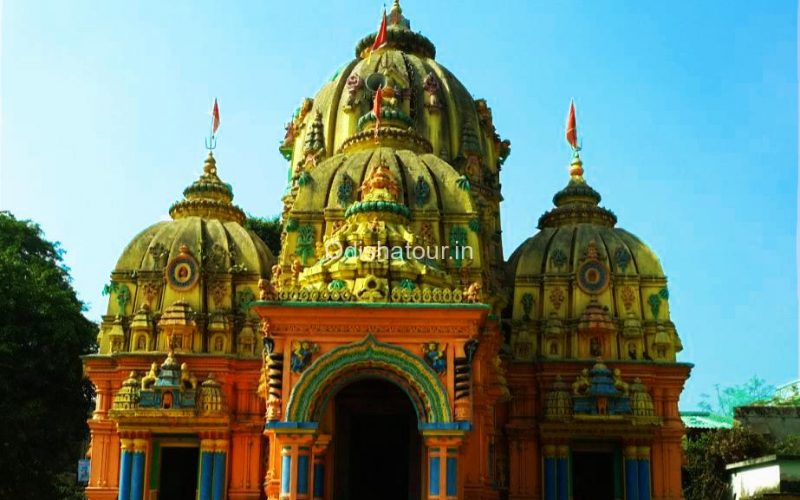 Pancharatha temple is situated at the centre of Subarnapur. This beautiful temple constructed in a chariot size resembles the Sun Temple at Konark. It is a Shiva temple where Siva, Parvati, Kartika, Ganesh and Brushav are worshipping in five shrines. It is believed that Pancharatha Temple was built by King Birmitra Singhdeo to commemorate the death of his son Prince Somobhusan. The holy month of Sravana and the annual festival is the Shiva Ratri, On this day, thousands of devotees come here to worship Lord Shiva. Pancharatha temple is a famous tourist places in Sonepur, Subarnapur

Kapileswar temple is situated at a 4 km distance from Binika near Charda and is 32 km away from Sonepur. Kapileswar Mahadev is the presiding deity of this place. This temple comparatively like the Baidyanath temple with exquisite workmanship belongs to Anangabhima Dev III in the 13th century AD. Throughout the year devotees come here to worship Lord Mahadev. Sonepur Kapileswar Mandir is a famous temple in Subarnapur, Odisha 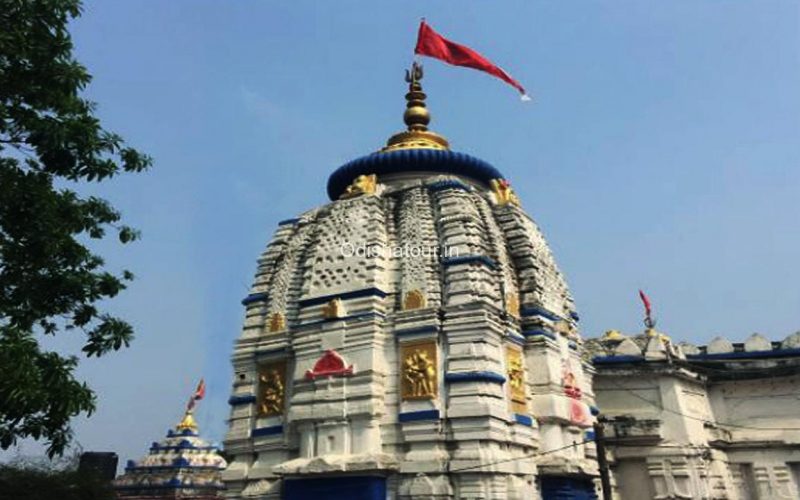 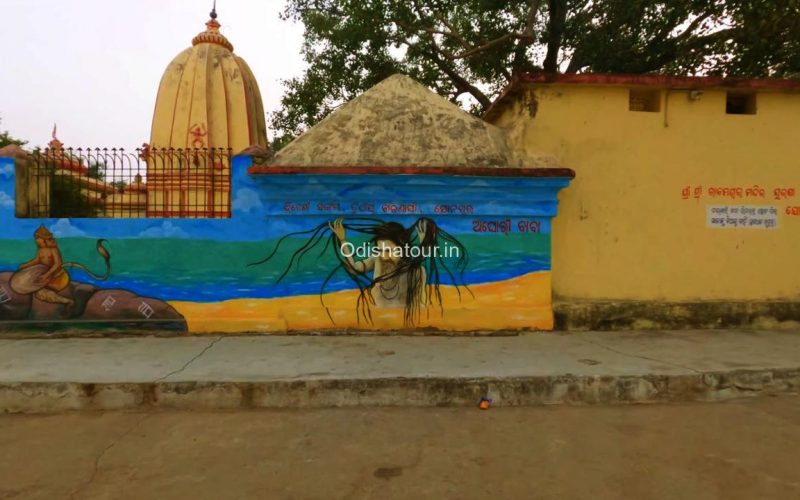 Rameswar Temple is 3 km away from Sonepur. It is situated on the confluence of the river Mahanadi and Tel River. It is a beautiful Saiva Pitha like Subarnameru. This temple consists of a sanctum, a Jagnmohan and Natamandap in the style of the Lingaraj temple of Bhubaneswar. The period of construction of the temple is about the 18th century AD. The lingam of the temple is very old. Legend associates Lord Ram with its installation. Maa Durga is also worshipped as Shakti like Parvati. Outside the boundary of the Rameswar temple. Sonepur Rameswar mandir is a best picnic tourist places in Subarnapur District.

The Gundicha temple is situated about 01 km distance from Sonepur town. The Nursinghanath temple of Sonepur is known as the Gundicha mandir. It is the Highest monument of Sonepur representing the Last flicker of the Chouhan dynasty. This is 90 feet high and the highest temple in western Odisha built by Rani Gundicha Devi wife of Raja Prithviraj Singh Deo. Sonepur Gundicha Mandir is ancient temple in Subarnapur, Odisha. 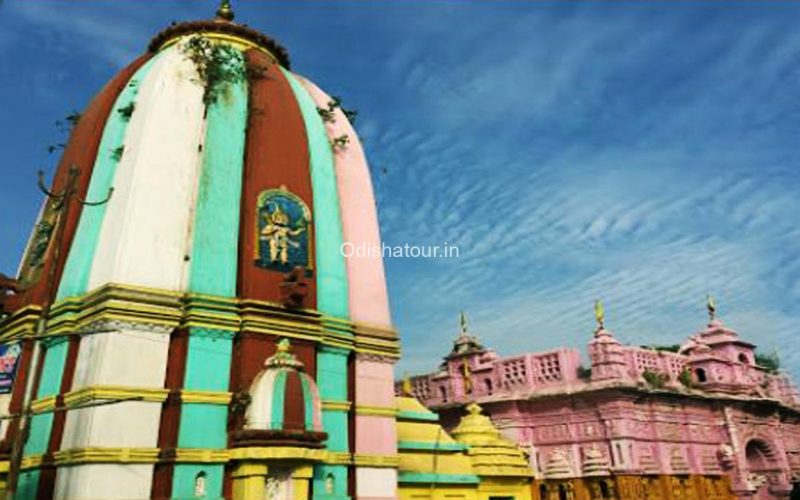 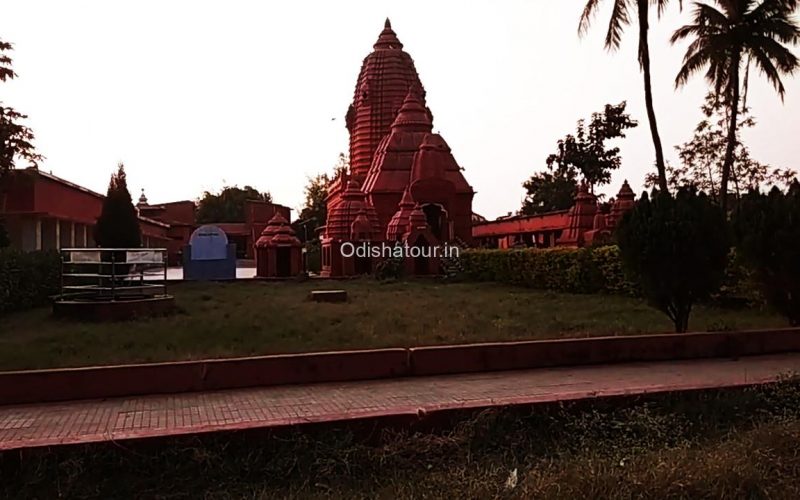 Bhima Bhoi Samadhi Pitha is situated in Khailiapali village, 30 km away from Subarnapur was the Sadhana Pitha. Poet Bhima Bhoi where his samadhi mandir or Surya Mandir has located. It is empty shrines in which his mortal remains are interred. The 109 years of old samadhi mandir was in a state of ruins. It was given a facelift by the joint effort of Bhima Bhoi Samadhi Pitha trust, Khailiapali and Sonepur district administration. A large number of followers of Mahima Dharma are staying here in the Ashram and observing daily worship. Bhima Bhoi has written many books about Mahima Dharma. Bhima Bhoi Kala Mandap is a famous tourist destination in Subarnapur, Odisha

Papakshya ghat is situated at Binika In Subarnapur District and is 27 km from Sonepur town. The popular belief goes that a deep here washes away all sins and according to legend king Anatabhima Dev of puri affected with a dreadful disease which was cured by taking a holy dip here. The people through the place in large number during the lunar eclipses and solar eclipses for a dip. Binka Papakshya ghat is a popular tourist places in Sonepur, Subarnapur. 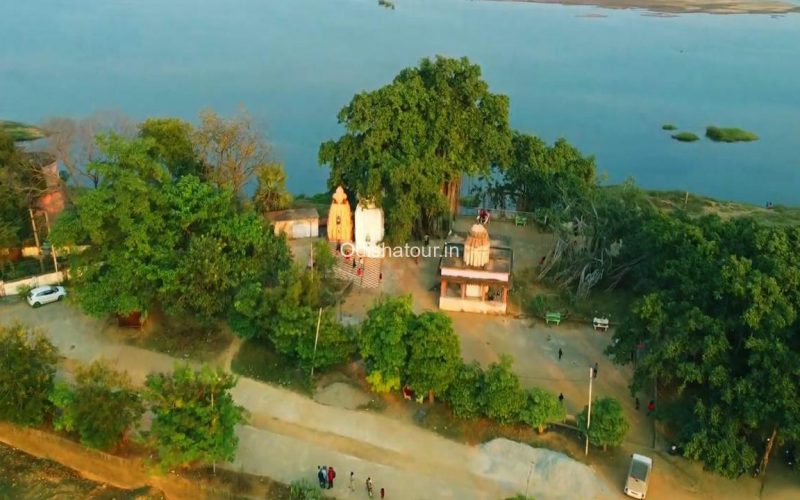 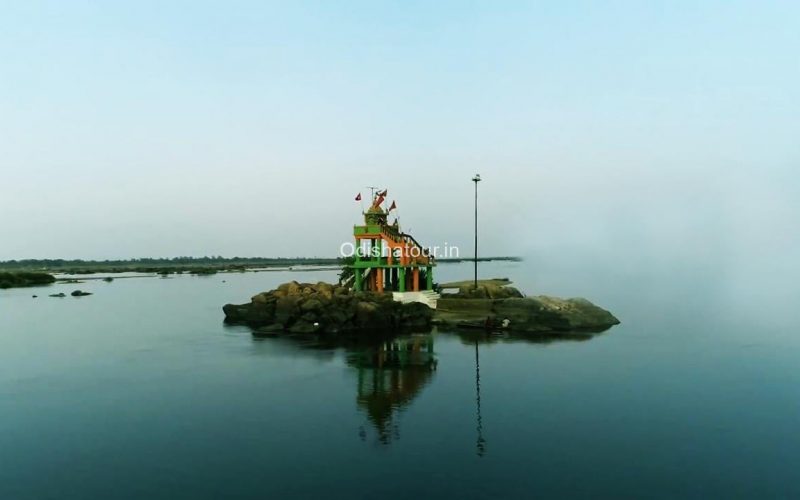 Lankeswari Temple is located inside the river Mahanadi at Sonepur town in Subarnapur district. Once upon a time Sonepur region was known as Paschima Lanka. Goddess Lankeswari was the presiding deity of Paschima Lanka. Now Maa Lankeswari is worshipped by the Kaivarta (fisherman) community of Sonepur and the people of Subarnapur district. One can see this temple while travelling on the road connecting Ulunda, Dharmasala, Sonepur and Birmaharajpur. Lankeswari Temple is a popular tourist attraction place in Subarnapur, Odisha.

Thengo Dam is a famous picnic spot located Birmaharajpur Block on Harihara Jora Irrigation Project. The dam site gets thousands of local visitors around the year for a picnic and other recreational activities because of its natural and beautiful environment.  Manned boat rental is on offer. One can enjoy the sweet and charming sound of various species of birds including peacock. During the winter this place attracts many foreign birds, which generally come to Chilika Lake. Thengo dam is a best tourist places in Sonepur, Subarnapur 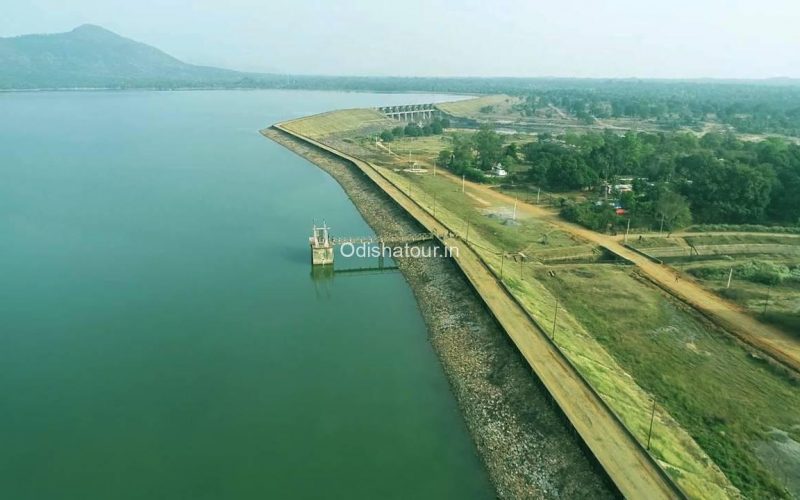 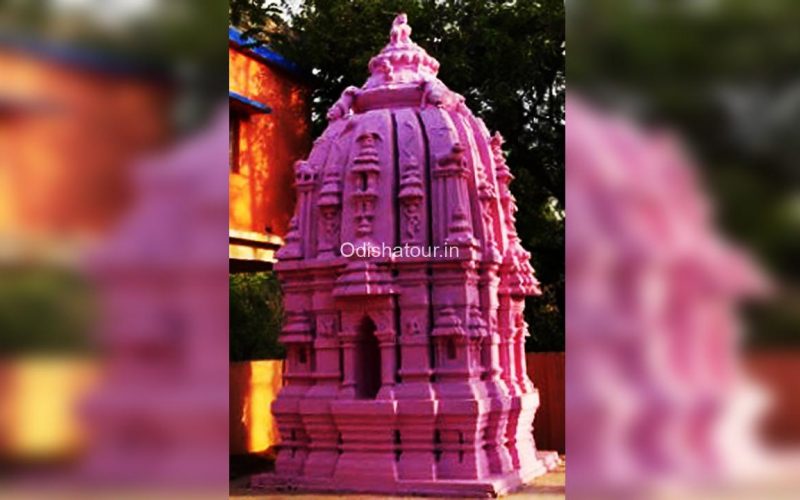 Sashisena temple (Nimunhi Temple) is situated 1 km from Sonepur Town. It is one of the famous temples Subarnapur is popularly known as Nimuchi Deula. It is a centre of Buddhist culture, having stone images of Buddhist heritage. The temple was built in memory of the immortal love of Aahimanikya, the son of Amravati state Princess Shashisena and Subarnapur state minister in 1902-1937 AD. There is no entrance to the temple, which is known as Nimuchi Deula in the regional language. Sashisena temple  is a ancient temple in Subarnapur.