Sundargarh is one of the Western border districts of Odisha and 407 km away from Bhubaneswar. Sundargarh is the district headquarters. In this beautiful District 43 per cent of its total area is under forest cover and numerous colourful tribes dot its landscape with abundant mining potential. The district of Sundargarh is recognized for its industries. Steel Plant, Fertilizer Plant, Cement factory, Ferro Vanadium Plant, Machine building factory, Glass and china clay factory and Spinning mills.

Sundargarh occupies a prominent position in the mineral map of Odisha and is rich in iron ore, limestone, manganese, dolomite, and fire clay. Sundargarh District is one of the tourist places in Odisha. Rourkela, Vedavyasa, Manikmonda, Manindra dam, Ghogar, Khandadhar, Mirigikhoj Waterfall Deodaraha and Darjeeng are the Best Tourist Places in Rourkela, Sundargarh. 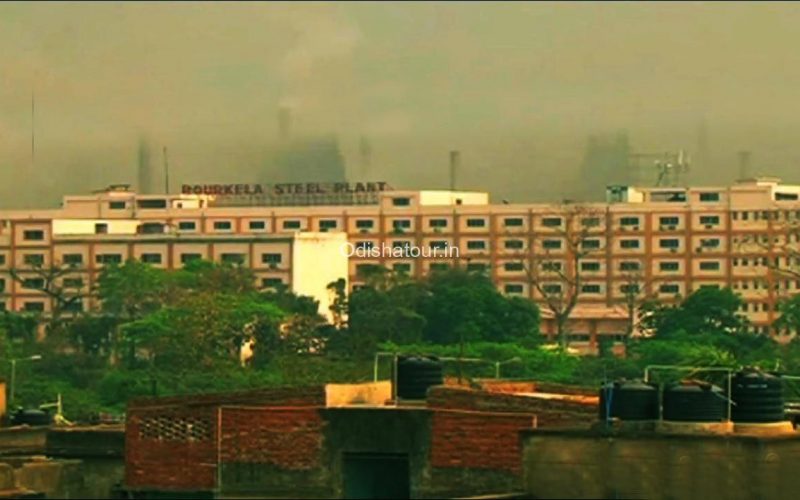 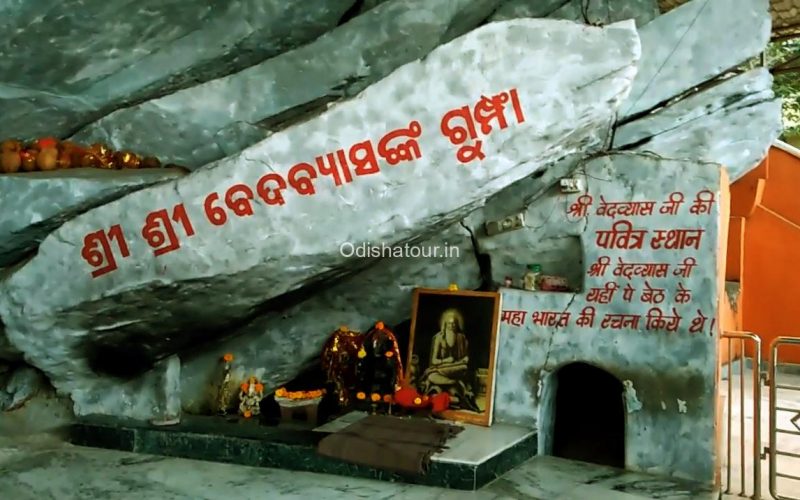 The Vedvyas temple is located on the banks of the Brahmani river. It is just 5 km from Panposh and 12 km distance from Rourkela city. The atmosphere of the Vedvyas temple is calm and religious. It is named after the great Rishi Vedvyas – the writer of the Hindu epic Mahabharata. History has it that this was the birthplace of saint Veda Vyasa, and he wrote the Mahabharata in this Vedvyasa cave. The temple is situated at the confluence of the Koel, Sankh and Saraswati rivers. Vedvyas temple is one of the most popular tourist places in Rourkela, Sundargarh

Rani Sati temple is located at Vedvyas, and it is 35 km distance from Rourkela Town. Rani Sati Temple is called the second Jhun-Jhun Dham of India. Sprawl over an area of 2 acres of land, Rani Sati Temple.  The structure of the white Marvel temple is beautifully decorated with paintings. With a golden pot on top of it looks like a palace. In addition to the daily rituals on auspicious days like Bhado Amavasya. On the no moon day, special pujas are offered here. Rourkela Jhun Jhun Rani Sati Temple is one of the famous temples and a popular tourist places in the Sundargarh District. 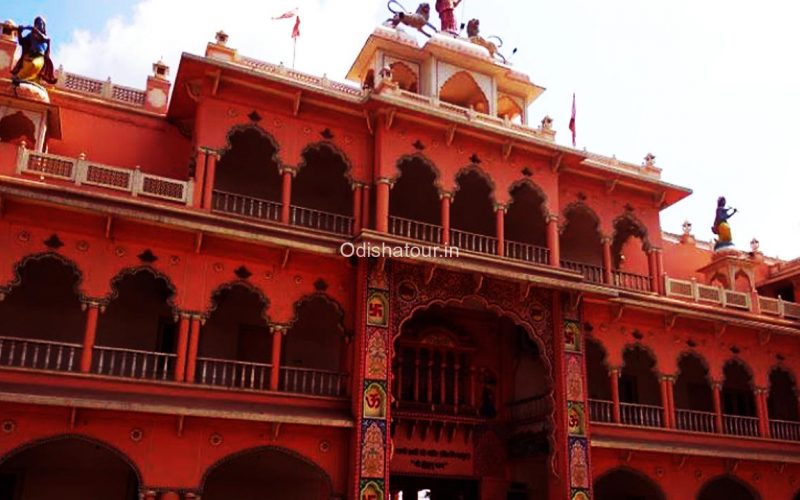 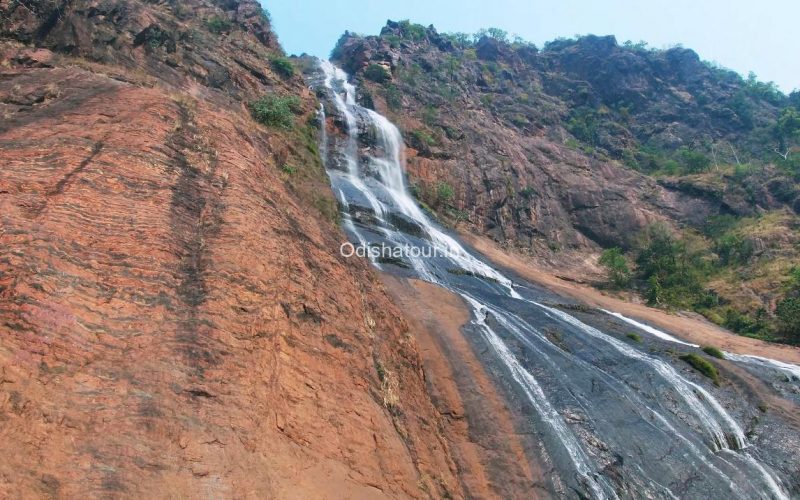 The Khandadhar Waterfall and Nature Camp have located at Nandapani and is 104 km distance from Rourkela Town in Sundargarh District. Khandadhar is a glittering waterfall created by a perennial rivulet called Korapani Nala within a few km of its origin. The height of this waterfall is around 244 meters. It is the 12th highest waterfall in India and One of the highest waterfalls in Odisha. There are two ways to reach the viewpoint of the waterfall one is Khandadhar Trekking Way, and another is to climb about 650 stairs. Rourkela Khandadhar Waterfall is one of the most popular tourist places in the Sundargarh.

The Jagannath Temple is situated at Ahirabandh in sector 3, Rourkela. This Jagannath Mandir is one of the most famous Hindu temples in Rourkela. Lord Balabhadra and Goddess Subhadra are also the presiding deities of this renowned temple. The height of the temple is about 90 meters. The main festival is Rath Yatra, Apart from this, 13 festivals are celebrated in this temple with great fanfare throughout the year. The place attracts thousands of visitors and Pilgrimages for its Panoramic Picturesque of this temple. Rourkela Jagannath Temple is a famous temple in Rourkela, Sundargarh 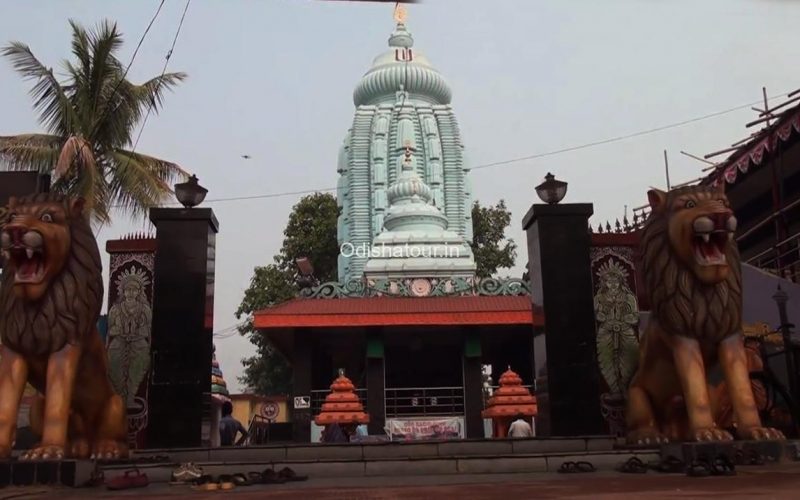 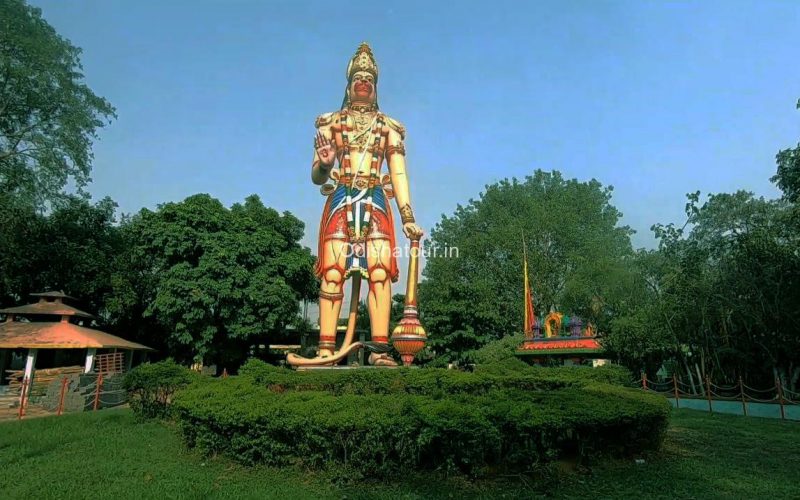 Pitamahal dam is a popular picnic spot near Rourkela. It is located about 22 km distance from Rourkela and 12 km from Vedvyas Temple. The dam was constructed in 1978 across river Pitamahal, a stream of river Sankha which meets river Koel upstream of Panposh to form river Brahmani. Pitamahal Dam area best places for a photoshoot in Rourkela. Pitamahal Picnic Spot is one of the most popular tourist places in the Sundargarh District. It is the best place for Picnic, Excursion & Weekend holidays in the winter season 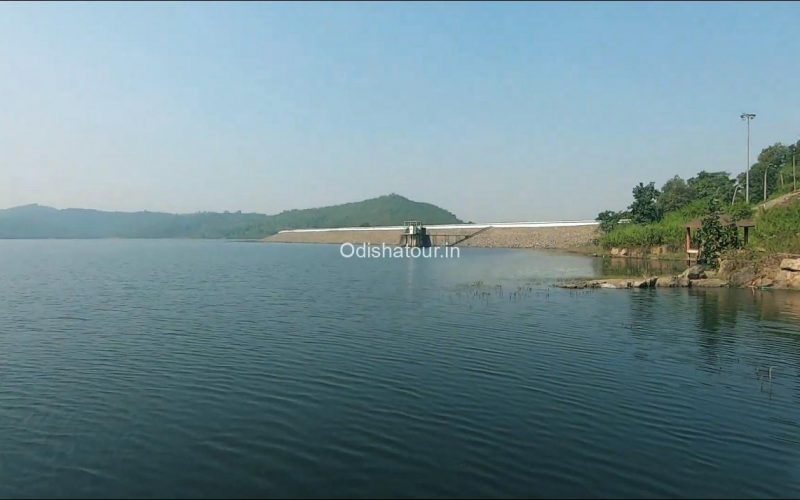 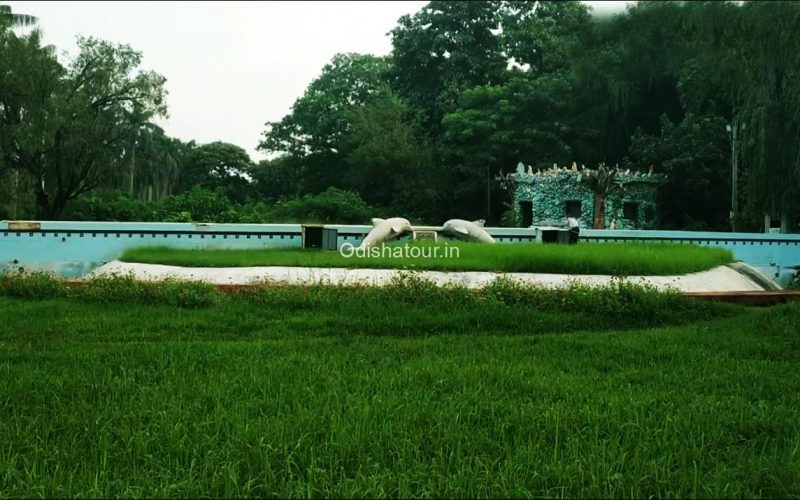 The park is located around 3 km from Rourkela bus stand. This Park is sprawling over a large 42 acres of land, this park beaded with houses grass meadows, gardens, a small zoo, aquarium, lake, and a doll museum. The garden includes different varieties of floral species along with lawns and a musical fountain. The zoo consists of different kind of birds, Deer, black beer, peacock, and crocodile and some animals. This small yet beautifully planned zoo doesn’t stop here to attract kids, it also has a toy train for the small ones which gives children a fascinating tour of the entire zoo.

Sarafgarh Dam Irrigation Project is a reservoir scheme situated near the village Saraphgarh in Sundargarh District. It is around 38 km distance from the Sundargarh bus stand. The Sarafgarh Dam and Nature Camp is surrounded by hills and lush green trees that make the area more attractive. There is a Nature Camp near the dam, which includes a beautiful Park, water fountain, Viewpoint and Shiva temple. The Winter season is a great time to have a Picnic, and tourists come here during this time. Sarafgarh Dam and Nature Camp is one of the most popular tourist places in Rourkela, Sundargarh, Odisha. 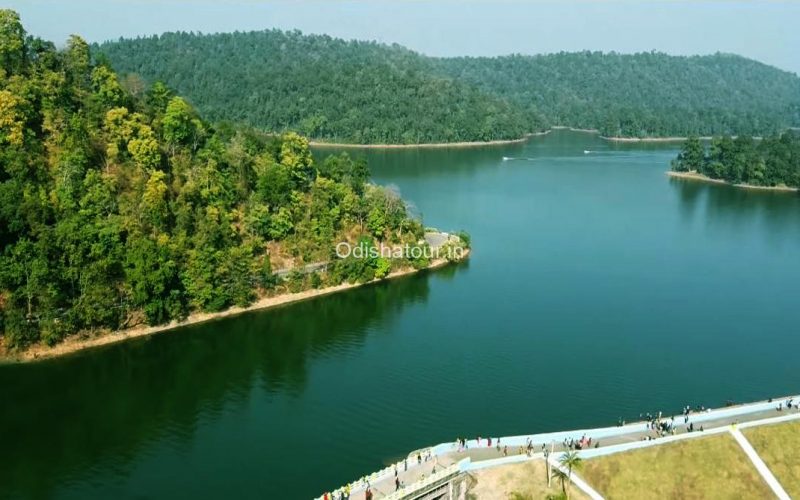 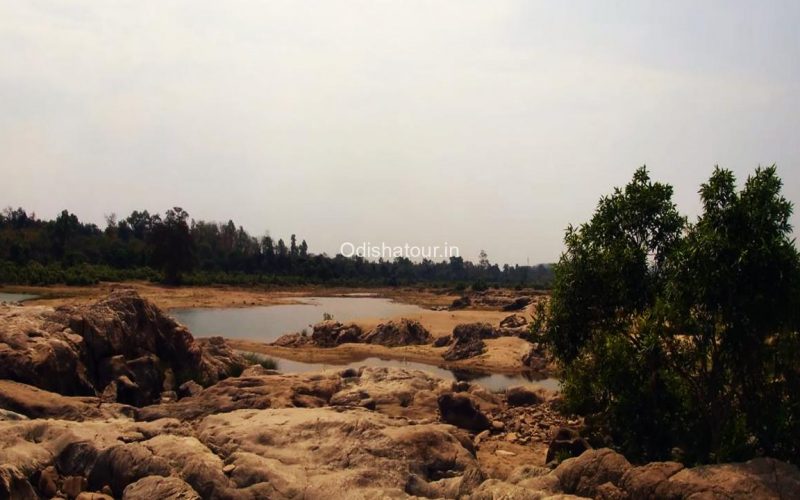 Darjing picnic spot is located on the banks of river Brahmani near Darjing Village and it is about 46 km away from Rourkela City. This place is  covered with Blue Stone and hills. The natural beauty of the spot can be enjoyed in time of sunrise and sunset.  Darjing picnic spot is a top tourist attraction near Rourkela town. Main attraction of the place is the large stones in the river, which tourist enjoy picnics. It is a good place for a weekend picnic in the winter season. Bluestone Picnic Area is located 8 km from Rourkela town. Rourkela Darjing is a popular tourist places in Sundargarh, Odisha.

Mata Vaishno Devi Temple is situated at a distance of 3 km from the Rourkela bus stand. Vaishno Devi Temple was established in 2000 on the Durgapur hill in Rourkela. The place is surrounded by dense green forests and scenic nature. There is also a Bhairavnath Temple situated in the near vicinity of the temple. Tourists and visitors have to climb around 600 stairs to reach this sacred site in Rourkela. Navaratri festival is one of the grand festivals in the Mata Vaishno Devi temple. Many devotees from Ranchi, Jharkhand and Sundargarh districts come to observe the festival. Mata Vaishno mandir is a famous temple near Rourkela town. 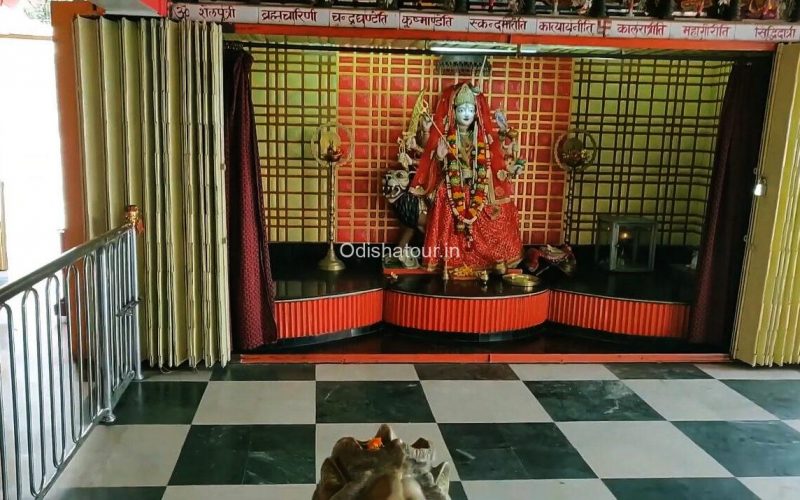 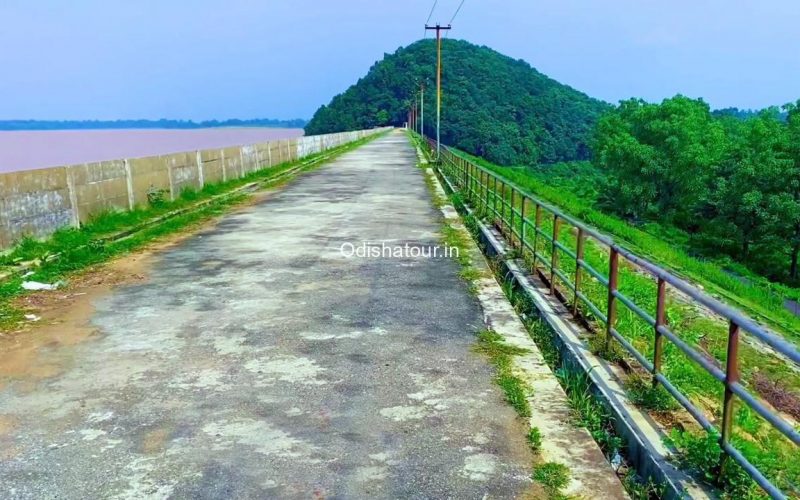 Mandira Dam has been built over the Shankh River. The Reservoir is located at a distance of 32 km from Rourkela Town. It is 16 km upstream from Mandira. The dam has surrounded by hills and green forests that enhance the beauty of the place. . It attracts tourists and visitors to come here for its dense forest and beautiful nature. There is a viewpoint in between to see the full Dam view. Winter is a great time for picnics, which many tourists come to visit this place. Rourkela Mandira Reservoir Dam is one of the most popular tourist places in the Sundargarh District, Odisha.

The Kansbahal Dam is located near Kansbahal Village, and it is 33 km distance from Rourkela town. Kansbahal reservoir has surrounded by mountains and green forests. It is interesting to see the beauty of the dam at sunrise. The place is Attracts tourists to come here in winter for a beautiful natural environment. It is a good place for a weekend picnic in the winter season.  A large number of tourists come here to Weekend Party on the reservoir in the winter. Kansbahal  picnic spot is a best places for a photoshoot in rourkela. Kansbahal Dam is one of the most popular tourist places in the Sundargarh District, Odisha. 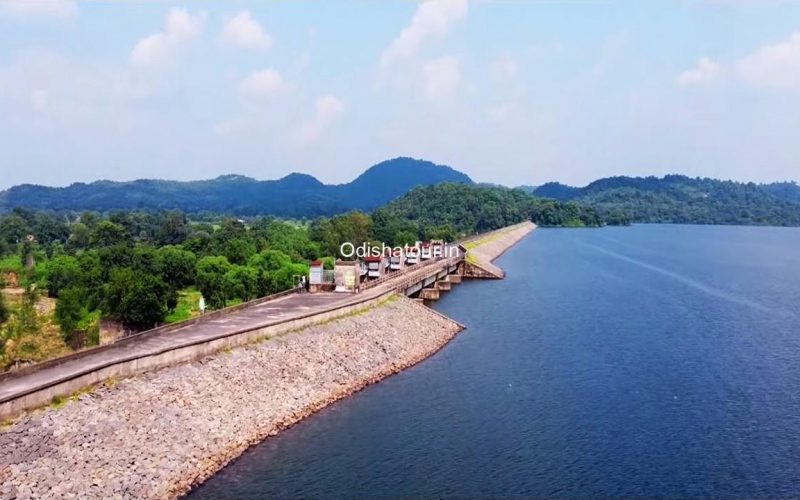 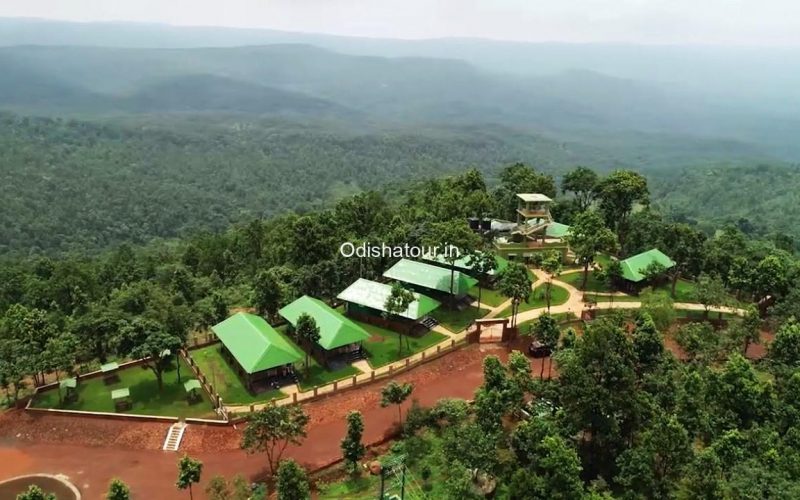 Tensa Hill Station is located in the Bonai Forest Division of Sundargarh district. It is about 93 km distance from Rourkela and 13 Koira bus stand. This hill station and nature camp, full of natural beauty, is surrounded by iron mines, hills and forests. Tensa Ghati’s height is about 3,700 meters above sea level. Rourkela Tensa Hill Station and nature camp are the most popular tourist attractions of Sundargarh District in Odisha. Winter Season is the best time to visit Tensa Hill Station, which attracts a large number of tourists from Odisha and neighbouring states. 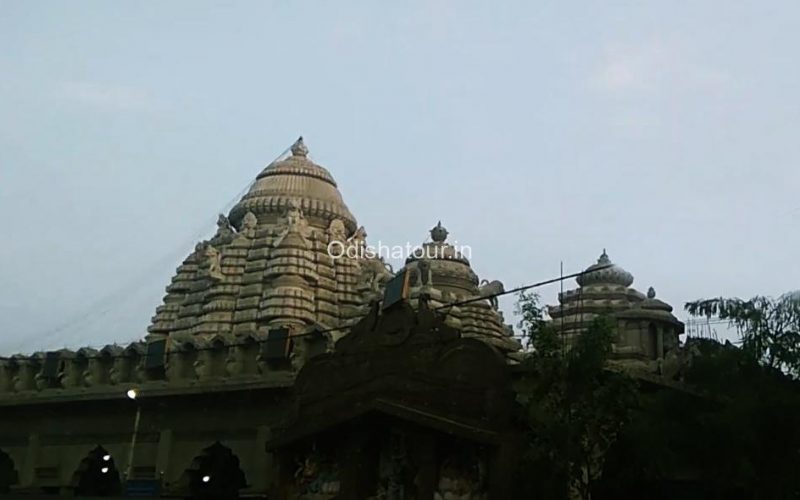 The temple is 9 km distance from Rourkela. The goddess Maa Tarini presiding deity of local. The temple was established in the year 1969. Every day a large number of devotees come here to worship Rourkela Tarini temple is one of the famous temple in Sundargarh.

20 Best Places to visit in Rourkela

The best time to visit Rourkela is the Winter Season, and Between November to June month