Jagatsinghpur is the headquarter of the district. It is 72 km away from Bhubaneswar and 42 km from Cuttack. It is one of the smallest districts in Odisha having only one Sub Division. The Jagatsinghpur district is surrounded by Bay of Bengal in the East. The district has more significance for its religious centre, Paradip port, Paradip Seabeach, Sarala Temple(Jhankad), Gada Kujanga, Gorakhanath Temple, Jagannath Temple of Garoi Ashram is also Best tourist places in Jagatsinghpur

Paradeep Port is located 94 km away from Cuttack and Bhubaneswar 124. It a major seaport of India for trade activities with a fine sea beach. It is famous for fish trading centre of eastern India. Many international ships can be seen in this port. Paradip is one of the Major Ports of India. A maritime museum and an aquarium with different types of sea animals are kept here. The musical fountain at the sylvan gardens of “Smruti Udayan” Gopabandhu Stadium, the officers club, golf course and lighthouse is very excellence. 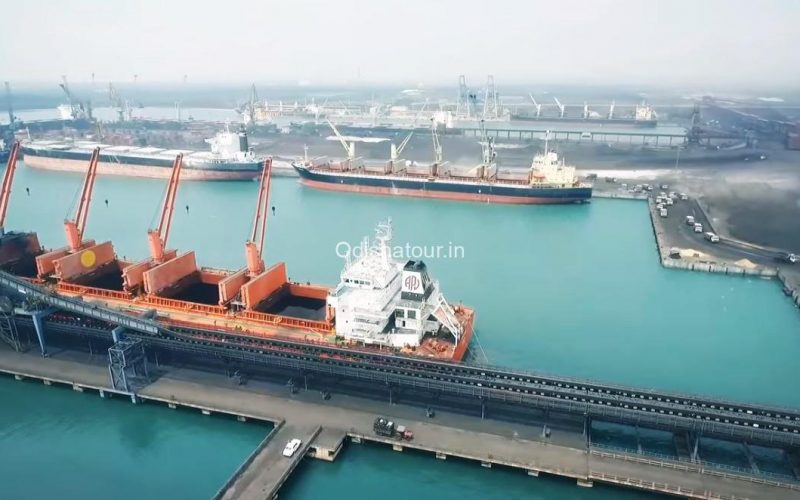 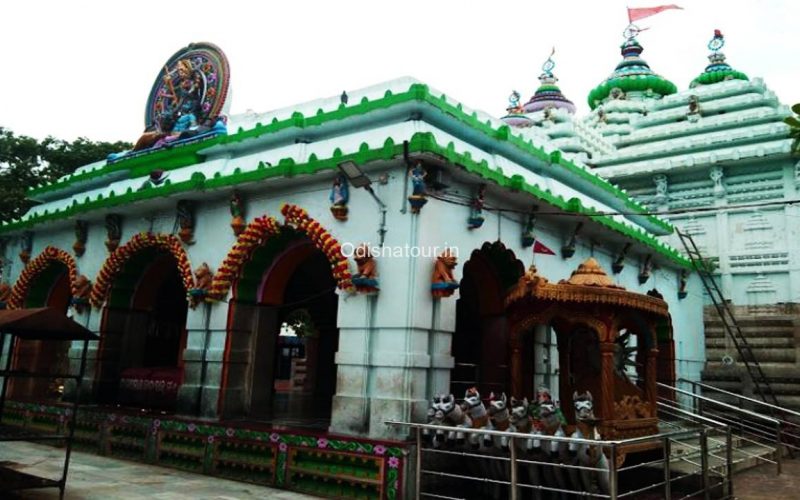 Jhankad is famous for the goddess Maa Sarala temple. It is located just 15 km away from Jagatsinghpur Town and about 54 km from Cuttack. Goddess Sarala is the best one of wisdom and power. She is called Maha Saraswati and one of the eight prominent Shakti Pithas of Odisha. Sidheswar Parida named Sarala das who has written Sarala Mahabharat by the blessing of goddess Sarala in the century AD. The environment of the place is very calm and quiet. Throughout the year devotees from different parts of Odisha came here to worship goddess Sarala. Maa Sarala Mandir is a famous temple in the jagatsingpur District.

Gorakhnath Pitha is situated around 13 km distance from Jagatsinghpur town. It is a famous lord shiva temple in Odisha. Gorekhanath is an Important place at Nath dharma Machendranath, Lupia, Hadipa, and Gorekhanath are the preachers of Nath dharma in Odisha. Machendra Nath came from Sanatan Dharma Gorekhanath is one of them. He travelled all over Odisha preaching the Nath religion. Goddess Sarala Temple is just 5-6 km away from Gorekhanath Pitha. Gorakhnath temple is one of the most popular tourist places in the Jagatsinghpur District. 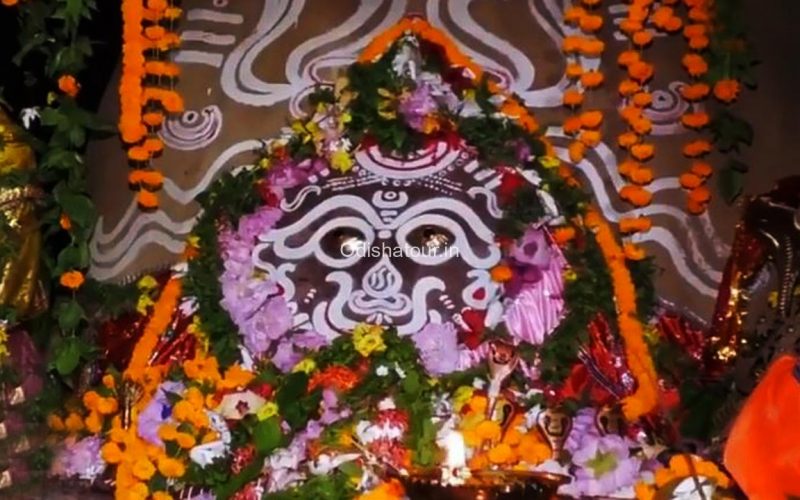 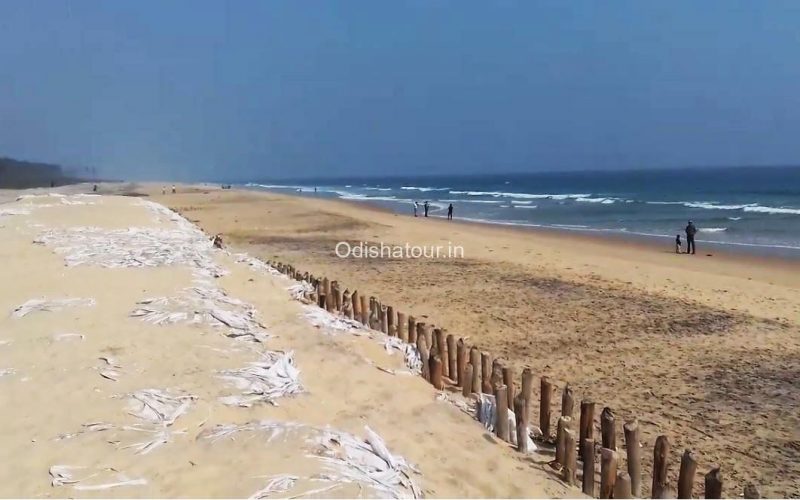 Siali Sea Beach is located at a distance of 46 km from Jagatsinghpur and 106 km from Bhubaneswar. It is one of the picturesque beaches in coastal Odisha. A beautiful and peaceful beach and yet unexplored. The best time to visit Siali is in the winter season. The Oceanic view of the sunset is very very beautiful. Siali Sea Beach is One of the cleanest beaches in Odisha. Siali Beach is a top tourist attraction in Jagatsinghpur.  It is a beautiful picnic spot and also a peaceful place like Puri beach. Red crabs and jellyfish can be seen on the beach, which is another attraction of Shiali Beach.

Gobardhana Pitha Garoi Ashram is located at Garoi Village of Jagatsinghpur District. Rishi Gobardhan statue is worshipped here. The Temple is named after the Rishi Gobardhana. It is also famous for Jagannath temple and Swetabata at the 30 km distance from Paradeep. Lord Jagannath, Balabhadra and Devi Subhadra are being worshipped here along with Maha Lakshmi, Maha Saraswati, Maha Kali, Lord Mahadev and Lord Hanuman. The lord Jagannatha temple made by Budhha Baba. The Place is attracting thousands of visitors and Pilgrimages for its Panoramic Picturesque as this temple. Govardhana Pitha garoi ashram is one of the most popular tourist places in Jagatsinghpur District 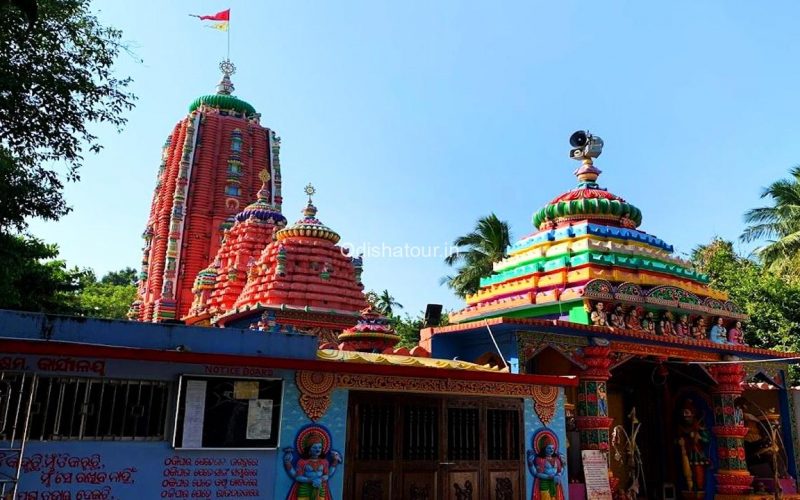 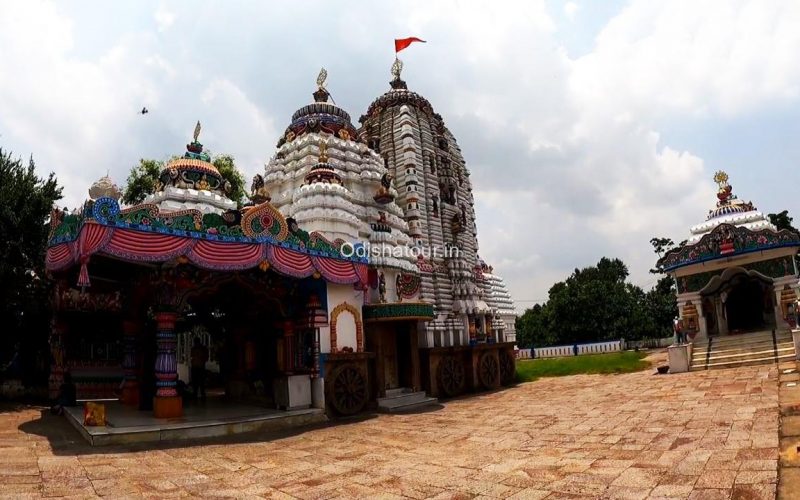 Dhyankud(Dhankud) Jagannath Temple is situated about 15 km away from Jagatsinghpur Town. It is a famous Hindu temple dedicated to Lord Jagannath and located on the bank of the Devi river. The temple is an important pilgrimage destination for many Hindu traditions, as Puri Lord Jagannath. Lord Jagannath, Balabhadra and Goddess Subhadra are worshipped in this temple. It is said that the Panchasakas was meditating in this place. That is why their idols are seen under a tree at the entrance of this temple. Dhyankud temple is a tourist place in Jagatsinghpur District.

Gada Kujanga Jagannath Temple is 50 km from Jagatsinghpur Bus stand and 35 km from Paradeep Sea Beach. Kunja Behari is the presiding deity of this temple. According to the Madala Panji, the Kunjbihari temple is associated with the Puri Sri Jagannath Temple. Bishar Mohanty brought Lord Jagannath’s Navi Brahma and placed it in this Garhkujanga, and at this place, the king of Kujang built a temple in 1570. Later Lord Jagannath and Balabhadra’s Navibrahma was taken to Puri, and Devi Subhadra’s navel Brahma is worshipped here, so Garh Kujanga is known as Subhadra Kshetra. Gada Kujanga temple is a famous temple near Paradeep. 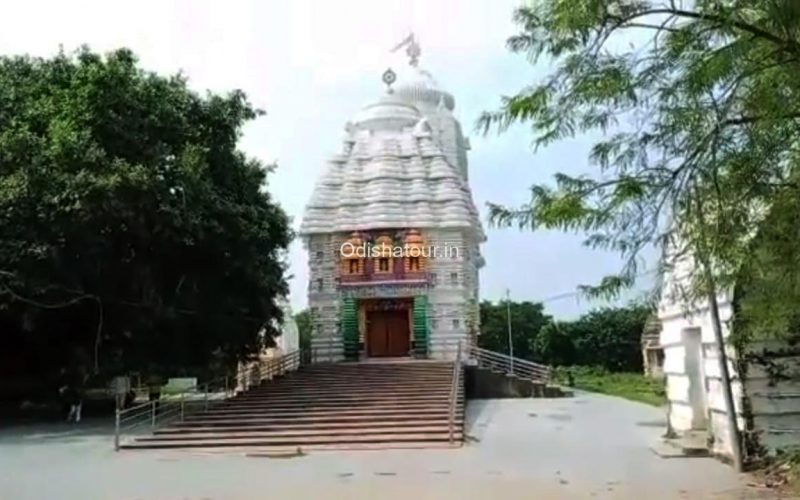 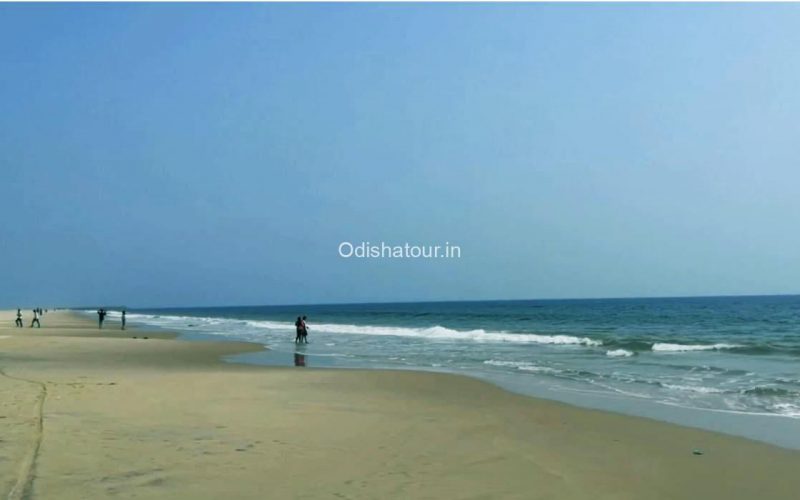 Paradeep Beach is located at a distance of 63 km away from Jagatsinghpur and 94 km from Cuttack. It’s near Paradip port, One of the famous ports of India. This beach is simply awesome for its cleanliness and peace of these surroundings. There are so many places to see on and around the beach like a lighthouse, Biju Minar, Aquarium, Science park, Hanuman Mandir etc. Pardeep sea beach is the best place to visit during the day and the Evening. From this beach, you can see the big ships of the port of Paradip. Paradeep sea beach is a top tourist attraction in Odisha.

The Marine  aquarium is located close to the Paradeep beach. One of the best place in the Paradip Sea Beach fully air-conditioned and well decorated by colourful lights. 28 species of fishes are collected here in these glass framed aquaria inside the environment is too quiet to observe all types of fishes along with their name and scientific name. The main attraction of the aquarium is so beautiful lobsters very nice feeling to see it. Since this Aquarium is near Sea Beach, many tourists come here to visit this Place. 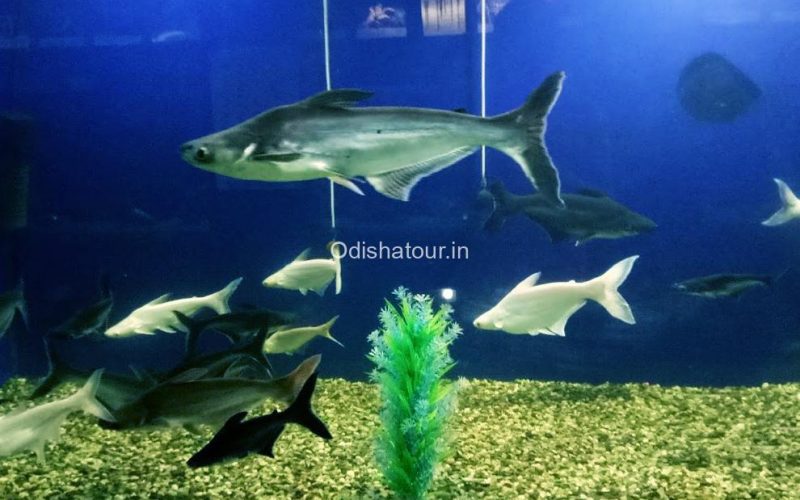 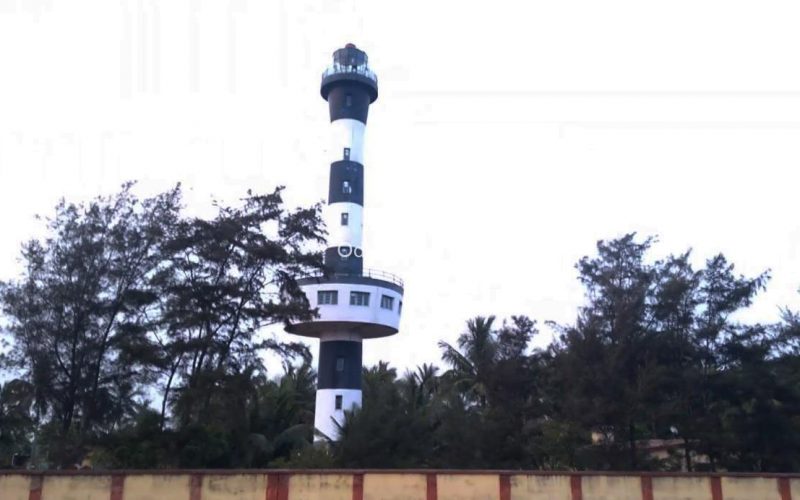 Paradip is a port town situated on the mouths to Mahanadi River and is about 95 km by road from Cuttack. The need for establishing a major Lighthouse arose due to the setting up of a major port at Paradip in the 1960s. The work on the construction of 40m RCC circular tower started in December 1982 and was completed in March 1987. best tourist places in jagatsinghpur

Smruti Udyan is located very near to the Paradeep Sea beach in Paradip. It is close to Paradip Sea Beach, so many tourists visit the Smruti park. The Park made in memories of the 1999 super cyclone in Odisha. Buddha and elephant statues and a big Boat inside the Park are attracting more and more tourists. . It has also Boating facilities with and water dancing show inside the Paradeep Smruti Udyan. It is very near to the sea beach in Paradip. Many tourists coming to Paradeep beach for a picnic visit the Eco Park. Smruti Udyana is a popular tourist attraction in Jagatsinghpur, Odisha. 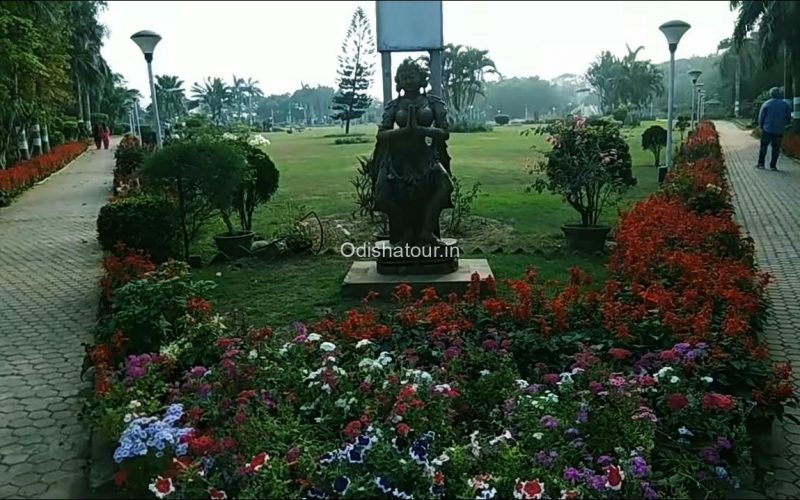 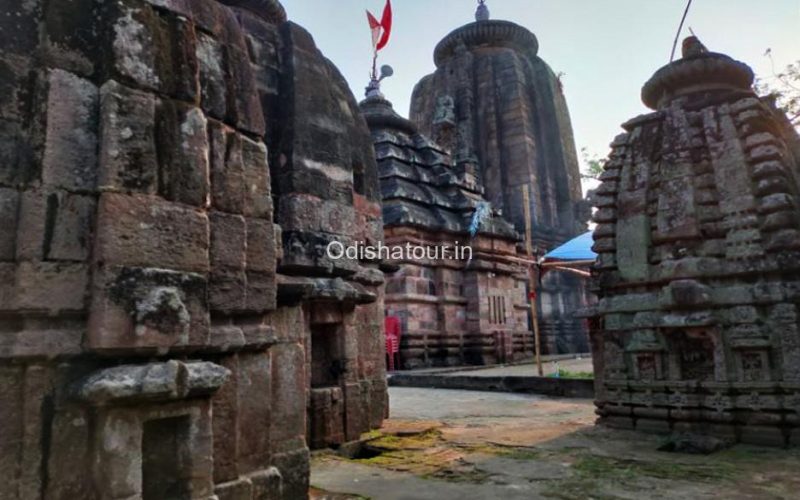 Trilochaneswar Temple is located about 16 km from Jagatsingpur town near Kundeswar village. Lord Trilochaneswar Mahadev is the presiding deity of this place. This temple has built before the Lingraj temple of Bhubaneswar. The main function of this place is Maha Siva Ratri and Dola Yatra. Thousands of devotees come here every year to watch the festival. 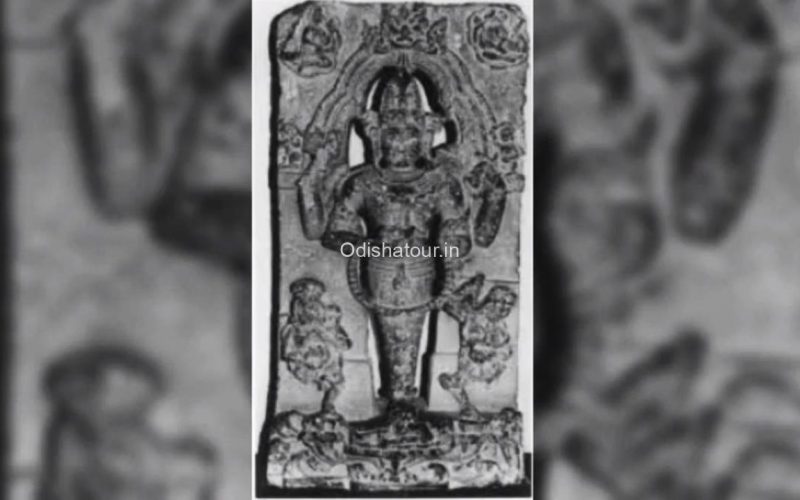 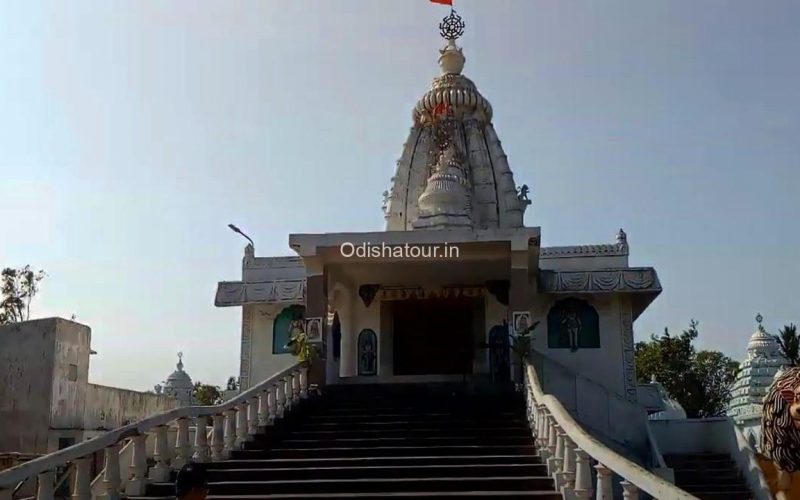 Paradeep Jagannath temple is situated 2.5 km from Paradip sea beach and 68 km from Jagatsinghpur Town. Lord Jagannath, Lord Balabhadra and Goddess Subhadra are also the presiding deities of this temple. Ratha Yatra is the main festival of this temple. Devoted to Lord Jagannath, The temple is one of the most famous Hindu shrines in the city. The Place is attracting thousands of visitors and Pilgrimages for its Panoramic Picturesque as this temple. This temple is one of the top destinations for tourists and devotees. Paradeep Jagannath mandir is a famous temple in Jagatsinghpur.

It is an attractive tourist spot comprising vast green shades of casuarinas vegetation, shimmering golden beaches, natural creeks and island, A perfect place to soak oneself in the organic value of nature. The tourists can avail better accommodation facilities are at Paradip. Sandhakuda island is a Best tourist places in Jagatsinghpur 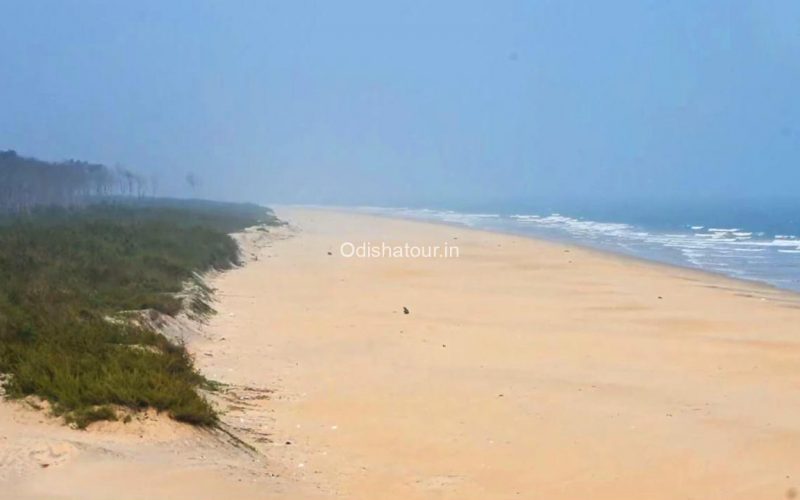 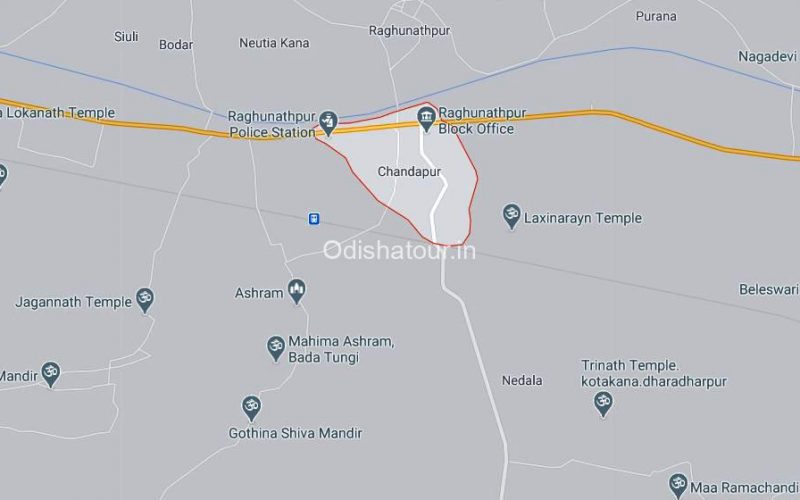