An excavated remains of a Buddhist statue is seated in front of the king’s palace in Yoga mudra. Boudha is surrounded by hills and dense forest among the district the river. Mahanadi is flowing down towards the east. Most of the inhabitants of this district are Adivasi, Kandhas and other castes. Boudh is famous for handloom products like tusser and silk items. The temple of hanuman and Matangeswar temple on the bank of river Mahanadi attract the people. Boudh Tourist places are Rameswar temple, maa Bhairabi Temple, Charisambhu Temple, Nayakpada Cave, Sagada Dam.

Rameswar temple is located inside Boudh Town. The temple looks like a star. Lord Dhabaleswara Siba, Swapnesvara, Paschima Somonatha and Lord Bhubaneswar are presiding deities of this temple. The stone carvings used in all these temples are of the highest quality, which attracts tourists. This temple is like the Mukteswar temple in the capital Bhubaneswar. The triple temples are arranged on three corners of a rectangle, the first two facing east and the other to the west. The temple was built in the ninth century by Boudh king Rana Bhanjadev. Thousands of devotees come here every year to watch the picturesque of this temple. Rameswar Temple is one of the famous tourist places in Boudh, Odisha. 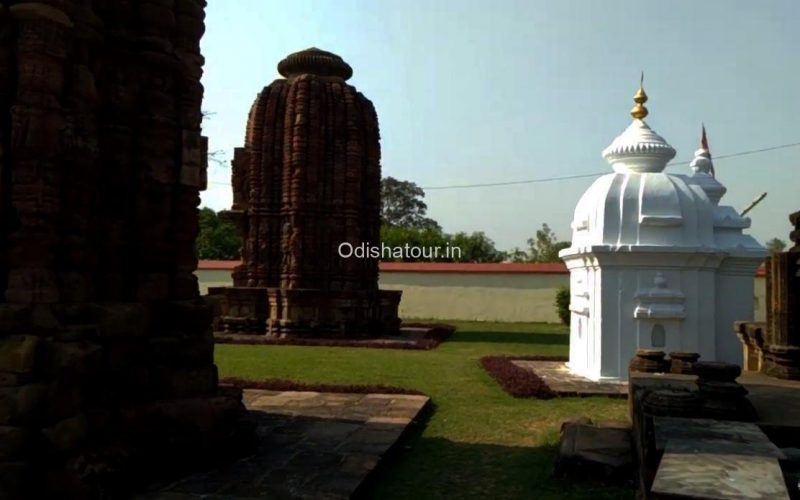 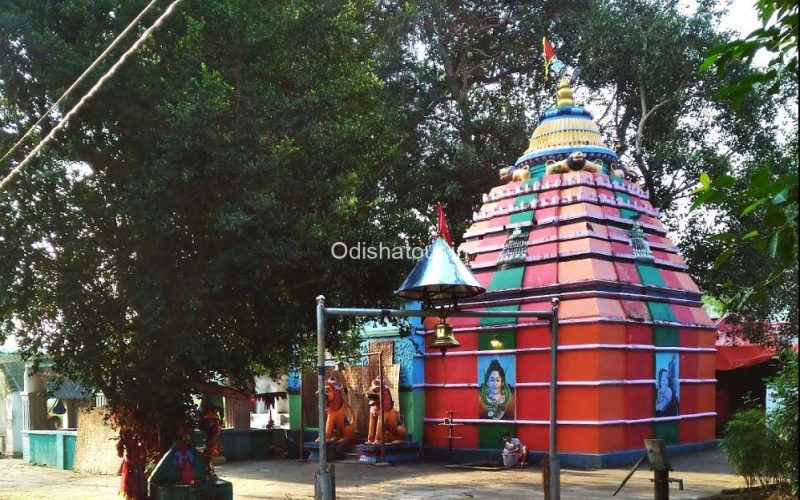 The Bhairabi Temple is situated 29 km from Boudh and 42 km from Phulbani. Maa Bhairabi is the presiding deity of the temple. The first temple was situated in a cottage house and a thorny forest surrounded by bamboo trees. In 1969 a temple was constructed by Sitaram Agrawal and Nandulal Agrawal. Goddess Bhairabi is daily worshipped by Dehuri Pujak but on festival days by Brahmin Purohita. Durga Puja and Kali Puja are the main festivals of this temple. Maa Bhairavi is a mixed place of Mantra, Yantra and Tantra. Bhairavi Mandir is one of the famous temple tourist places in Boudh, Odisha.

The Charisambhu Temple is 15 km away from Boudh near the village at Gandharadi and Jagati. The temple is a unique centre of Saivism and Vaishnavism. Lord Vishnu and Lord Shiva Worshipped separately with two different temples in the same temple premises. There is a twin temple of Nilamadhab and Siddheswar on the bank of the river Mahanadi. The construction method of both temples is attractive. The Siva Linga has fixed on the pinnacle of the Siddheswar temple, a statue of Madhab on the top of the Nilamadhab temple instead of Trisul and Nilachakra, which is a specific and rare sight in comparison to other temples of Odisha. Gandharadi Charisambhu Mandir is a famous temple in Boudh, Odisha. 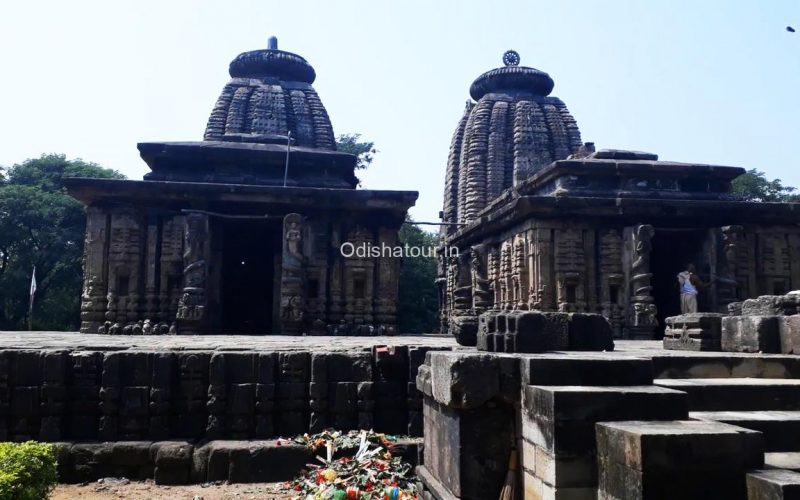 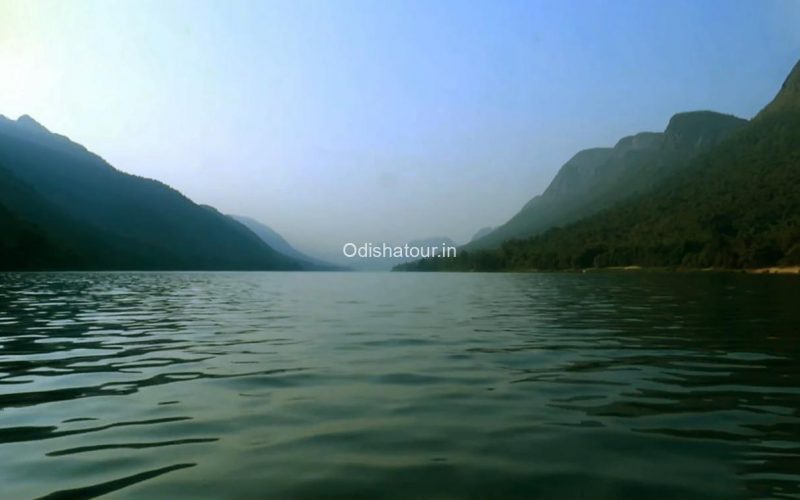 The majestic Satakosia Gorge with its lush green forests and rich wildlife is located towards the end of this sanctuary. The sanctuary derives its name from Sata (seven) and Kosh (two miles) meaning 14 miles or 22 km long. The majestic Satkosia gorge acclaimed as one of the most enchanting spots in the country is, in fact, the meeting point of Chhotanagpur plateau forests. Tikarpada close to the gorge during 1995 for the rearing of gharials. So far 38 species of mammals, 128 species of birds, 27 species of reptiles, 4 species of amphibians and 183 species of fish have been recorded in the sanctuary. Padmatola Sanctuary is one of the Best tourist places in Boudh, Odisha.

Chandi Temple is situated in Chanditala and 12 km away from Boudh town. Goddess Chandi is the presiding deity of this place. It has believed that Maa Chandi fulfils the wishes of the devotees. The temple is one of the Saptamatruka Pitha in Odisha. The Charisambhu Temple has situated at a 4 km distance from Chandi Temple. Chanditala Chandi Mandir is one of the tourist places in Boudh, Odisha. 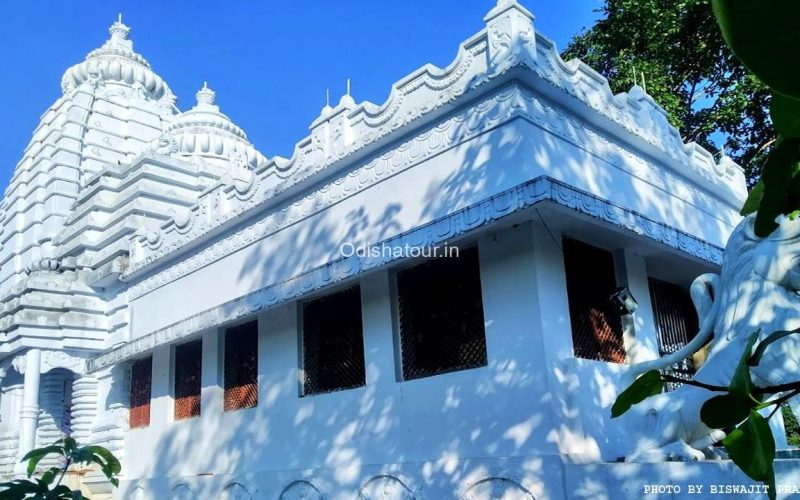 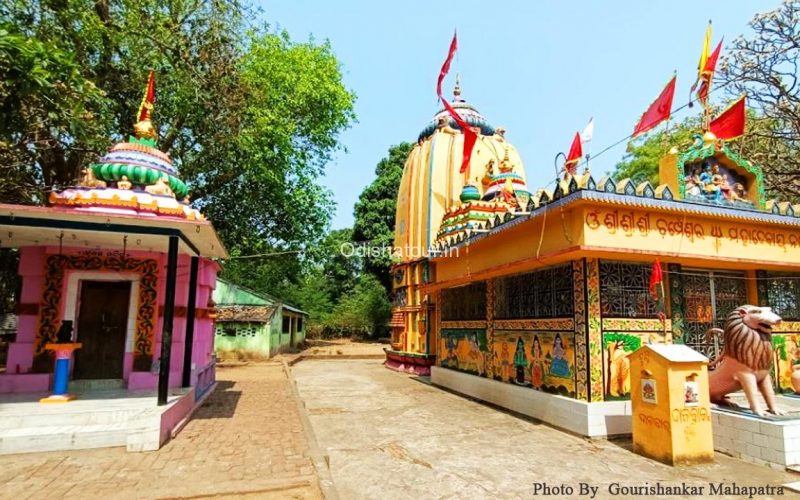 Champeshwar Mahadev Temple is situated at Karadi on the banks of the river Mahanadi. It is 10 km away from Boudh city. Lord Shiva presiding deity of the Champeshwar temple. According to history, Utkal’s Gajapati erected 108 Shiv Linga from Shri Kshetra to Sonepur on the banks of the river Mahanadi to get rid of leprosy. MahaShiva Ratri is the main festival of this temple, and a large number of devotees come here to worship Champeshwar. Karadi Shiva Temple is one of the tourist places in Boudh, Odisha.

Nayakpada Cave is located at the top of the hill, and it is 10 km from Boudh city. This cave is associated with mythology. Once upon a time, this cave was the ashram of saddhus. The forest here is rich in different types of flora and fauna. According to a story in the Madala dynasty and some historical evidence, during the reign of Emperor Sovan Dev, the Javanese king Raktabahu attacked Shrikshetra Puri. The apprehension of damage to deity Lord Sri Jagannath. They believed that Sri Jagannath (Purushottam) was Parama Vishnu and undergrounded (Patali), who believed in Vaishnavism and worshipped. Naikpada Cave is a famous tourist places in Boudh, Odisha. 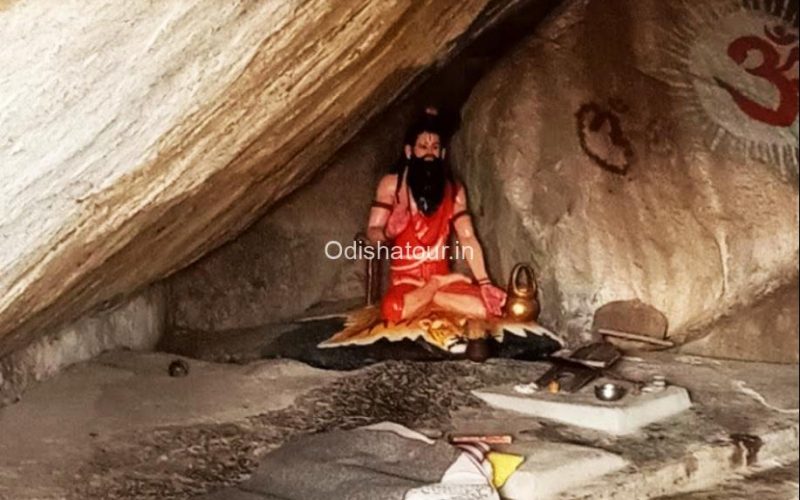 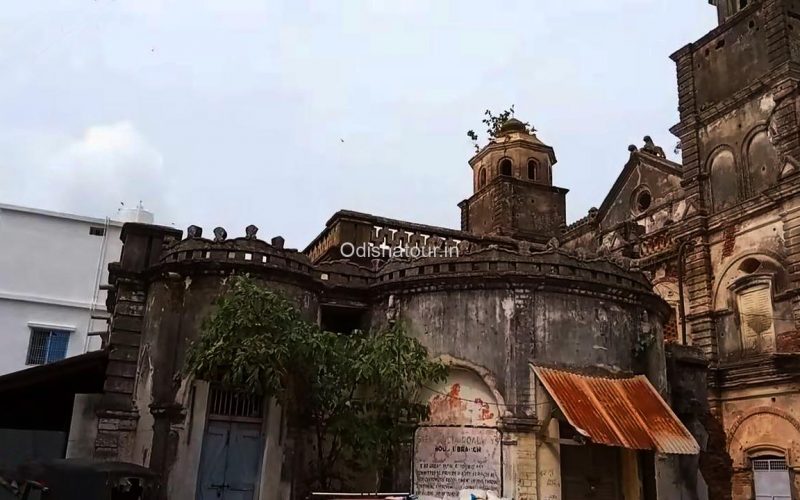 Jogindra Villa Palace is situated on the bank of the river Mahanadi in Boudh town. Jogindra Villa Palace is the of the ex-Ruler of Boudh, locally known as Rajabati. This palace was constructed during the reign of Raja Jogindra Dev. The Villa is a picturesque and handsome building commanding a fine view of Mahanadi. Jogindra Rajabati is One of the oldest King’s Palace in Odisha.

The Dambarugada mountain is situated at a distance of 20 Km. from Boudh town toward Boudh to Balangir road. The name the place is Sangrampur. The river Mahanadi flows down the mountain which makes for a visually stunning sight. The mountain gives a curve look from all of its side. The height of the mountain is 70 feet. Dambargad a famous Vishnu temple was situated in the past which is now destroyed in course of time. Some copper plate inscriptions are there in Tatarkela, a village nearby Dambarugada. Now in a temple, Radha-Krishna is being worshipped as the presiding deity. Dambargarh is one of the best tourist places in Boudh, Odisha 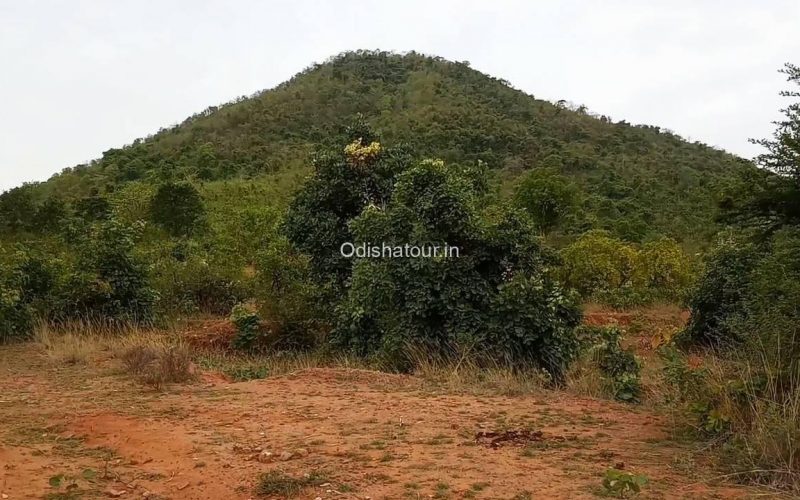 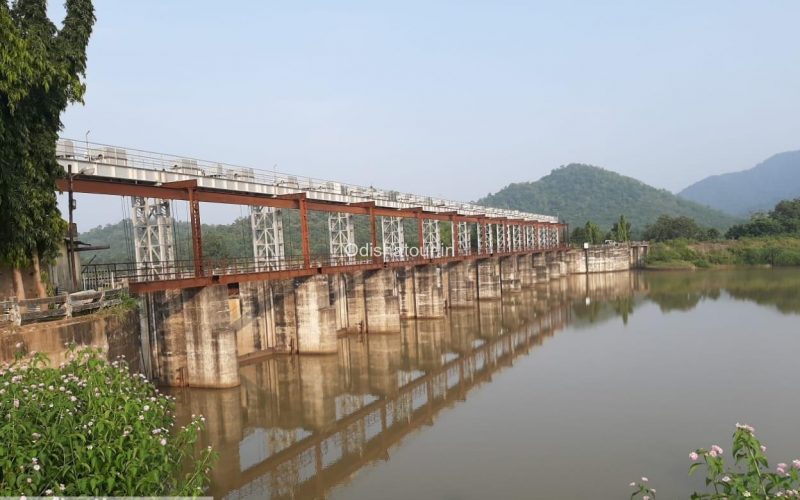 The Dam is situated at the Sagada Village of Boudh District. It is about 23 KM away from Sonepur and 45 KM from Boudh. The Dam has built on the River Bagha. The Sagada Reservoir is a beautiful minor irrigation project in the lap of natural beauty. The serene beauty of the hills, river, forests and park attracts to the visitor during winter. The dam site gets thousands of local visitors around the year for a picnic and other recreational activities because of its natural and beautiful environment. Sagada Reservoir is one of the best tourist places in Boudh, Odisha.

Marjakud is a wonderful island of Boudh. It is located on the opposite side of Boudh town in the river Mahanadi. About three thousand people are living here. Maa Pitabali is the presiding deity of this place. It is an ideal place for a picnic. Marjakud island is one of the tourist places in Boudh, Odisha. 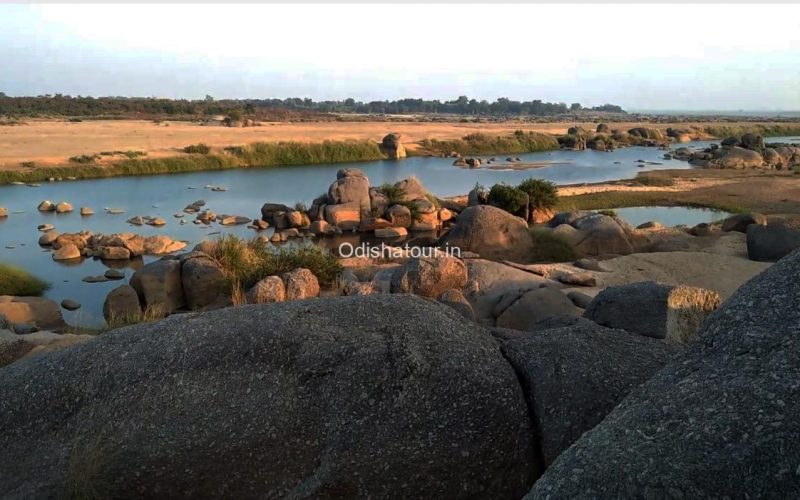 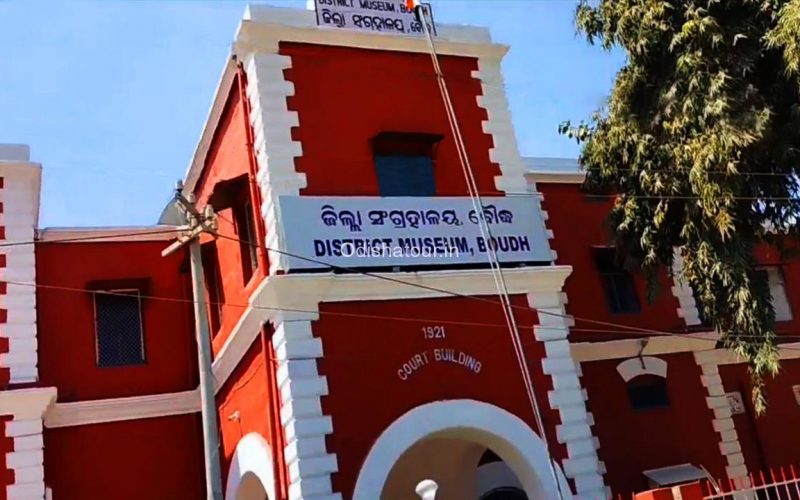 District Museum is located near the Collector office Of Boudh. As old as the glorious history of Boudh is concerned, the history, art, culture, literature, and monuments of the district housed in the district museum are as vivid as ever. The 100-year-old building, built by a Boudh king, was converted into a district museum a year ago. The Museum was inaugurated by Chief Minister Naveen Patnaik on the 27th Foundation Day of the Boudh. The museum is divided into various sections. These include the royal chambers, the terracotta, the coins and the archives department, the Charu and Charu Kala chambers.

Gupteswar baba shiva temple is situated at Kanapa Khandi. It is 20 km from Manamunda and around 50 km from the district headquarters of Boudh. Gupteswar baba is the presiding deity of the Shiva temple, which is situated on the bank of river Bagah. To reach the Shiva temple, you have to cross a wooden bridge that runs through the middle of the spring. Makar Sankranti is the main festival of this temple, which Devotees from all over the state come and celebrate the festival. The Sagada Dam is also located Near Kanapa Shiva Temple. Kanapa Khandi Shiva Temple is one of the best tourist places in Boudh, Odisha. 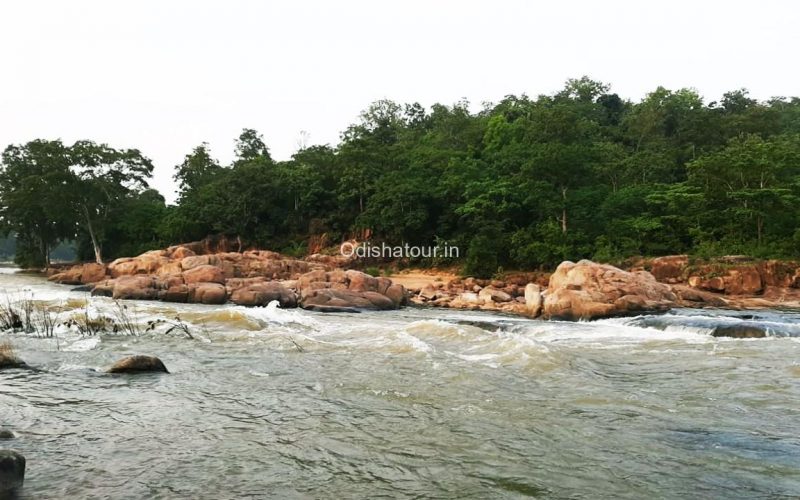 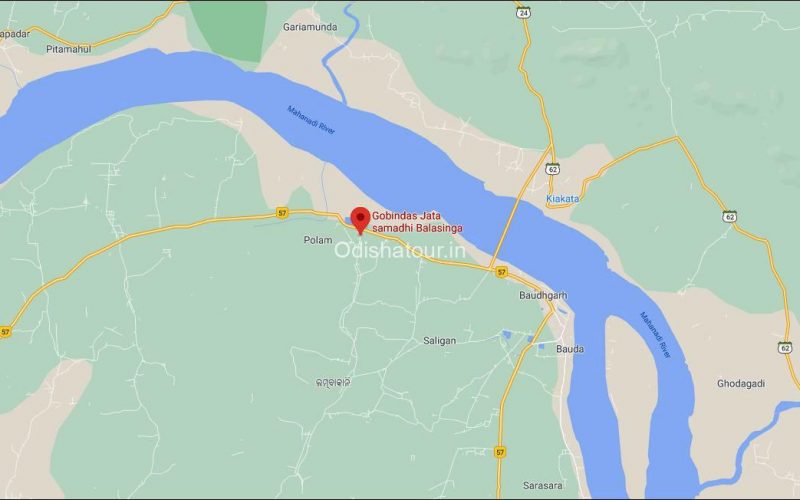 The Gobindas Jata samadhi is located at Valsinga and is 6 km from Boudh Town. History has it that the temple laid the foundation for the glory of the religion known as Jata Samadhi. Gobindas Jata samadhi was the dwelling of Mahima Dharma. According to the historical Gadjat collection, the majestic Gosain was the first Vaishnava devotee. In 1826 he left Puri for the ashram, devoting himself to a disciple named Jagannath Das. Kabi Bhim Bhoi was the 2nd initiator of Mahima Dharma. This holy ashram in Balsinga is also called Trikuta Ashram. Glory (Mahima Dharma)is celebrated here every year in great ceremonies. Gobindas Jata samadhi is a famous temple in Boudh, Odisha.