Bargarh is 60 km distance to the west of Sambalpur on the bank of river Jira. It is the headquarters of the District and industrial town. A special variety of Sambalpur handloom products are available here for marketing. The unique products of Sambalpuri have earned a reputation inside the country and abroad. Bargarh is more famous for the Sugar factory and spinning mill. Dhanu Yatra is an important festival of Bargarh, which is held during the month of Pausha enacts Krishna Leela on a grand scale covering 11 days. At that time entire Bargarh becomes Dharma Pitha. Bargarh becomes Mathura and Ambapali as Gopa. River Jira becomes the Yamuna during the period of Dhanu yatra different acts of Drama were performed at places in the town area of Bargarh.

Nursinghanatha is a seat of Vidal Nursing has situated in Paikamal. Nursinghanath temple has located around 110 km from Baragarh Town and 37 km from Nuapada. The Nursinghanath Temple is 122 meters and standing on the foot of the mountain Gandhamardan towards the south and west side. The other part of this mountain is near a waterfall called Harishankar temple. During the time of Makar Sankranti Nrusingha Chaturthi and local festival Navanna are observed here Nursinghanath Temple and Gandhamardan Mountain are the best tourist places in Bargarh, Odisha. 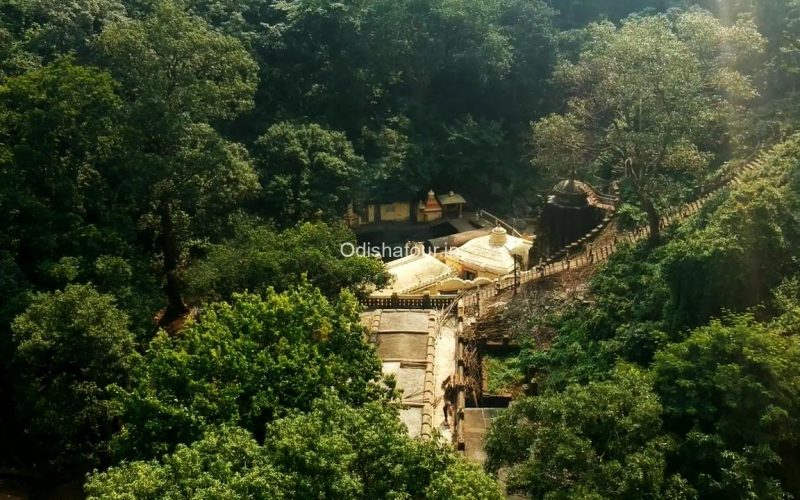 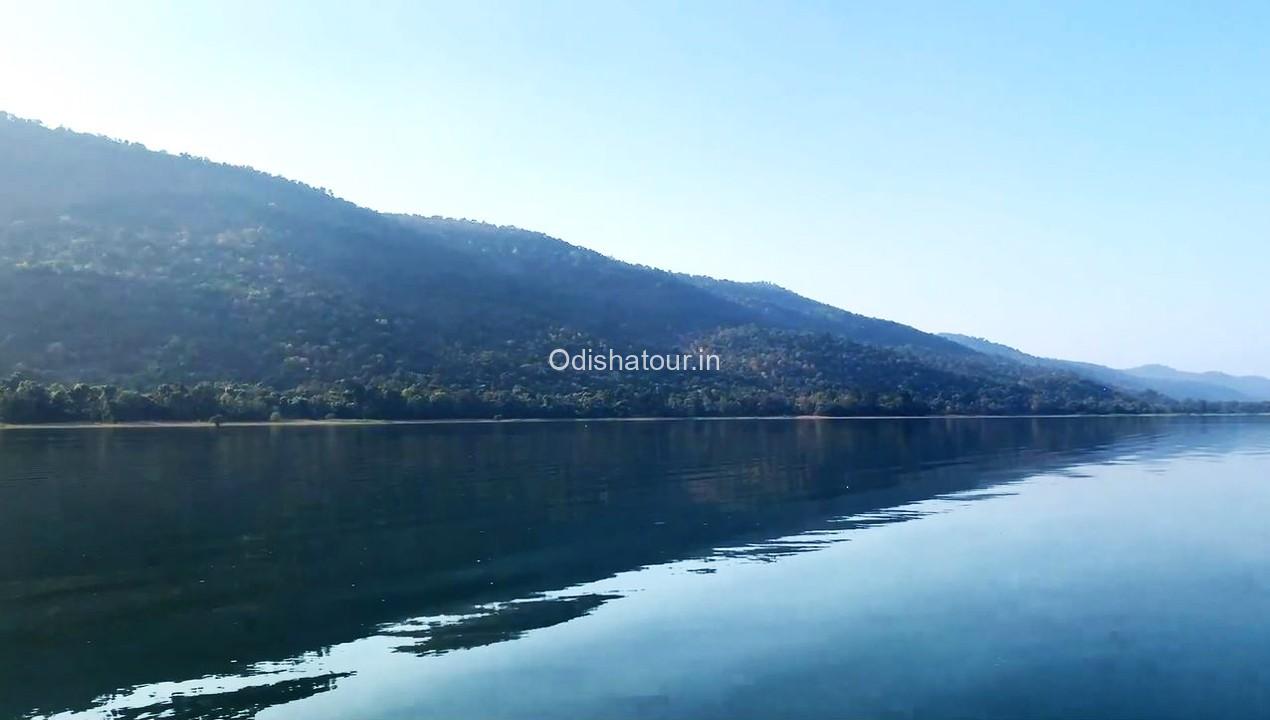 Patharseni Temple is situated on the bank of the river Mahanadi and at the northern end of the Barapahad forest range. It is 13 km from Ambabhona and around 50 km from Bargarh Town. Goddess Patharasini is worshipped here in a temple. Patharseni Surrounded by dense forest, it exists in between the Bandijharia fountain and the Kedarnath fountain. The Chandrasini of Chandrapur, Padmasini of Padampur and Patharasini of Arjunda are sisters according to a legend. It is a famous viewing spot. Patharseni Temple is one of the tourist places in Bargarh, Odisha. 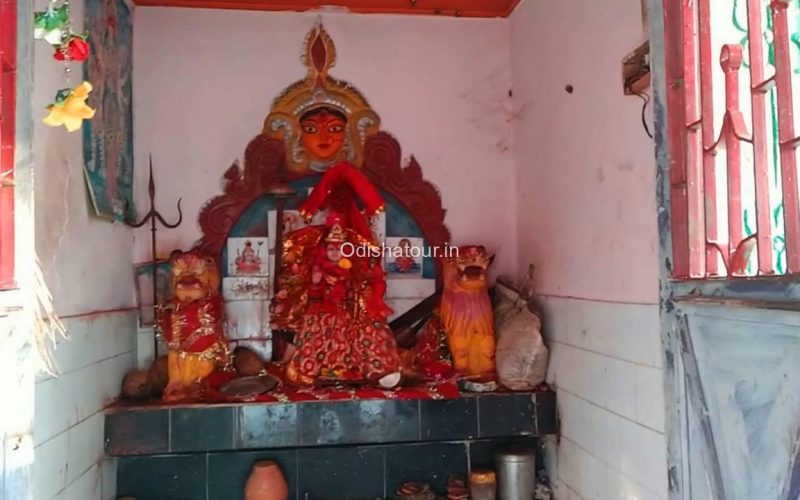 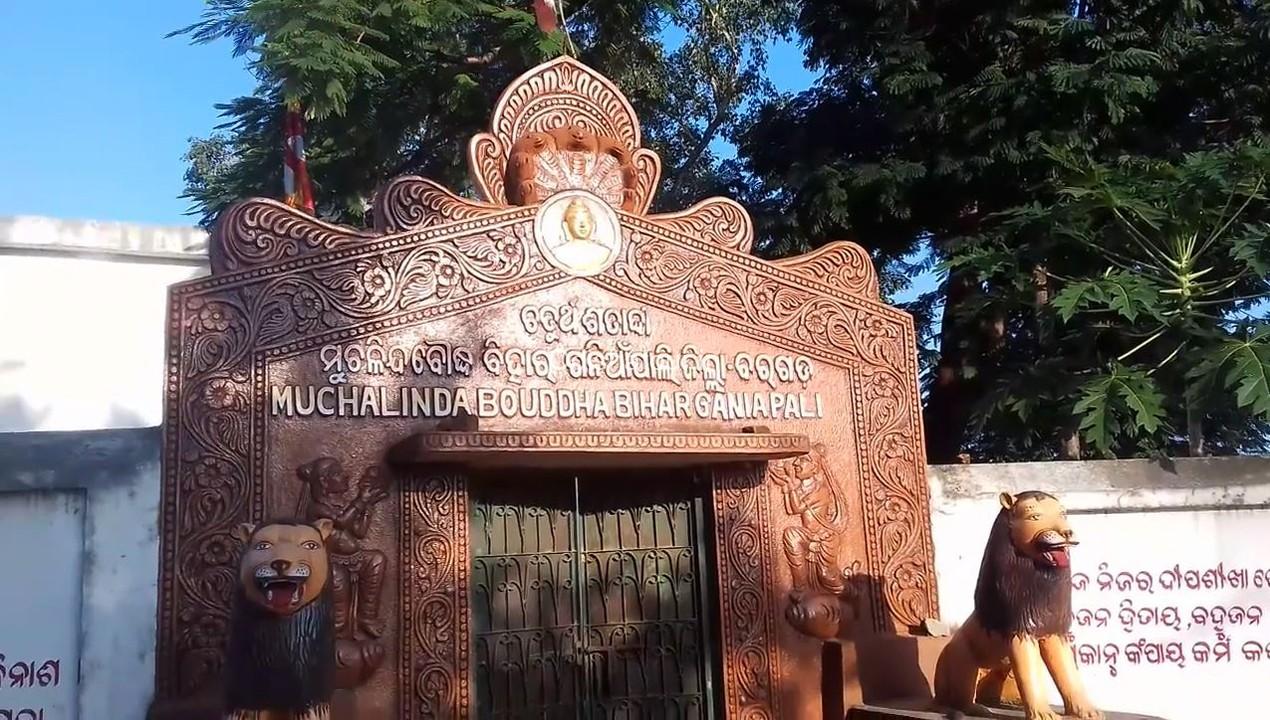 Ganiapali is one of the rare Muchalinda Buddha Bihars of India situated in the Bargarh district of Odisha state. It is situated near the confluence of the Ang and the Magar Rivers, and 63 km away from Bargarh Town. Historians opine that it was a Buddhist spot in the past. A rare Buddha statue sitting in Lotus Posture with a snake on his head with its hood expanded to attract tourists. According to History that Buddhism spread in Western Odisha between the 2nd century BC and the 6th century BC. Ganiapali Buddha Bihar is a famous Buddhist temple in Bargarh, Odisha. 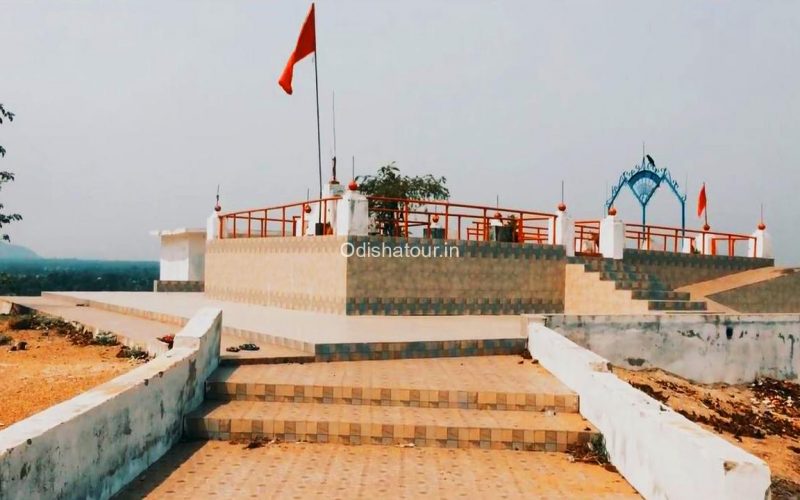 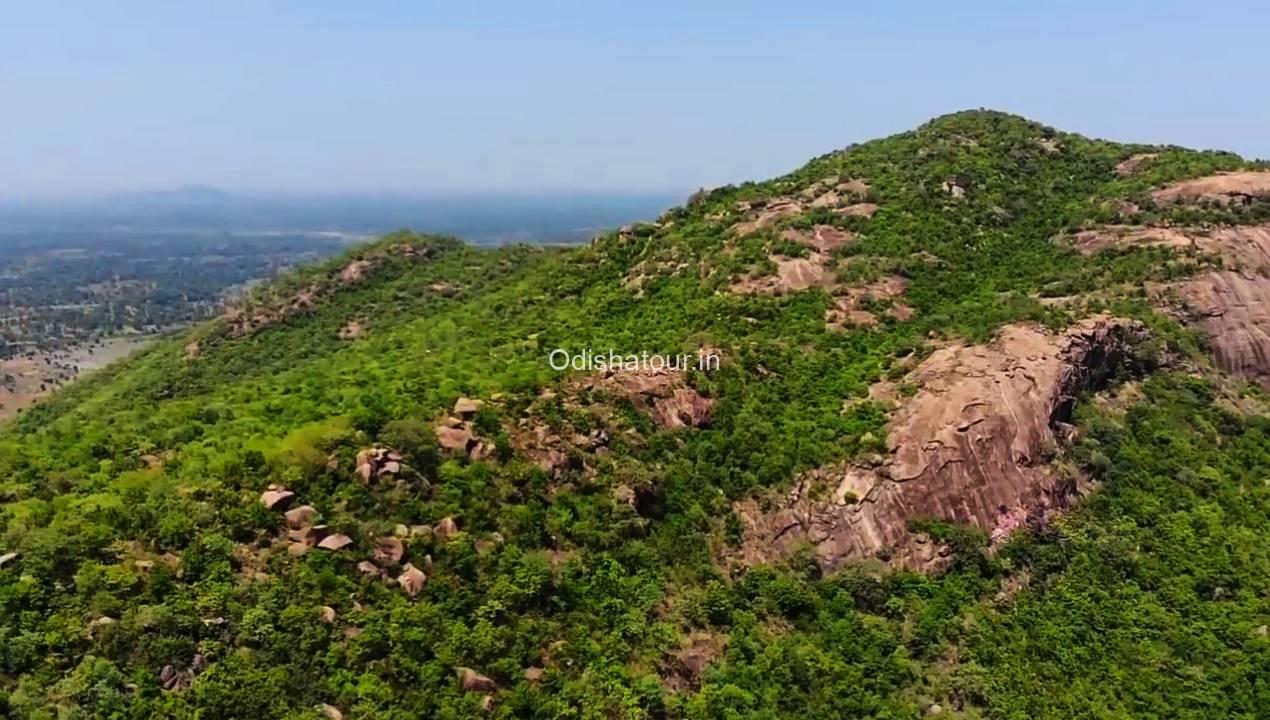 Swapneswar temple is located in Sorna village. It is 35 km away from the Bargarh district headquarters. It was built during the Kingship of Ajit Singh in Sambalpur under the supervision of Dewan Dakshinray. Lord Shiva is the presiding deity of the place. There is a big pond in front of the temple covering an area of 6 acres. Mahashivratri is the famous festival of this place. The Barada Balunkeswara temple is one of the Ashtashambhu temples in western Odisha. Sorna Swapneswar Mandir is a famous temple in Bargarh. 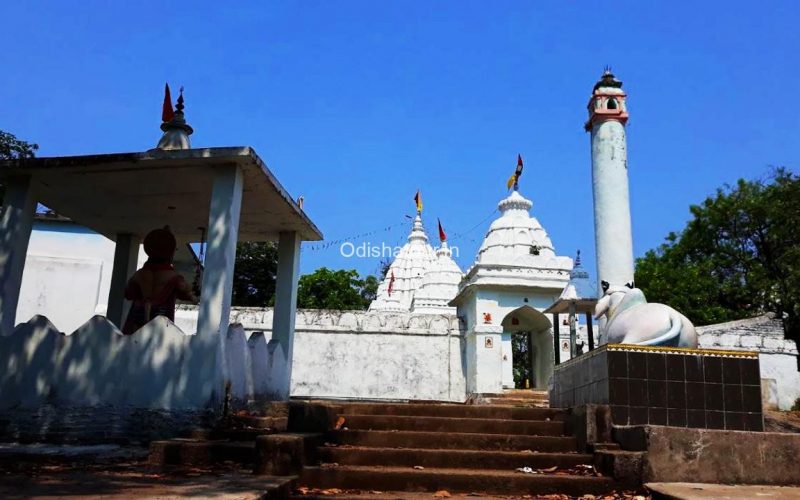 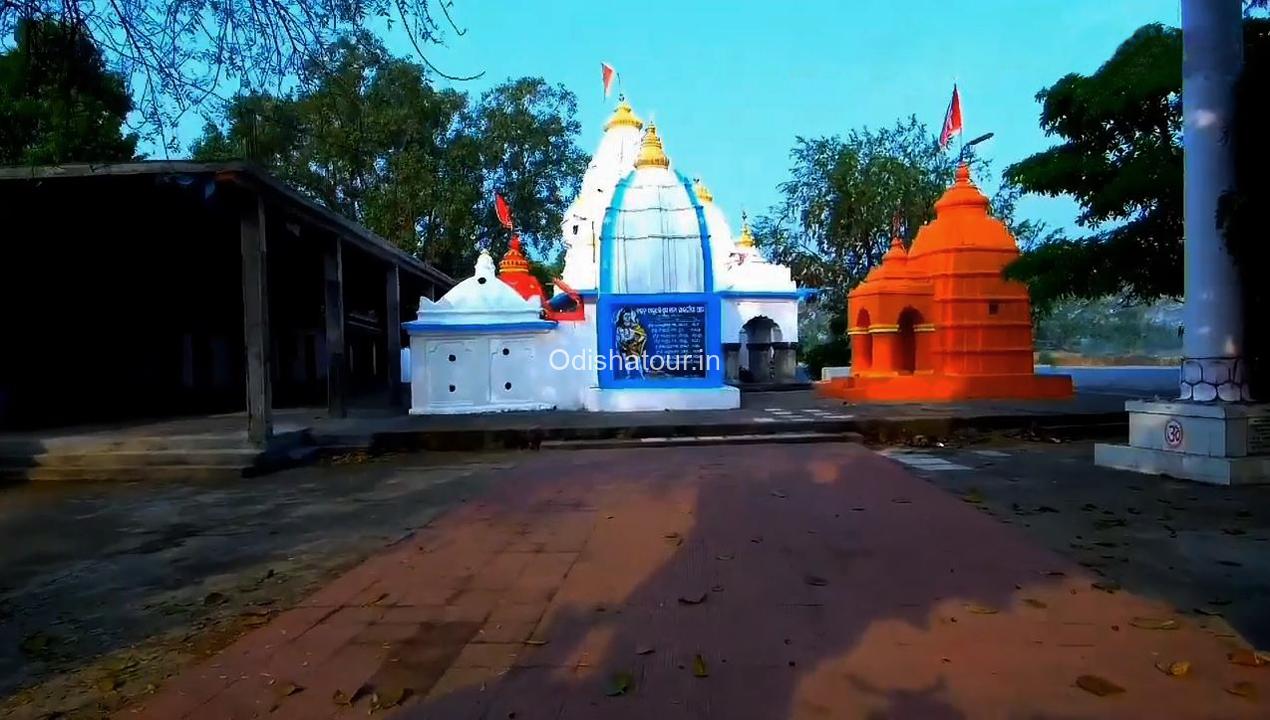 Vishweshwar Temple is located in Saranda and is about 25 km from Bargarh district headquarters. Lord Shiva is the presiding deity of the place. It was built during the Kingship of Ajit Singh in Sambalpur under the supervision of Dewan Dakshinray. Mahashivratri is the famous festival of this place. The spot glorifies the charisma of Lord Shiba. The Bisweswar Temple is one of the Ashtashambhu temples in western Odisha. Saranda Vishweshwar Mandir is a famous temple in Bargarh, Odisha 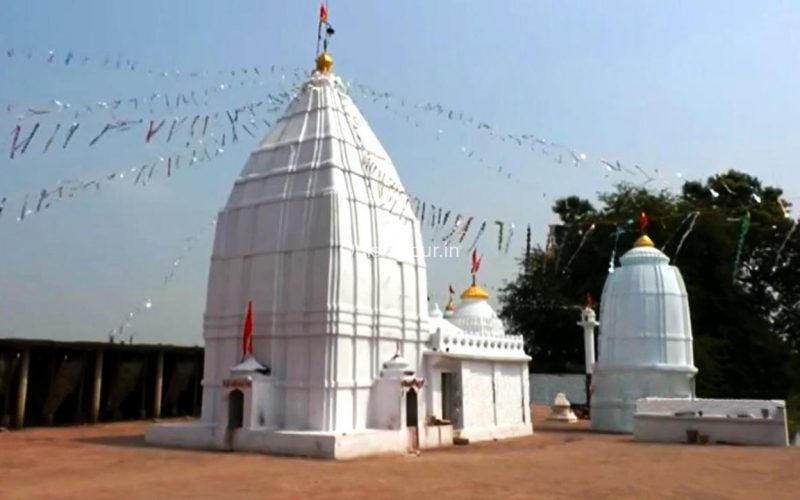 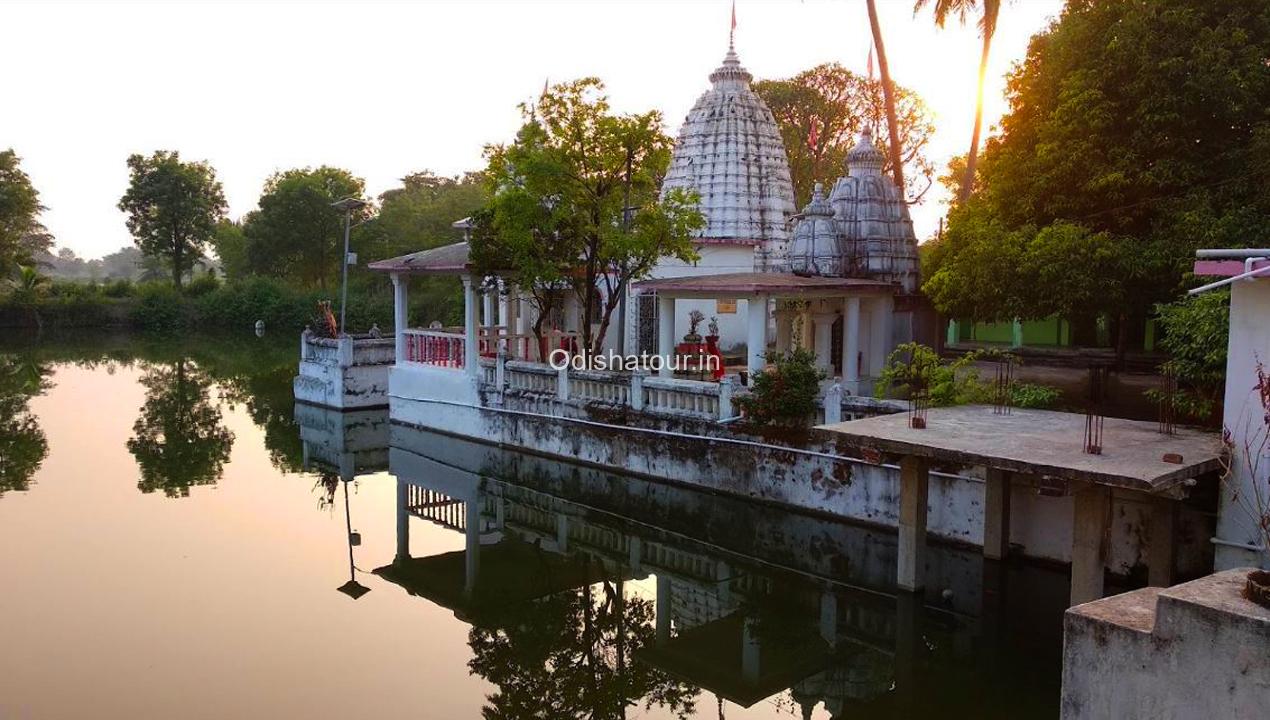 Shyam baba mandir is situated in Bhatli and is 20 km away from Bargarh Town. Sri Shyam baba idol of the temple. Besides the there is a Hanuman, Siva, Radha Krishna and maa Durga temple inside the campus. The temple is a calm and peaceful place. A beautiful Shyam Kund and garden is there, which is enjoyable for visitors. The infrastructure of the temple and the interior glass work is Amazing. The main celebration of this temple is observed just 8-9 days before the festival of Holi. Bhatli Shyam baba Temple is one of the tourist places in Bargarh, Odisha. 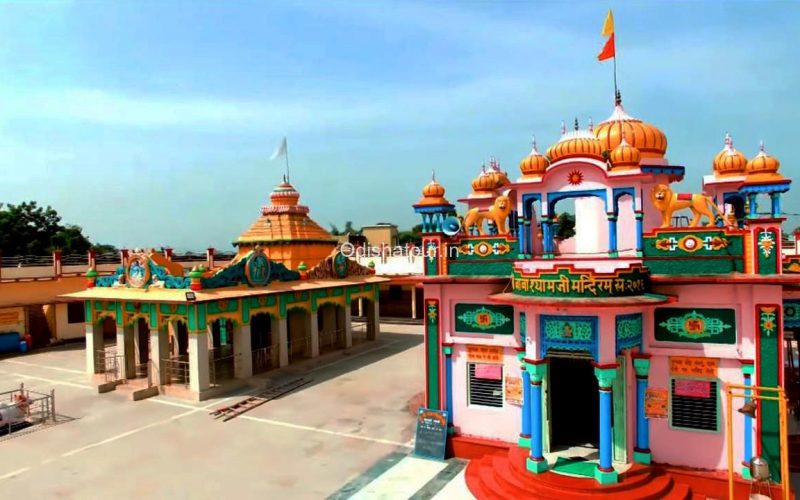 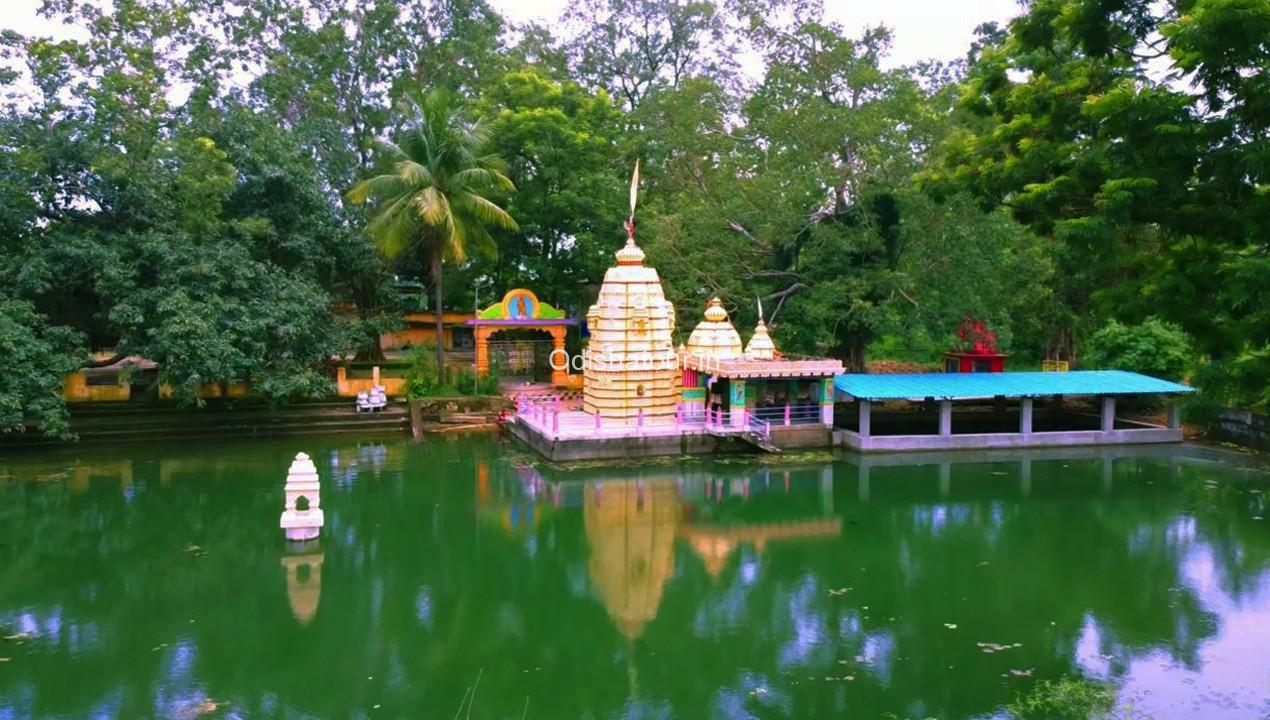 Kedarnath Temple is situated at the foot of Barapahar Mountain. It is 35 km from the district headquarter of Bargarh. The famous temple of Kedarnath at Ambabhona has the idol of Lord Shiva. The temple of Lord Kedarnath exists here inside a beautiful pond. The main festival of this place is Mahashivaratri in the month of Magha. The Kedarnath Temple is one of the Ashtashambhu temples in western Odisha. Ambabhona Kedarnath Mandir is a famous Shiva temple in Bargarh District. 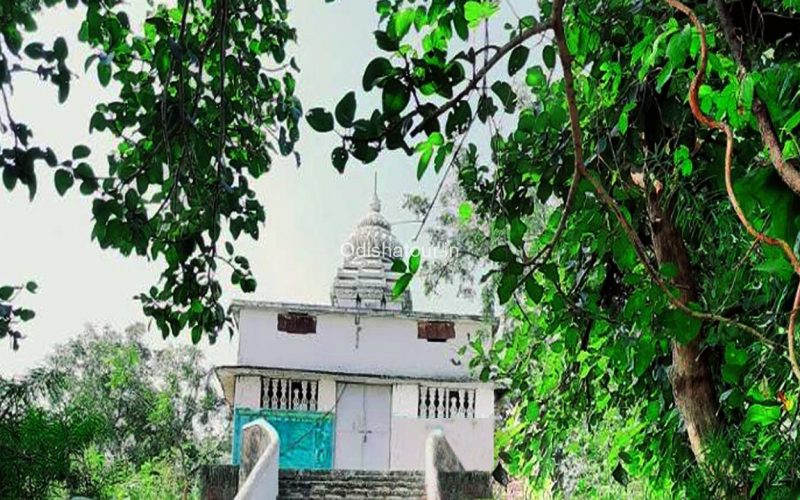 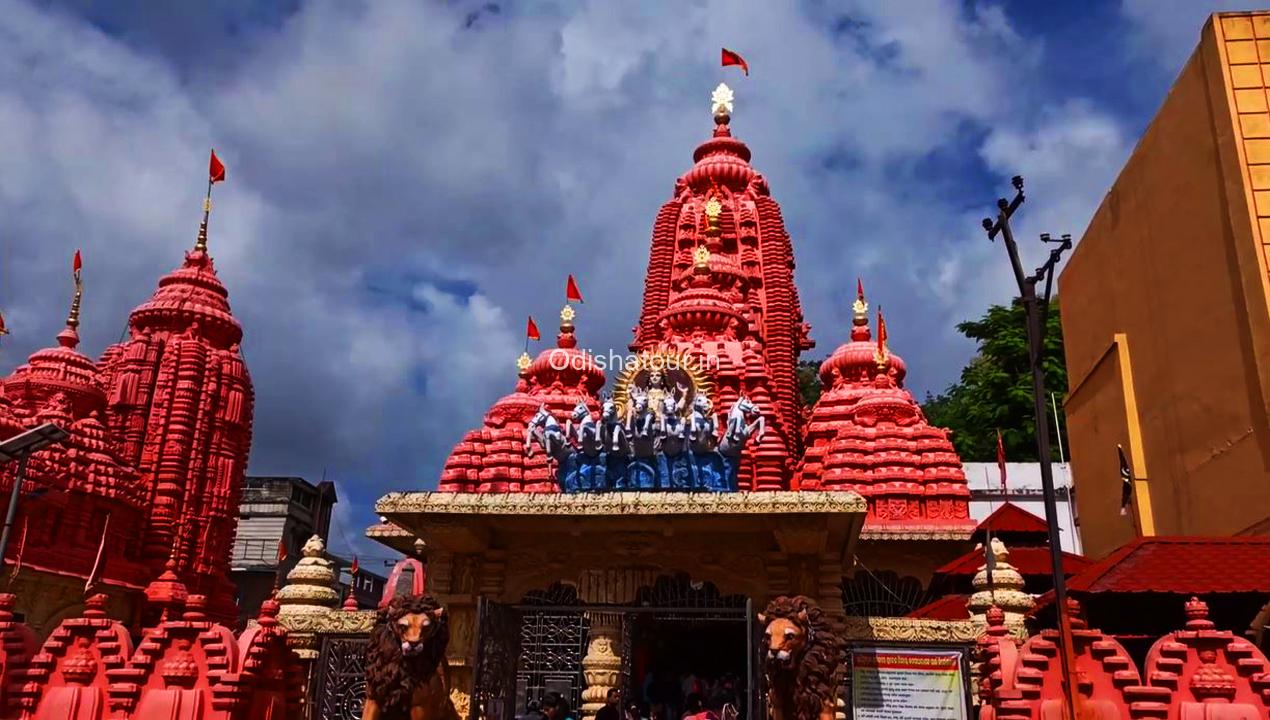 The Shyama Kali Temple is situated only one km away from Bargarh town at Kali Mandir chowk. Goddess maa Shyamakali is worshipped by the devotees. Devotees come here for getting a wish from Maa kali. Besides the Kali temple Lord Jagannath, Lord Ganesh, Lord Shani worshipped here. Kali puja is one of the big festivals at Shyama kali temple. Another temple of lord shiva and lord Hanuman is also inside the temple premises. Thousands of visitors and devotees come to the temple for panoramic views of the temple. Maa Shyama Kali Mandir is one of the most famous temples in the Bargarh, Odisha.

Barpali is situated 18 km away from South Bargarh. Barpali is more famous for being the birthplace of Odia poet Swabhaba Kabi Gangadhar Meher. Besides the Barpali Maa Samaleswari and Lord Jagannath temple are here and worshipped by the local people. Internationally renowned for its Tie and Dye textile cotton, Tussar, silk in Sambalpuri design of weaving. Barpali is one of the Tourist attraction places in Bargarh, Odisha 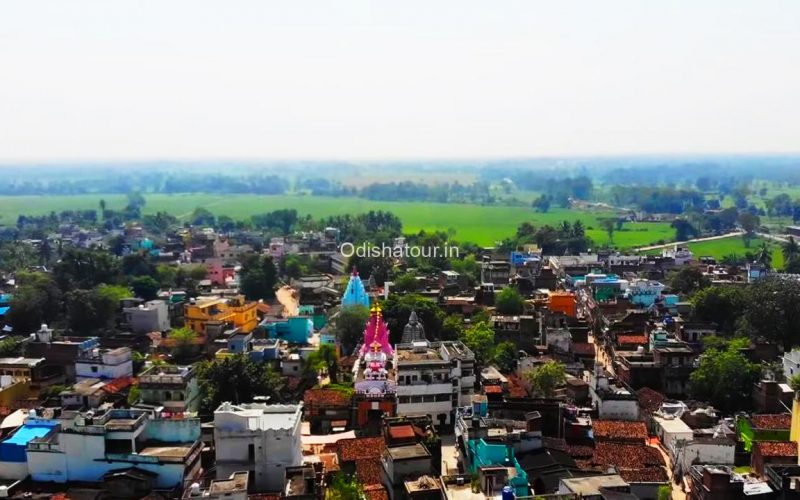 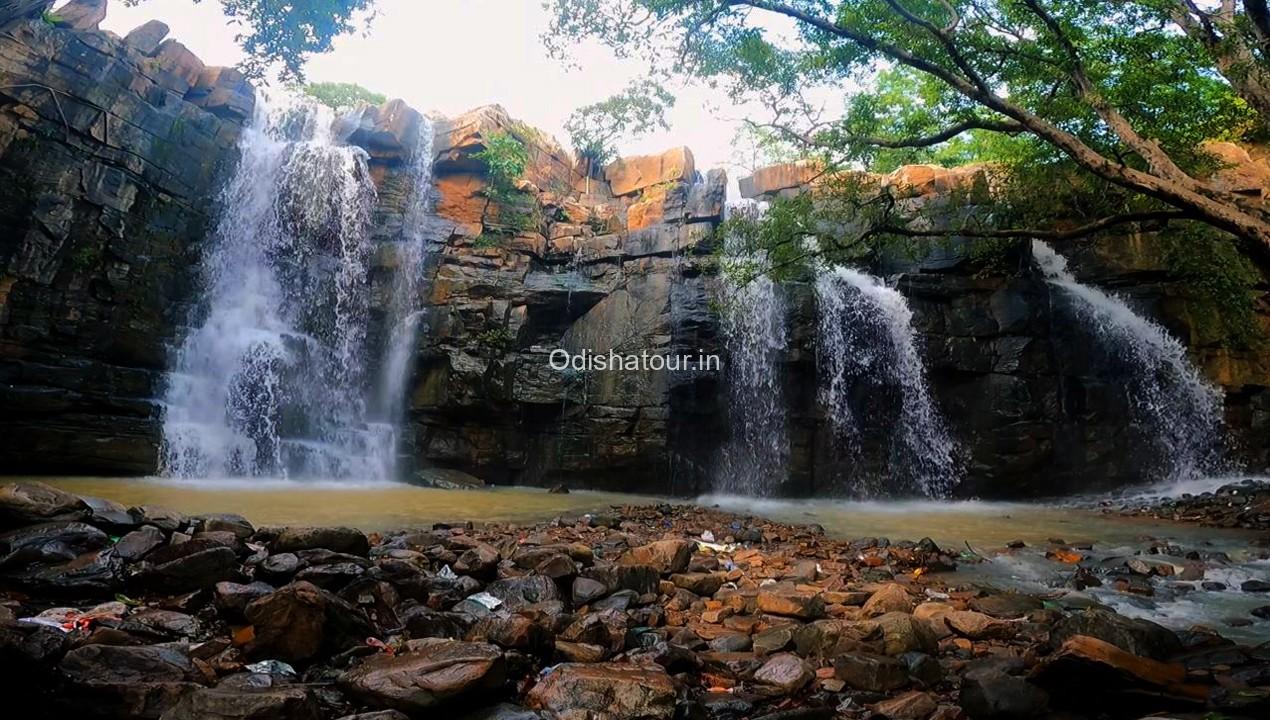 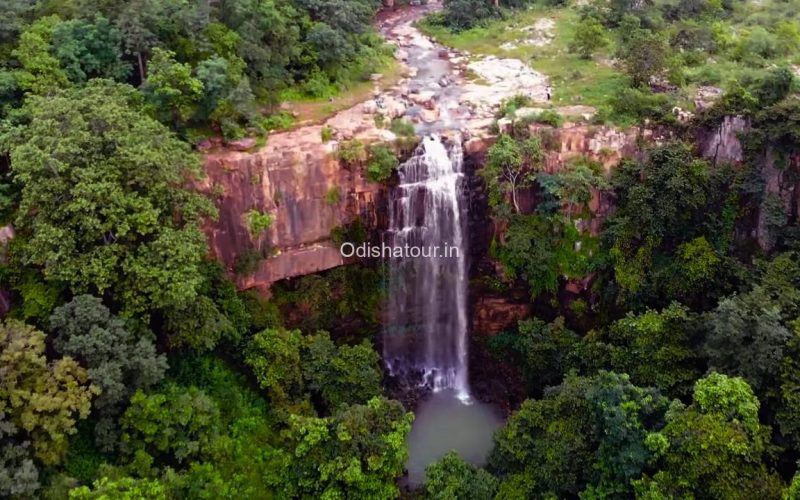 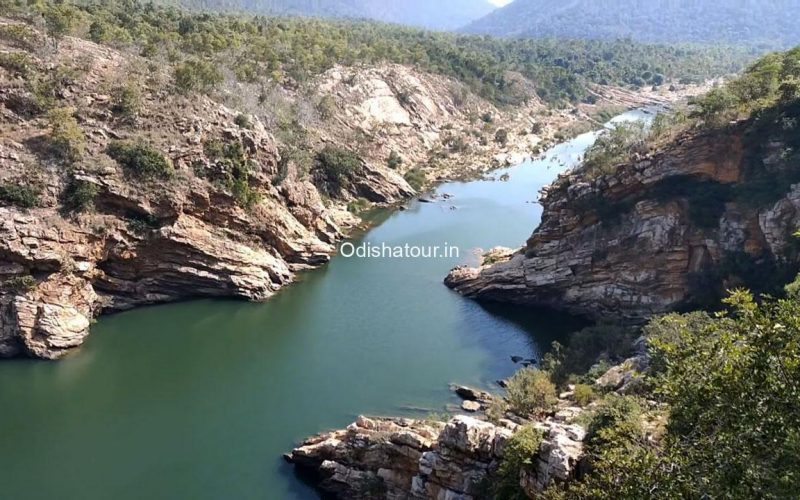 Devdarha waterfall is a popular tourist place located at the Border of Odisha and Chhattisgarh, and It is about 18 km from the Padampur. The Waterfalls flow through large rocks that attract tourists. It is a beautiful place in the Bargarh district to visit with family friends and weekend picnic. Winter Season is a great time to visit Devdarha waterfall. The rocky hills and the beautiful waterfall are also the best places for photography. Devdarha Picnic spot is a popular tourist attraction in Bargarh District.

Barabakhara Waterfall is located at Ambavhana in the Barapahad hill range. It is around 47 km from Bargarh town. The Waterfall is covered with hills and dense forest. Veer Surendra Sai hidden in Bara Bakhra Caves. Barabakhara cave is associated with the history of Veer Surendra Sai. The water from the Barabakhara waterfall flows through the hills and flows through two waterfalls. The beautiful natural environment and the wondrous sound of the waterfall attract the visiter during winter. The waterfall produces such clean and cool water, which is very stupendous to take a bath in the natural shower. The Barabakhra waterfall and Caves are one of the most popular tourist places in Bargarh, Odisha 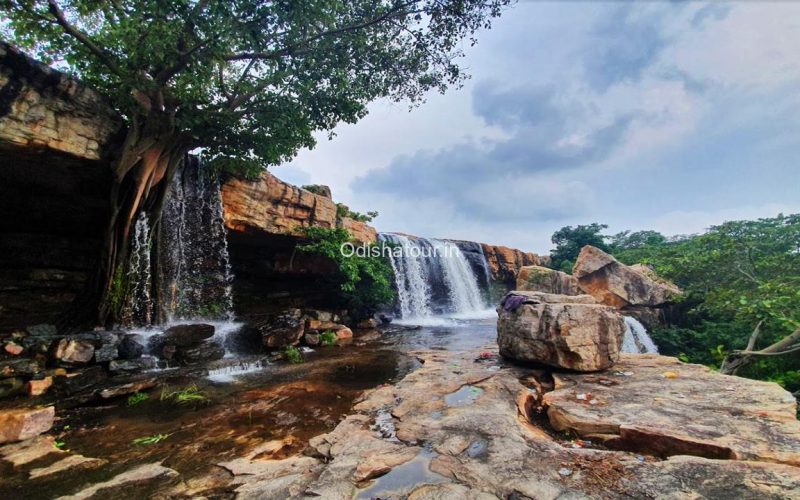