Kandhamal has situated 245 km from Bhubaneswar and 158 km from Berhampur. It is a hilly district covered with dense forests, waterfalls and wild animals. The inhabitant of this place is Adivasi and Kandhas. The place is connected with ghat road like Ranipadar Ghat road on the north side. Gadiapada Ghat called Khajirpada Ghat is east side and Kalinga Ghat is on the south side. Phulbani is the headquarters of the Kandhamal district and a small town. There is a Jagannathan temple towards the west and a goddess Narayani temple towards the north and east on the top of the hill nearby the town. Kandhamal Tourist place

Thakurani Yatra is the greatest festival of Phulbani which is held in each two-year difference and observed with much pomp and ceremony. The Kandhamal is bestowed with the beauty of nature. It has wildlife, scenic beauty, a healthy climate, and serpentine ghat roads for tourists. It has attractions, like panoramic coffee gardens, pine jungles, Ghat roads, hills and waterfalls, virgin forest and typical tribal village life. Almost 66 per cent of the land area of the District is covered with dense forests and towering mountains. the terraced valleys thronged with these colourful tribal in their natural heritage, dancing and sporting have their appeal.

Daringbadi is located 110 km from Phulbani and is known as Kashmir in Odisha, which has placed in the Kandhamal district. Daringbadi is a small hill station having 3000 ft high above sea level. The top of the hill looks like a valley. Dotted with pine forests and waterfalls, the hill stations of Phulbani are popular holiday destinations in Odisha. Tourists from within and outside the state come here in the winter for snow in Daringbadi. There are many large and small waterfalls, nature camps and wildlife sanctuaries in the Daringbadi dense forest and hills. Daringbadi hill station is one of the most popular tourist places in Kandhamal, Odisha. 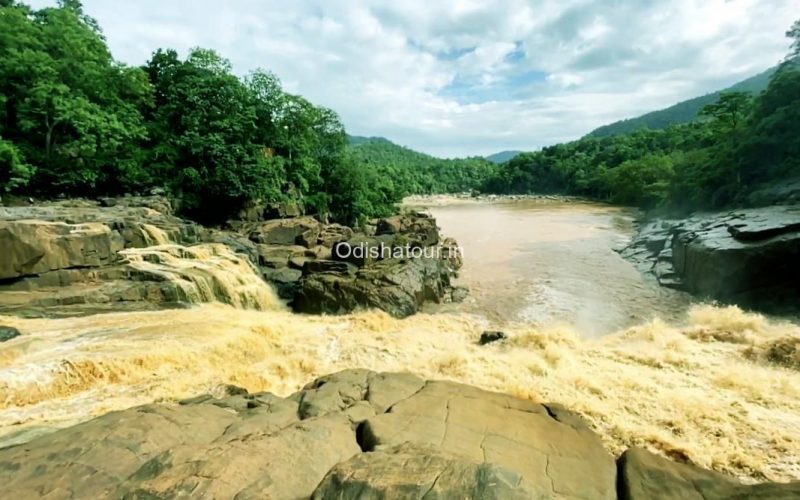 Kotgarh Wildlife Sanctuary is 140 km from Phulbani town. Most of the inhabitants of this place are Kutia Kandha and Adivasi. The sanctuary has surrounded by hills and forests and covers an area of ​​399.5 square km. The vegetation of this place consists of dense deciduous forests with grasslands. A Large number of mammals, reptiles, elephants, gaur, sambar, spotted deer, peafowl, red jungle fowl and Various reptiles appear in Sanctuary. It is one of the most famous and attractive picnic spots for tourists during winter. Kotgarh Wildlife Sanctuary is one of the best tourist attraction places in Kandhamal, Odisha. 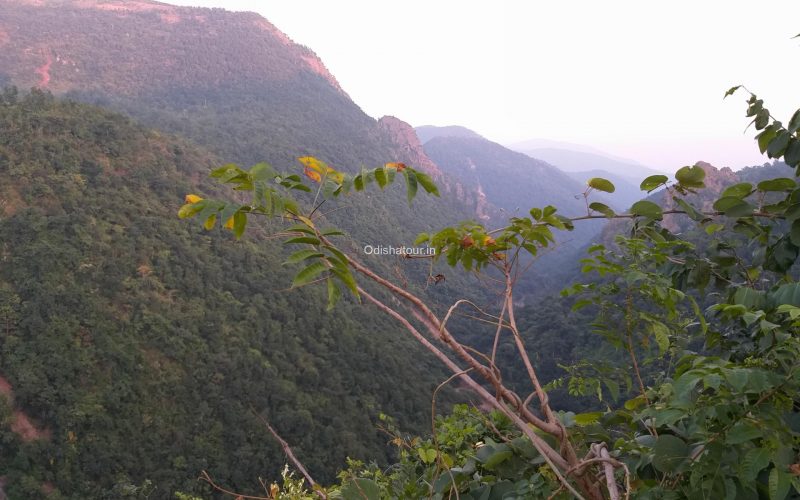 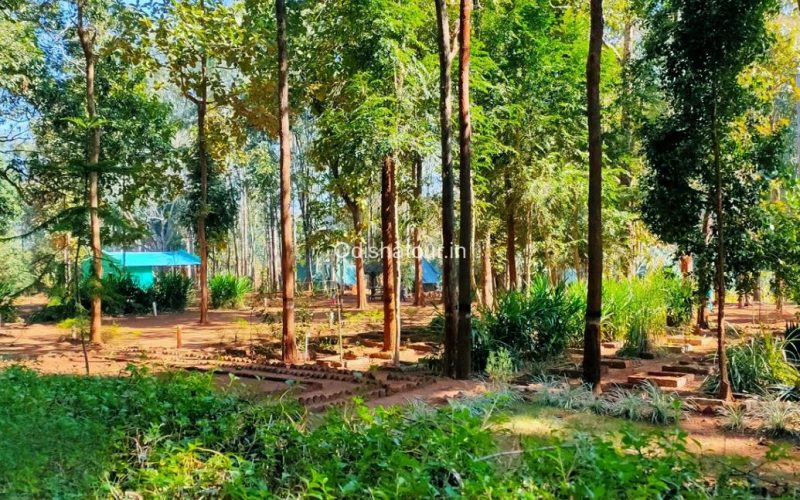 The Belghar Nature Camp is located at Belghar of Kandhamal District and is 139 km from Phulbani. It is approximately 2555 ft above sea level. The Place is located inside the Kotgarh Elephant Reserve and is famous for wildlife, especially elephants. It is 158 km from the distance from Phulbani. The beautiful natural sight of Belghar attracts visitors once more. All kinds of arrangements are made here for the accommodation, food, lodging and security of the tourists in Belghar Eco-Resorts. Belghar-Daringbadi is full of hills and waterfalls. Daringbadi Belghar Nature Camp is one of the tourist places in Kandhamal.

Padmatala Sanctuary is 37 km from Phulbani and 211 km from Bhubaneswar. There is a big pond in the Sanctuary. Many varieties of animals are living near the pond. The main attractions of this place are Gharials crocodile(Habitat). The Sanctuary is surrounded by hills and dense forests. The environment of the place is pleasant and also the most attraction for touristy. Padmatala Sanctuary is one of the Popular Tourist Places in Daringbadi, Kandhamal 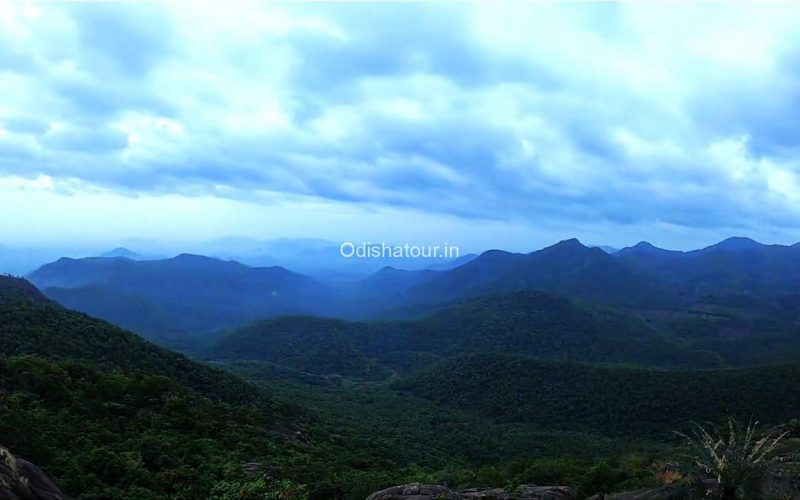 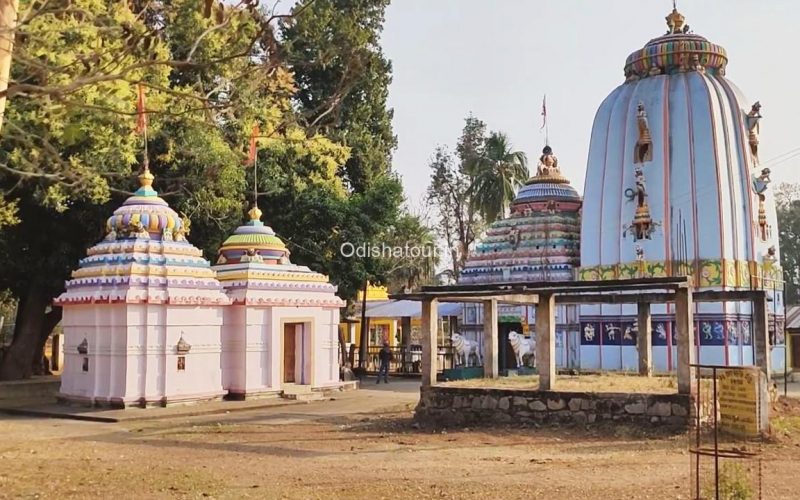 Birupakshya temple is situated 60 km away from Phulbani near Chakapada and is famous for Lord Birupakshya. Lord Shiva is worshipped here in the name of Sri Birupakhya. The temple is surrounded by hills and dense forests and connected with a ghat road towards the south. The river Brutanga is flowing down near the hill Chakapada.  Mahashivratri and Kartika Purnima are the main festivals of this Temple. Birupakshya temple is one of the tourist places in Kandhamal.

The Sukedi waterfall is 21 km away from G. Udayagiri and 40 km distance from Phulbani district. It is surrounded by hills and dense forest. The Sukedi waterfall is more than 40 feet high, and it runs up and down the two hills. The scenic beauty of the Sukedi Falls is so beautiful that tourists have come to see the waterfall in the winter. Nature lovers are feasting and enjoying nature at the cliffs of the fountain. The beautiful natural atmosphere and the amazing sound of the waterfall attract to the visitor and picnic rush the spot during winter 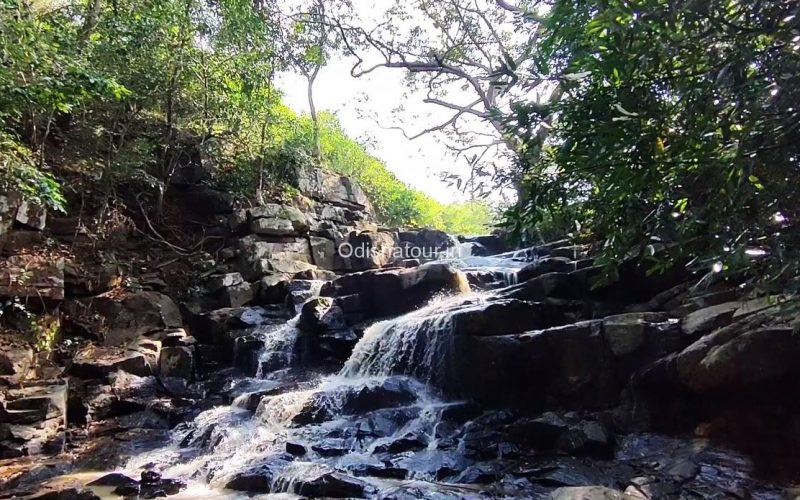 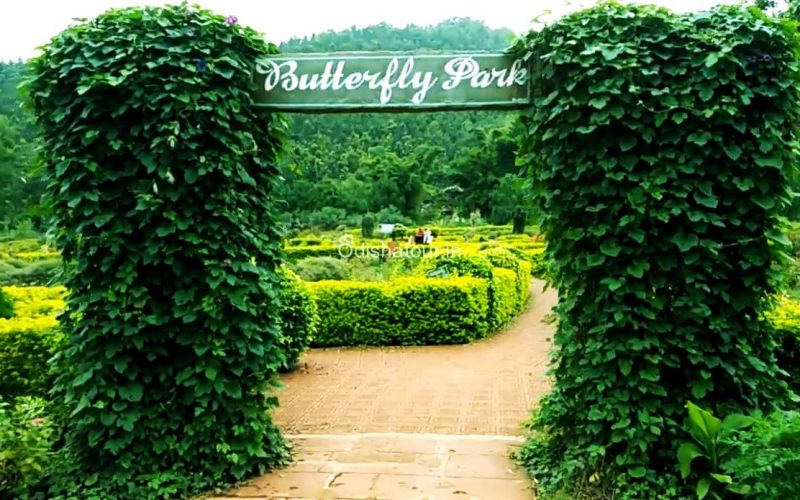 The Butterfly Nature Park is around 3 km away from Daringbadi near Hill View Park and 102 km from Phulbani. The butterfly park is the second after Nandankanan Zoological Park in Bhubaneswar. The butterfly park has about 20-30 species of butterflies. The butterflies come here in spring and winter. The state forest department has developed the Nature Park spread over four hectares. The visitors can enjoy a variety of colourful butterflies in their natural surroundings to understand their significance in the ecosystem.

The Hill view park is 3 km away from Daringbadi. It is a beautiful hill covered with green dense forest. Hill View is situated on the focal point of the Eastern Ghar Ranges of India, in the district of Kandhamal. Its greenery and alleviating atmosphere round the year draws in guests for a far apocalypse. It is prominently known as Kashmir of Odisha. Hill view park is the major attraction of Daringbadi, with a watchtower, a children park, selfie point and much more. Popular Tourist Places in Kandhamal 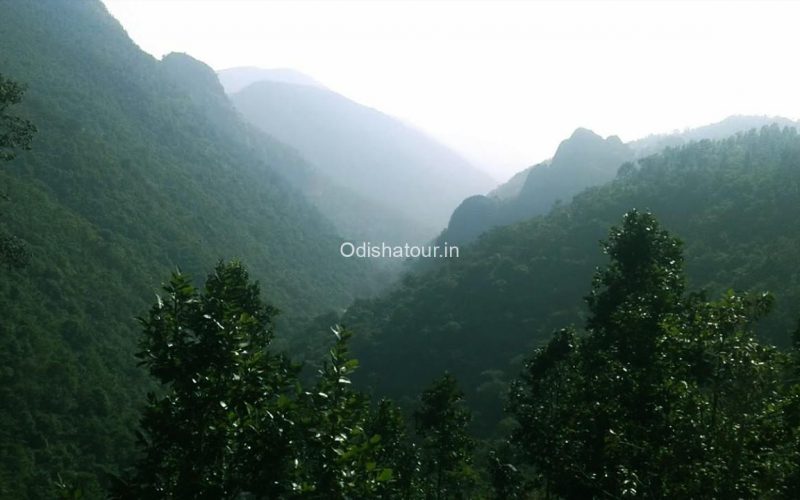 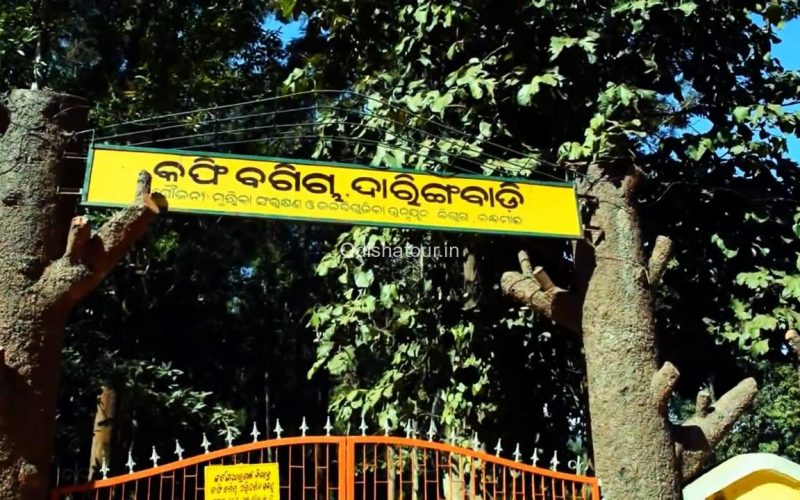 The Coffee Garden and Black Pepper garden is located 3 km from Daringbadi. It is 5 Km away from the Nature Camp and around 105 km from Phulbani. This coffee plantation program is under watershed project authorities of the Odisha state government.  Daringbadi is known as Kashmir in Odisha. Coffee is grown on 57.03 hectares of land in Kilabadi as the local climate is favourable for the coffee plant. Daringbadi Coffee Garden is one of the oldest coffee tree-growing areas in India.

Lovers Point is located around 13 km from Daringbadi and about 87 km away from Phulbani, also known as Lovers’ Point. There are a few natural cave formations in its vicinity. The place is surrounded by dense forest and hills. The water of the spring is flowing over the rocks. The adventure of the waterfall and the environment is enjoyable. The waterfall produces such clean and cool water, which is breathtaking to take a bath in the natural shower. Daringbadi Lovers Point is one of the best tourist and picnic spots in Kandhamal. 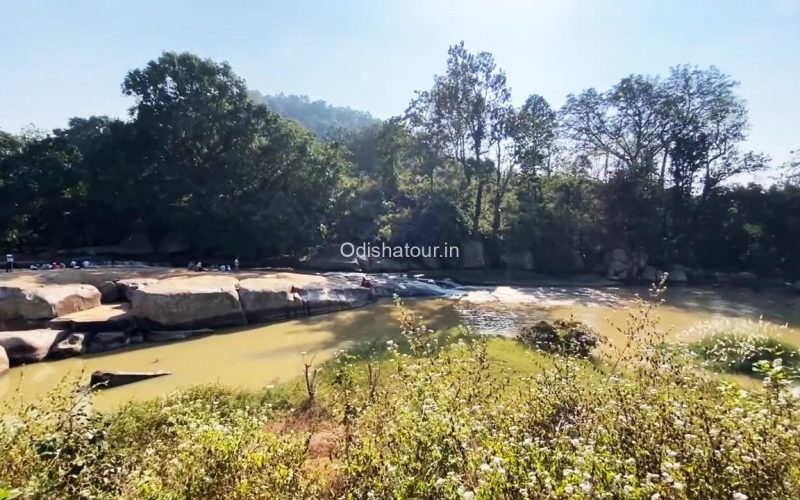 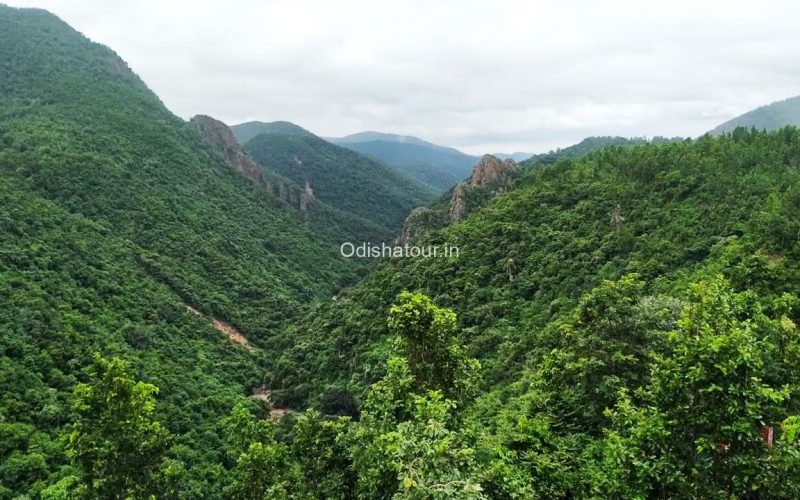 Mandasaru Nature Camp is situated about 30 km from Daringbadi and 75 km away from Phulbani. It Surrounded by dense tropical moist deciduous forest. The Mandasaru Gorge ecosystem is located in the eastern part of the Kandhamal District of Odisha. It is one of the last kept secret wildernesses of India. The Manda Hill recorded the Highest peak at 3280 feet above sea level. It is considered the Silent Valley of Odisha due to its frequent weather changes, mesmerizing beauty and rich biodiversity. Mandasaru Valley Nature Camp is one of the most popular tourist places in the Kandhamal district 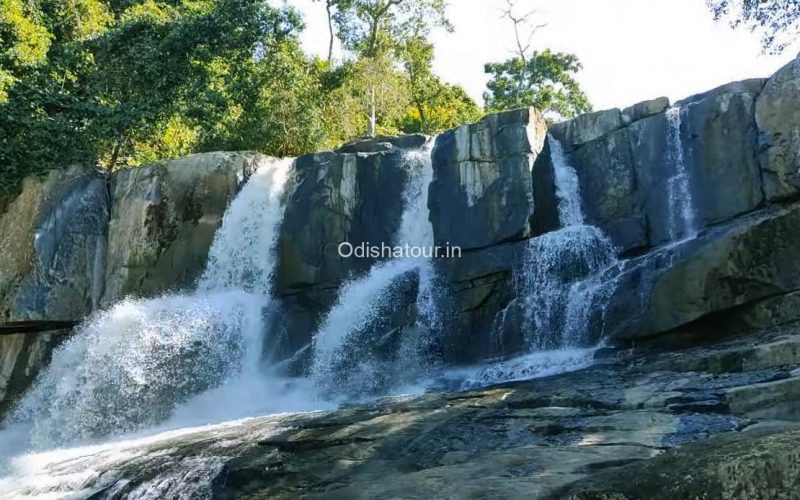 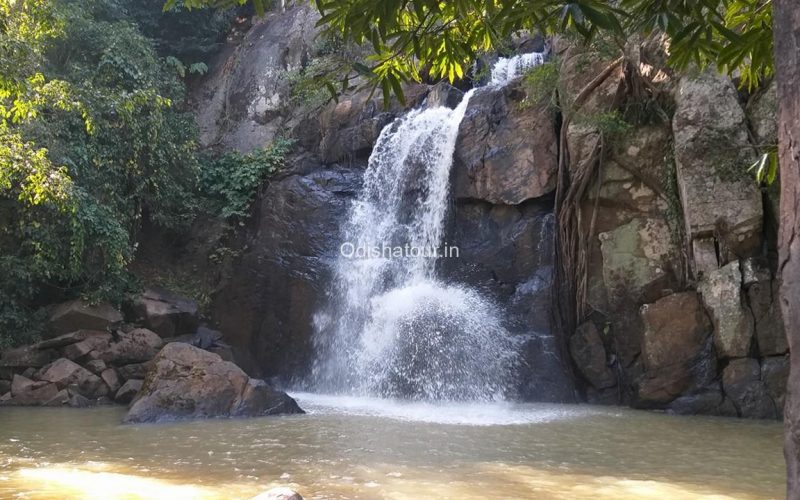 Midubanda Waterfall is loacted at a distance of 16 km From Daringbadi and 118 km from Phulbani Town. The waterfall spot is about 187 stairs below the parking area and surrounded by green scenery that attracts tourists to see this beautiful sight. The Midubanda waterfall produces such clean and cool water, which is very stupendous to take a bath in the natural shower and full of natural beauty and a good place for nature lovers. This waterfall is the top attraction of Daringbadi, The Winter season is the best time for group picnics here. The waterfall is one of the best tourists places in the Kandhamal district.

Maa Barala Devi Temple is situated at Balaskumpa. It is 15 km from Phulbani Bus Stand and around 65 km away from Kandhamal. Goddess Barala Devi is the presiding deity of this temple. Devotees come here for getting a wish from Barala Devi. The people of this area visit the Goddess frequently on many occasions, particularly on Dashahara. Pilasalunki Dam site is only 4 km from this spot. Dushera is the famous festival of the temple and, devotees come here to see the Durga Vesa of Barala Devi. Maa Barala Devi Temple is one of the popular famous Temple in Daringbadi, Kandhamal, Odisha 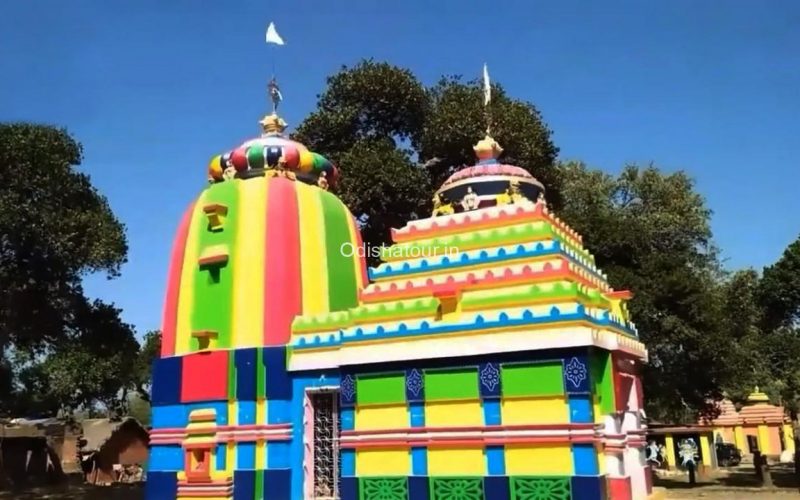 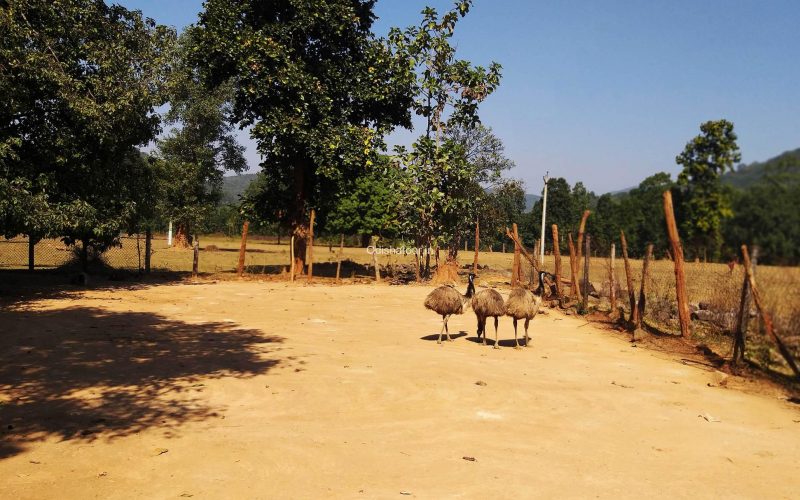 The Emu Farm Sanctuary is situated in Dadubada and about 14 km from Daringibadi in the Kandhamal district. These Emu are less common in Odisha. Emu is an Australian Bird, flightless and one of the Largest flightless birds in the World. They stand up to a height of 6ft. One can see big flocks of Emu birds on the farm, a sight rarely seen in the state. The Kirukuti farm has a large number of both male and female emu birds. Tourists who come to visit Daringbadi do not forget to visit this emu farm. 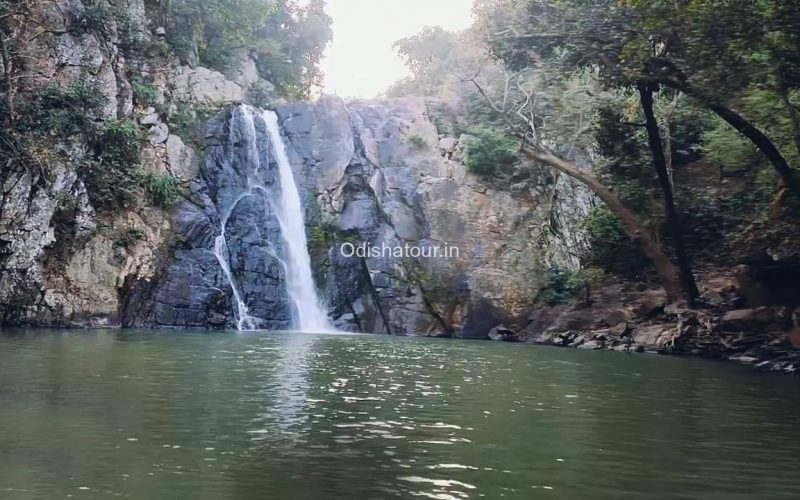 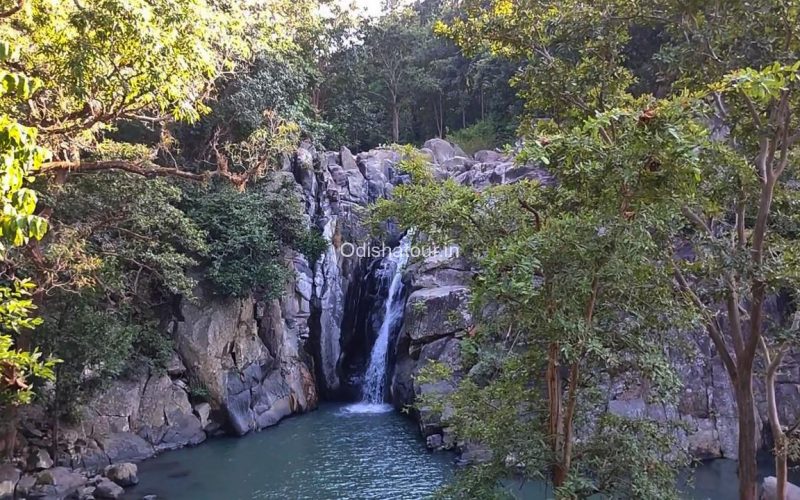 Mukulingia hill  View point is located near Mukulingia Village, and it is 8 km from G. Udayagiri and 63 km from Phulbani Town. This viewpoint is visible after walking on a 1 km hilly road. Its main attraction is the view of the clouds touching the mountains. The natural beauty of the hills and the dense forest attracts many tourists during the winter evenings. When the clouds touch the mountains of the valley during the rainy season, it enchants tourists. Mukulingia hillocks Viewpoint is one of the most popular tourist places in the Kandhamal District. 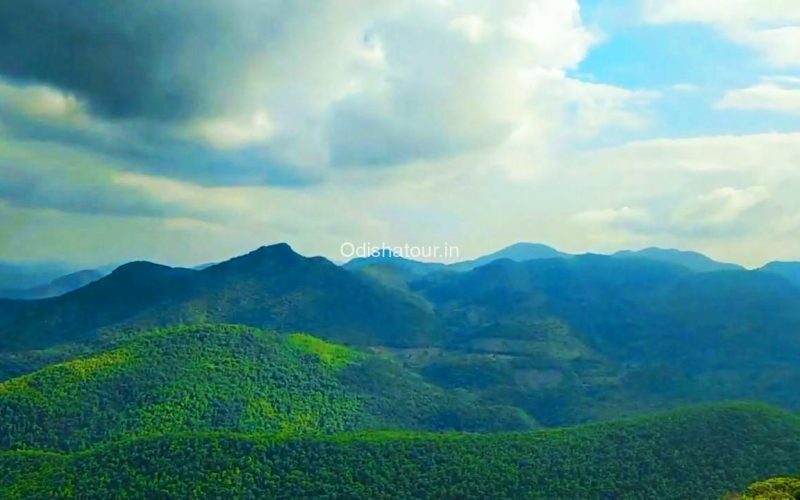