It is a tribal district of Odisha full of hills and forests. Koraput called the second Kashmir of Odisha. It is the Largest District of Odisha and is situated towards the southwest end of the state. The Koraput district is famous for its different projects and factories. Especially it is more famous for Mig fighter plane engine factory at Sunabeda.Rayagada and Semiliguda as well as N.H No 43 through this district. Koraput is the headquarters of this District. It has located on the hill slope and low lands. The best time to visit Koraput is winter and winter.

The district provides hills, mountains, waterfalls, forests and wildlife that attracts tourists here. There are various historical places to visit in the Koraput district. There are many tourist attractions in the district including, Gupteswar Temple, Jeypore, Sabara Srikhetra, Koraput Museum, Duduma Falls, Kolab Dam, Daman Jodi, Jain Math, Maliguda, This is why many tourists come here from outside the District and in the winter to see it.

The highest mountain peak of Odisha Deomali is situated 62 km from Koraput. Deomali is famous for Eco-tourism and trekking. The route enters an undulating lush green terrain as after a drive of around 20 km’s the serpentine road leads to Deomali, the highest peak of Odisha. With above 1672 meters from the minimum sea level of the eastern ghat of India, Deomali is the pride of Koraput. With misty clouds around you and a cold breeze piercing your body, trekking at this highest peak. Deomali Mountain is one of the most popular tourist places in Koraput 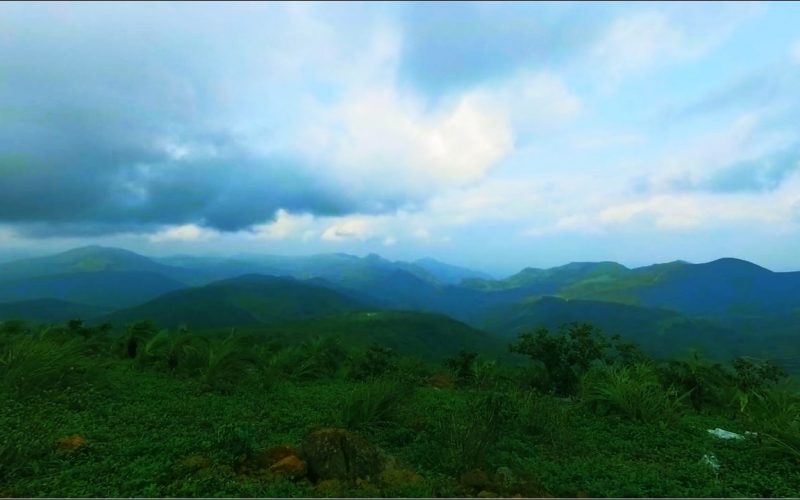 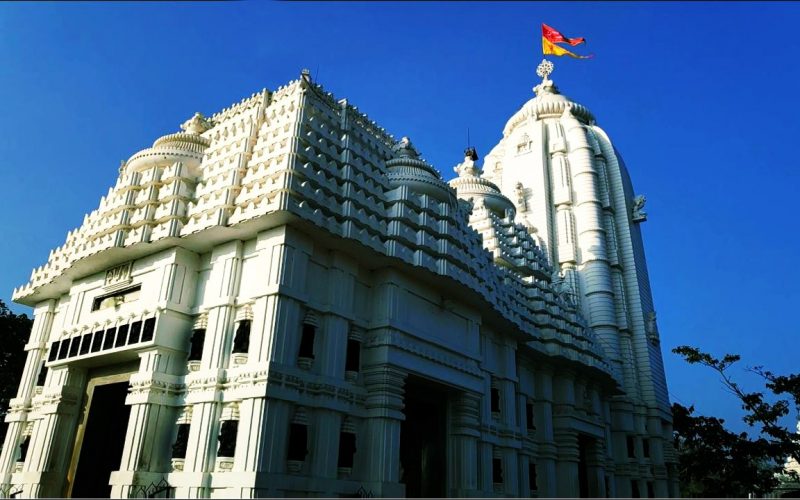 The beautiful Jagannath temple is situated at a distance of one km. from the district headquarters of Koraput. This is one of the most popular Jagannatha temples of Odisha called Sabara Srikhetra. The temple was Constructed in 1972 The local Tribal priests performed all the rituals of Lord Jagannath. The Rath Yatra is linked to the ‘Saura’ tribes who worship Lord Jagannath as their main Deity. Sabara Srikhetra is one of the popular tourist places in the Koraput District.

Maliguda is a small village 35 km from Jeypore and on the top hill of Maliguda Village and 50 km from Koraput. Where on a hill stop stands India 4th highest broad gauge railway tunnel. This tunnel was constructed with Japanese collaboration. The Place is very scenic and surrounded by forest, hills and waterfalls. Many people visit this place for a picnic and to enjoy the scenic beauty of nature. 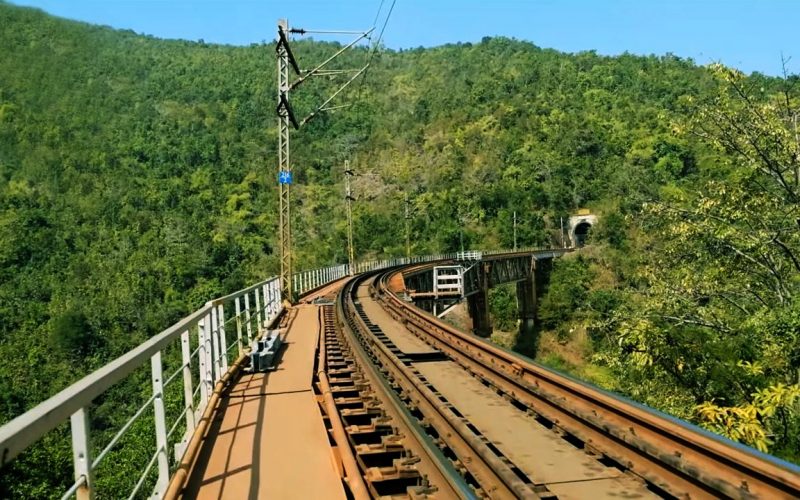 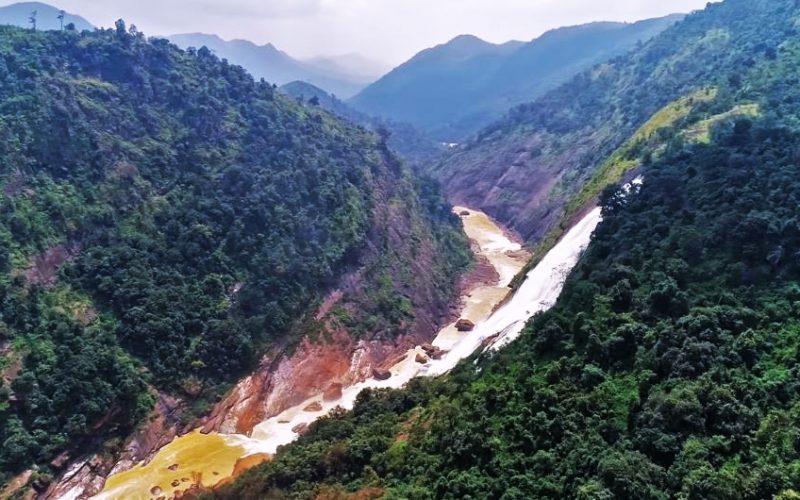 Duduma is situated 70 km away from Jeypore and its other name is Machakunda. Previously it was a place of pilgrims called Matsay Kshetra. it is the highest waterfall popular known as Duduma waterfall. So that a Hydroelectric project has been established here and the township of this place is developed for it. Duduma waterfall is one of the popular tourist places in Koraput, Odisha

Tribal museum is located behind the lord Jagannath Temple Koraput. The Museum collections of mines, costumes hand-woven clothes, musical instruments, caters to and educate the tourists about the culture and heritage of the tribals. A good place to visit. It will give you some basic insights into the tribal culture of the area Was a part of Koraput long before, after separation from the main district, the tribal existence came into people outside of Koraput. The tribal museum is popular tourist places in Koraput, Odisha. 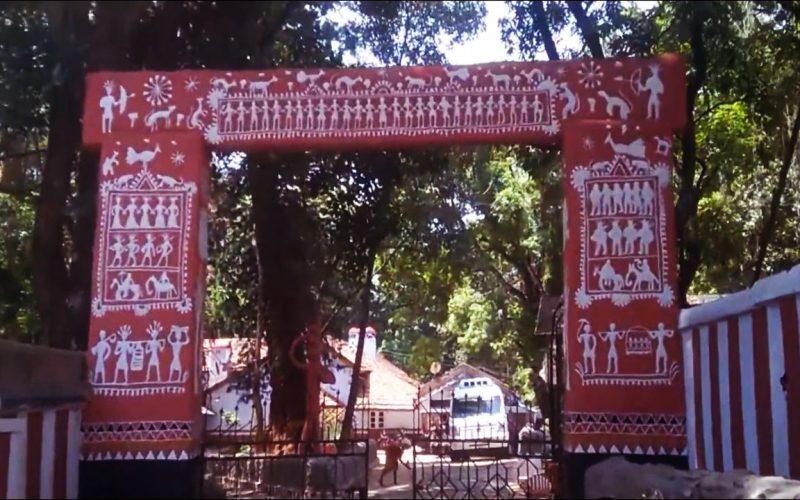 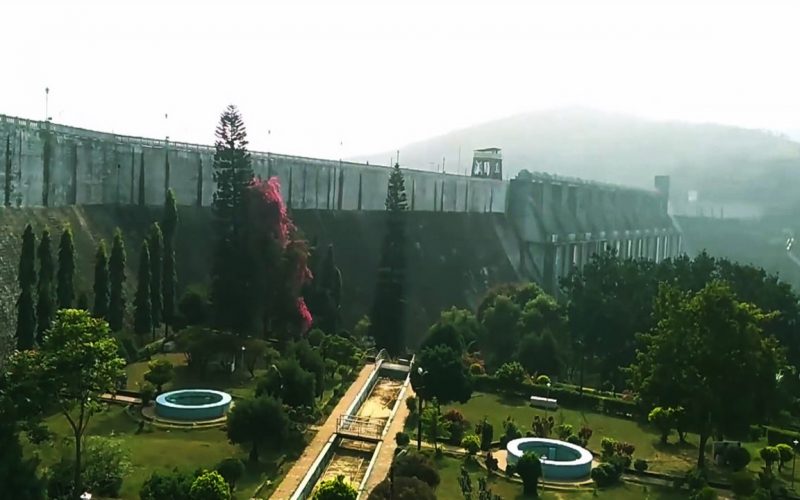 Kolab Dam is situated 20 km away from Koraput. At an altitude of about 3000 ft above sea level on the river Kolab. The Dam Stands the majestic Kolab reservoir generating Hydro Electric power. This Reservoir is Surrounded by a beautiful botanical garden with over 200 varieties of flowering plants. The garden attracting to people for weekend picnics and provides an opportunity to get connected with nature. The place is extremely valued for its scenic beauty attracts people for weekend picnics and boating. The Dam is the best popular tourist places in Koraput, Odisha

Jalaput Dam is situated 77 km from Koraput. There is a diamond reservoir having an area of 68 sq km. The Dam is a Hydroelectric dam constructed on the Machkund River. This reservoir will serve as an upper pond and the existing Balimela Dam as a tail pond for installing Pumped-storage hydroelectricity units. It is the best tourist place and picnic spot in Koraput, Odisha 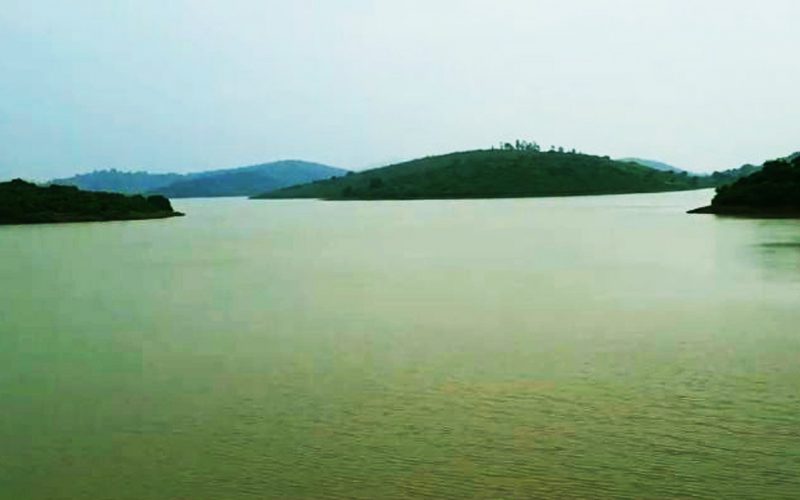 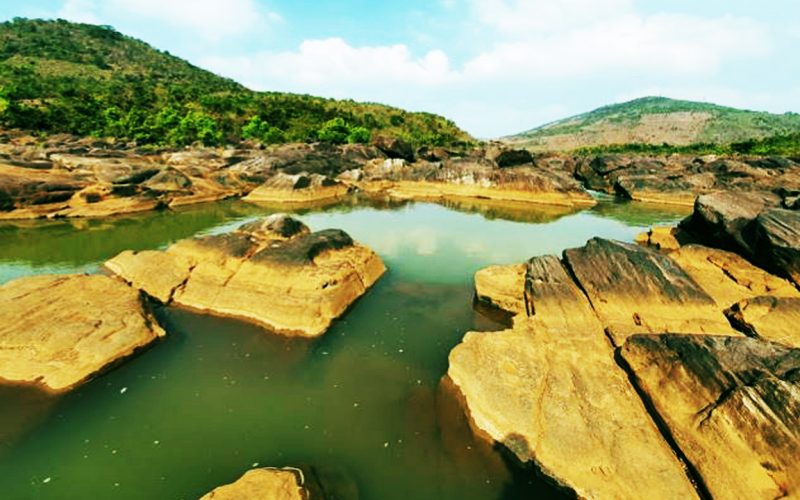 Bagra Waterfall is 9 km away from Jeypore and 15 km from Koraput. The scenic beauty of the place is very attractive for waterfalls. The water level completely depends on released water from the Kolab dam. It is surrounded by hills and forests and the best picnic spot. The natural Waterfall, dense and thick forest and high mountains attract thousands of visitors to a tourist place.

Nandapur is situated 30 km away from Sunabeda and the old capital of king Jeypore. It occupies a unique place in Koraput District. The Batrisa Singhasan arouses nostalgic memories of a golden era. Nandapur speaks volumes on the rich cultural heritage of the region. The Batrish Sinhasan 32 steps to the throne, linked with the fabled throne of King Vikramaditya of Ujjain has been a major crowd puller of the area, the 1.8-metre red image of Ganesh idol at the Ganesh temple and the Sarbaeswar shrine in Odishan style will amaze you. 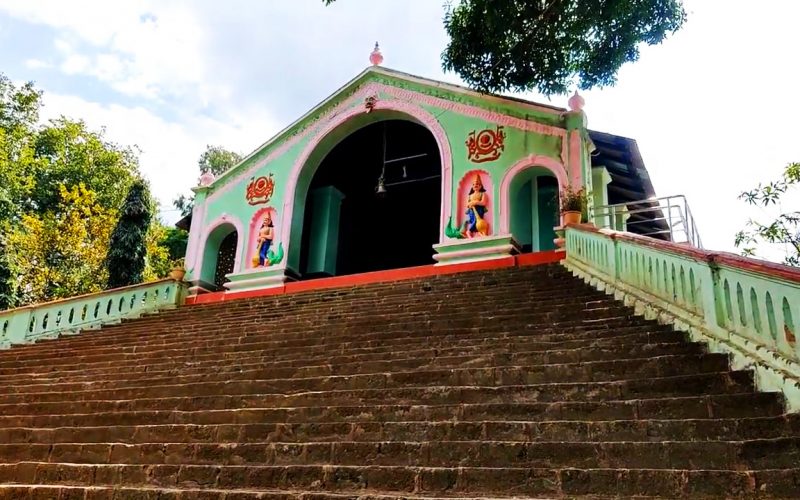 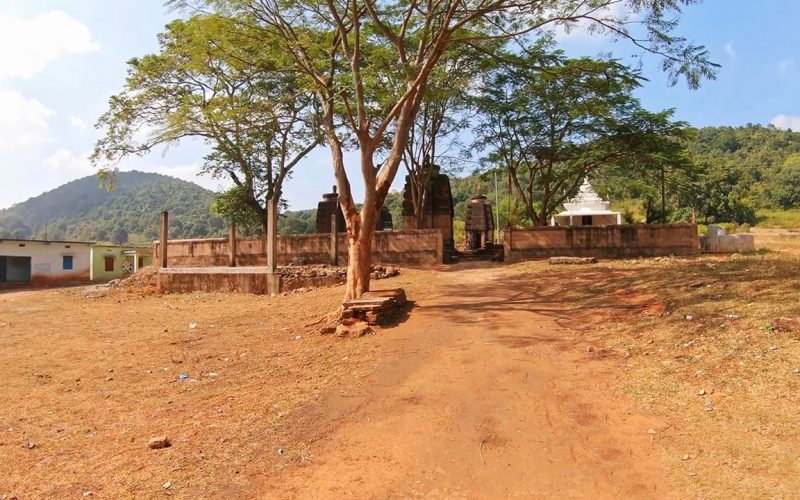 The Subai Jain Temple is situated 10 km from Nandapur and 34 km from Koraput town. The place is famous for its Jain monastery. The image of Rishabhanath and other Trithakaras are here to look at. Besides this, an image of four armed Tara also stands in the cell which recalled the place not only the centre of Jainism but also a Tantric Pitha in Odisha. The Jain temple was built by Jain gemstone traders, who came to the Koraput for trading. 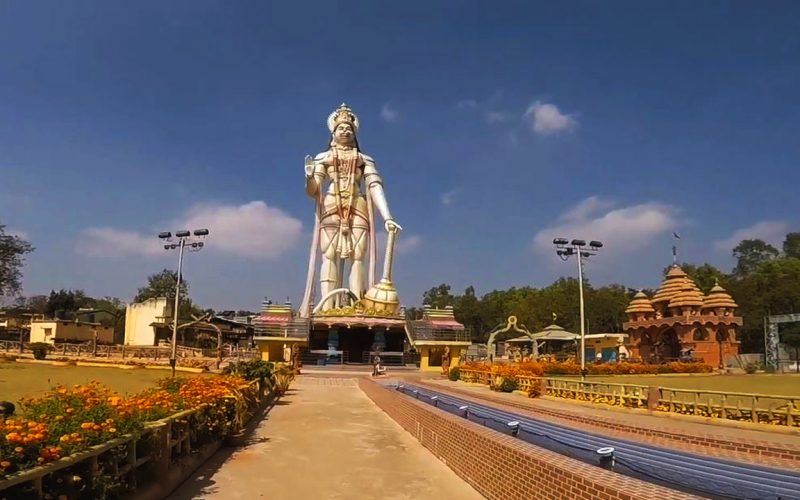 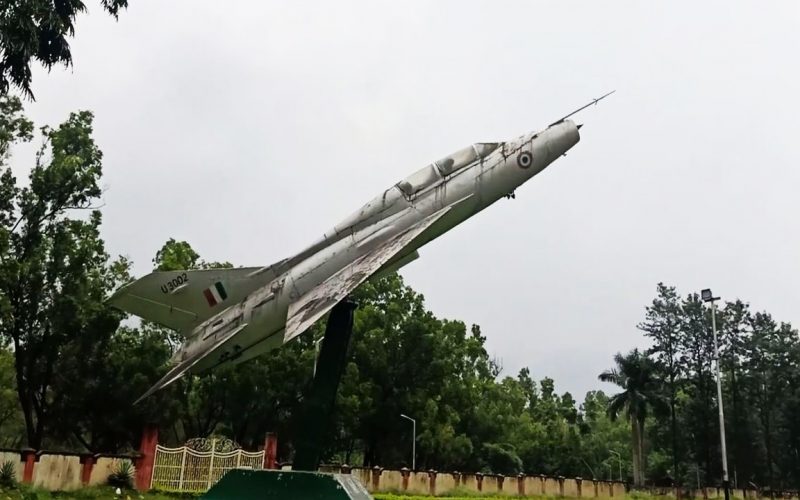 Sunabeda is 18 km away from Koraput town. The Sunabeda unit of HAL is famous for manufacturing MIG fighter planes and Sukhoi aircraft used by the Indian Air Force. Apart from a deer park situated inside the township. Sunabeda has a very old Jagannath Temple. Rath Yatra, Viswakarma Puja, Dussehra are the main festivals of this place. Damanjodi also has stadiums, Tarini Temple, Mangala Temple, Gayatri Temple, Maa Santoshi Temple, Sai Temple, Shiva Temple and Baba Biswanath worshipped in the place. Sunabeda is the best tourist place in Koraput, Odisha 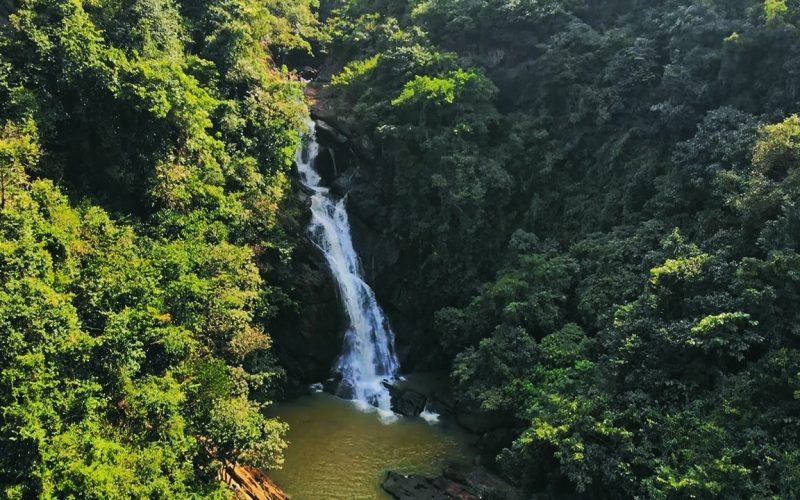 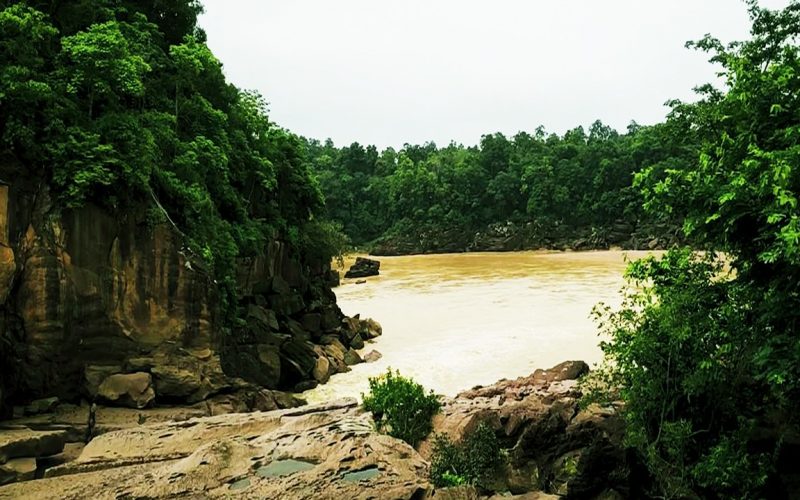 Gulmi Waterfall is 100 Kms away from Koraput and 25 Kms from Chandeli. It is Situated bordering Chhattisgarh, the Kolab River forming a whirlpool at Gulmi amidst serenity can stun you to a surreal world. The astonishing beauty, rocky Riverbank of this beautiful place of Koraput will make your journey memorable. The Gulmi Waterfall is the Best tourist place in Koraput, Odisha.

The Ram temple is Situated at Dumuripat, which is 7 km from Sunabeda and 12 km away from Koraput town. The famous Sri Ram temple has been established in the region of this place. The kneeling Hanuman statues is another tourist attraction of the place, and also the second-highest kneeling Hanuman Statue in Odisha. Ram Navami festival is the main festival of the temples Place is attracting thousands of visitors. A temple is a beautiful place for a picnic & religious importance. The Temple is a popular tourist place in Koraput, Odisha 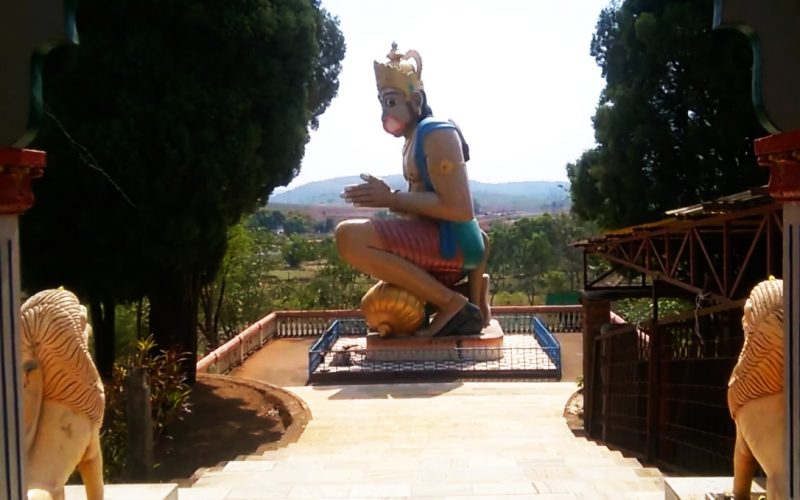 The Gupteswar-the cave shrine of Lord Shiva situated on a limestone hill is a famous pilgrim site and the biggest tourist puller of the district. Devotees in thousands from Odisha, Andhra Pradesh, Telengana and Chhattisgarh throng to the cave temple, in the holy month of Sravana and on the annual Shiva Ratri festival.This is Best Koraput Tourist place

It is around 10 km in waterway Pond ferry point near Koraput town one can discover himself at the enthralling Kechala beside Kolab reservoir. Jain relics found in the place speak volumes of the impact of Jainism in the area in the medieval period. A 30 feet high Jain temple with images of Thirthankars identified as Resavanath, Mahavir Jain, Ambika Devi, Jakhya and Jakhyani indicates that Kechana was a seat of Jainism. 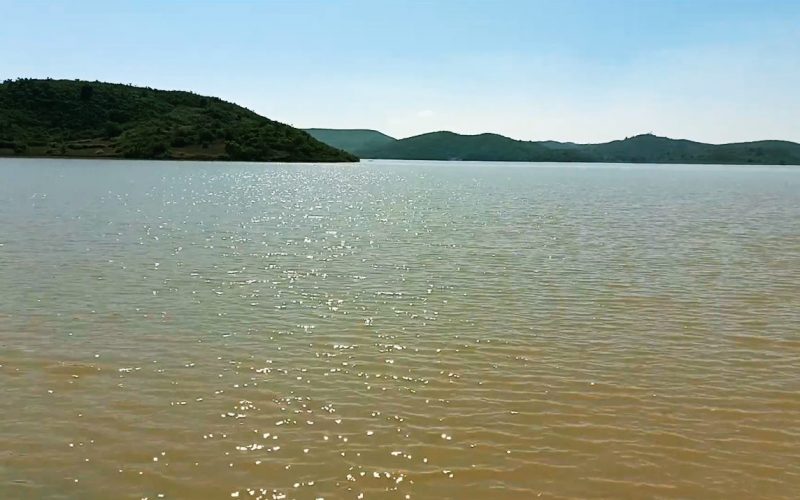 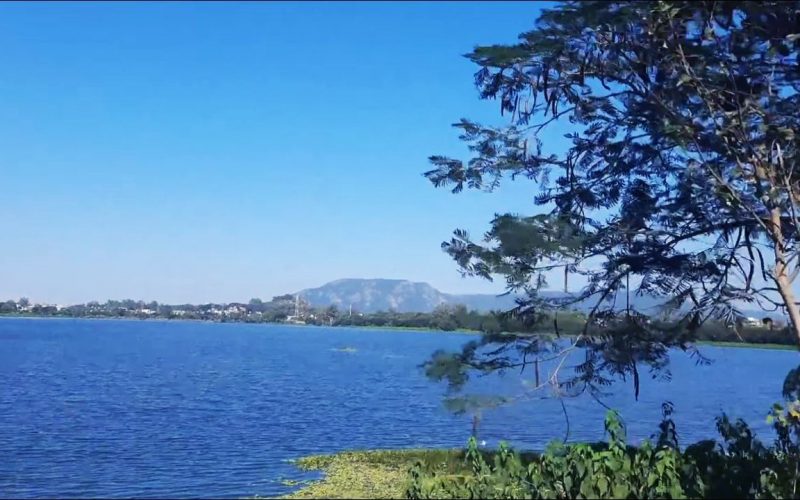 It is 22 Kms away from Koraput. The 255-year old Jagannath Sagar spreads over 67 hectares of land, which once used to fulfil the water need of Jeypore, has now a beautiful amusement park on its west bank, which has an open pandal and boating bay with stone packing on the slope. With an amalgamated view of the mountain range. The biggest manmade lake of the State dating back to over 300 years in Koraput. The Odisha Tourism department had developed parks and gardens on both sides of the Jagannath Sagar lake. This place is one of the most popular tourist places in jeypore 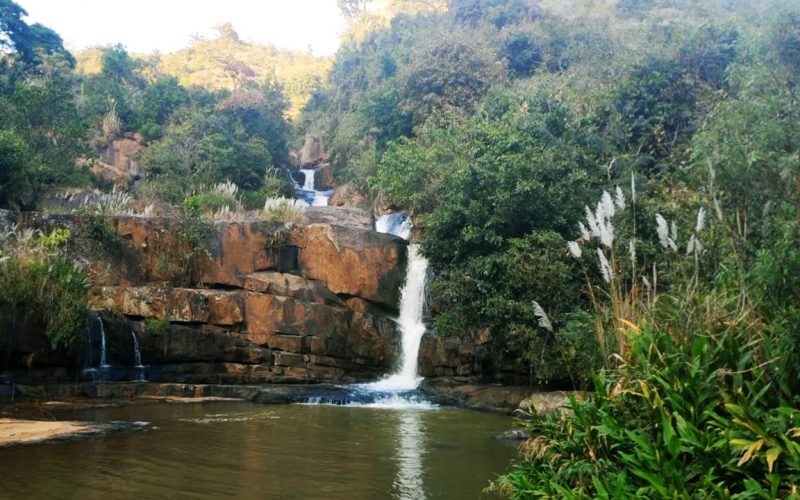 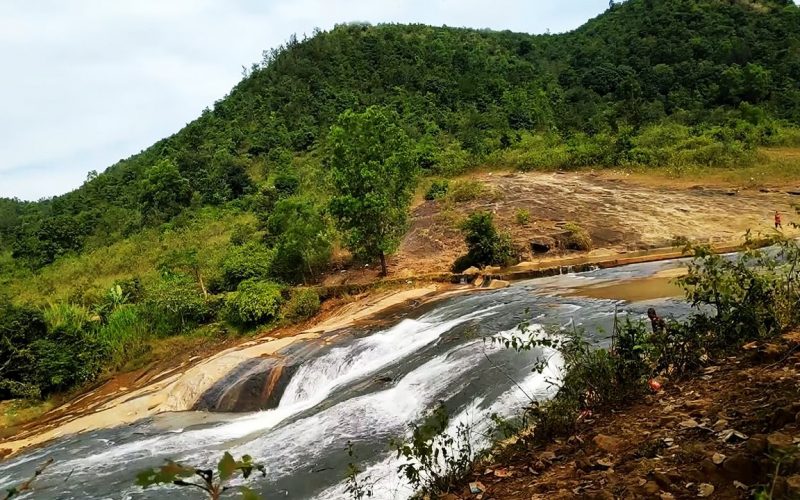 Punjisil waterfall is situated 1 km from Laxmipur. It is 43 km from Damanjodi and about 65 km away from Koraput Town. The waterfall is covered with dense forest and is Best for bathing in crystal water. The waterfall is surrounded by the greenery view it’s breathtaking. The dense and thick forest and high mountains attract thousands of visitors. It is a good place for picnics in the winter season. The waterfall is one of the best tourist places in Koraput, Odisha.

Jeypore is the oldest and biggest town of Koraput district. It is only 22km from Koraput. It was the capital of Jypore Maharaja up to 1947. Jeypore is not only culturally but also commercially famous in the district. There is a decapitated place of the Maharaja of Jeypore along with old Jagannath temples towards the southern part of the town. Besides this largest tank towards part of the town is called Jagannath Sagar having picturesque surrounding. 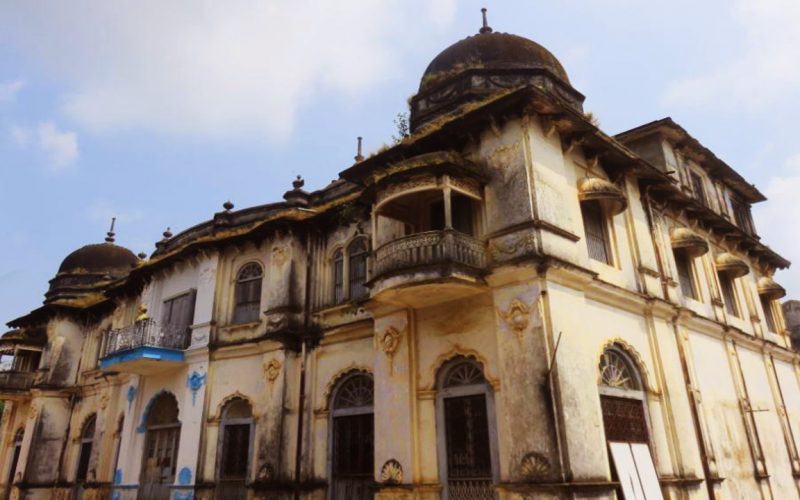