The District Balasore is situated in the northern part of Odisha adjacent to west Bengel and the Bay of Bengal in the east. The District is famous for the production of a huge quantity of paddy. As such it is called the granary of Odisha. Balasore is the headquarter of the district. It is 214 km from Bhubaneswar and 325 km from Kolkata and connected with the east coast railway and National highway no 5. Balasore is an old port town named after king Banasura. The town is situated on the riverbank of Budhabalang and closer to the sea. Long long ago the French, Dutch, and Britishers had established their business and factories in this place. The past glories and ruins still exist in the town. Balasore District is famous for Sea Beach and Panchalingeswar Hill & Temple .

Talsari Sea Beach is situated around 38 km from Jaleswar. It is about 95 km from District Headquarters Balasore The Beach is just 10 minutes far from Chandaneshwar Shiv Temple also 15 minutes far from Digha beach. It is a great tourist destination in Odisha and is close to Digha. The lengthy sandy beaches with red crabs and casuarinas at Talsari-Udaypur beach of Balasore district. There are small and large Eco camps, hotels, Resorts are available for tourists to spend the night and relax. Talsari Beach is one of the famous tourist places in Balasore. 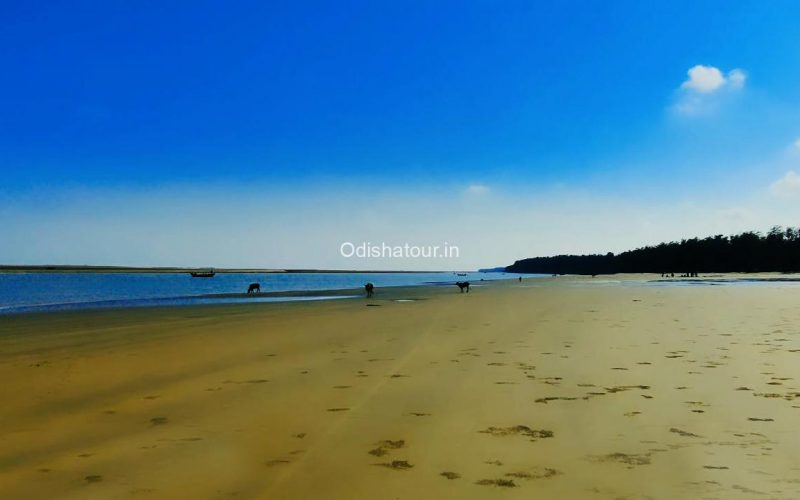 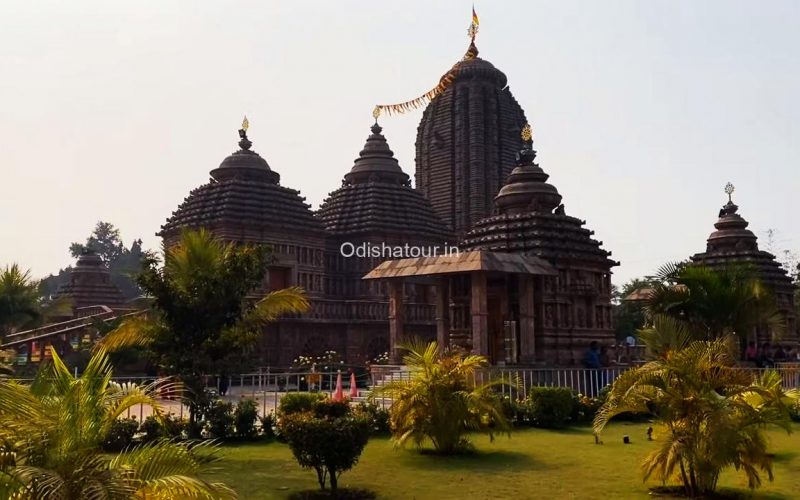 The tall and beautiful Jagannath temple is situated at a distance of 7 k.m. from the district headquarters of Balesore. The temple is a wonderful architectural model with red stone constructed by Emami which attracts a good number of visitors to this place. The stone carving and the monumental craft draws the attraction of visitors. Emami Jagannath Temple is one of the most popular tourist places near Balasore Railway station. Panchalingeswar temple to Emami Jagannath temple is the distance is 23 km. Emami Jagannath Mandi is one of the most famous temples in Balasore District. 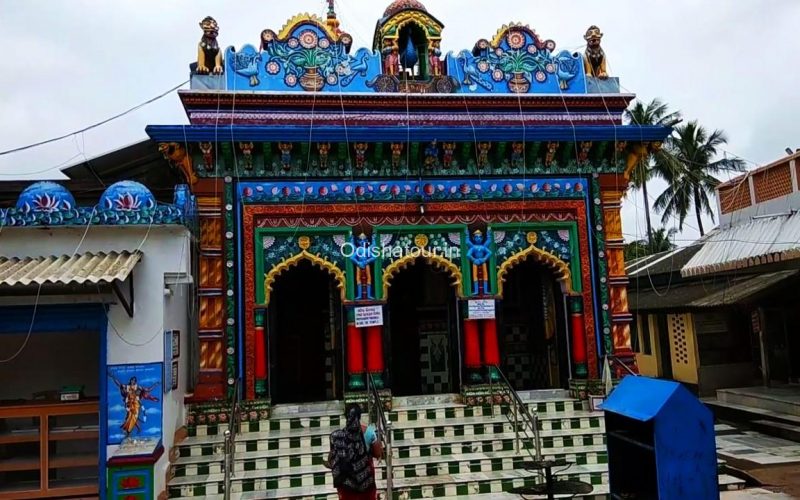 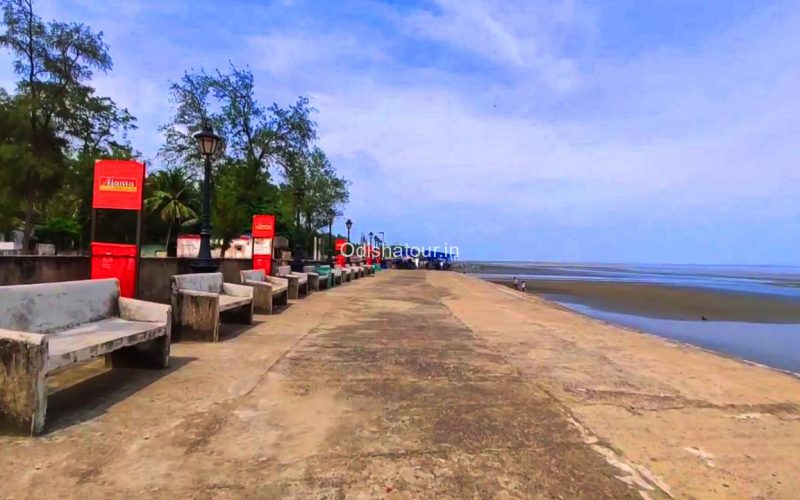 Chandaneswar Temple is 88 km from Balasore and 45 km from Jaleswar. It is a famous centre of Saiva Culture. Lord Chandaneswar is the presiding deity of the place. At the time of the Nilaprava festival called Chandaneswar Mela. A large number of devotees gather here. Digha sea beach of west Bengal is only 8 km from Chandaneswar. It is a glorious coastal city in North Odisha with a beautiful sea beach. A large number of pilgrims visits this temple during Pana Sankranti, the first day of the Oriya Calendar.  Chandaneswar Temple is one of the famous Temple & tourist places in the Balasore, Odisha 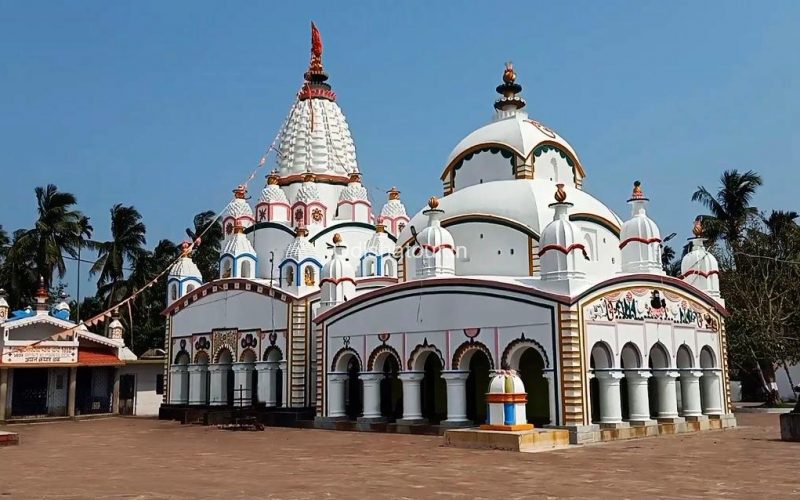 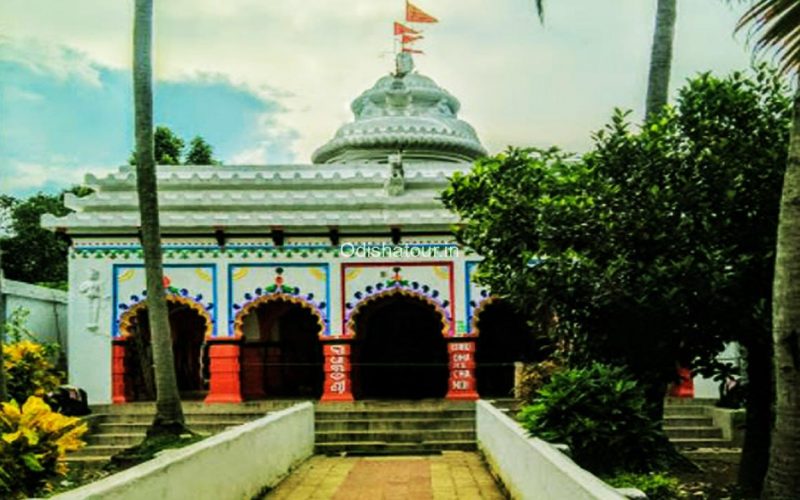 Bhudhara Chandi temple is 5 km away from Nilagiri and 28 km distance from Balasore. It is famous for the temple of Bhudhara Chandi dating back to a century AD. The temple was constructed by the king Basanta Bhujanga Mandhata of the Ganga dynasty. The Devi was an emergency from a ploughed land by a tribe at a time of ploughing. This temple is one of the top destinations for tourists and devotees. Nilagiri Bhudhara Chandi mandir is a famous tourist places in Balasore, Odisha 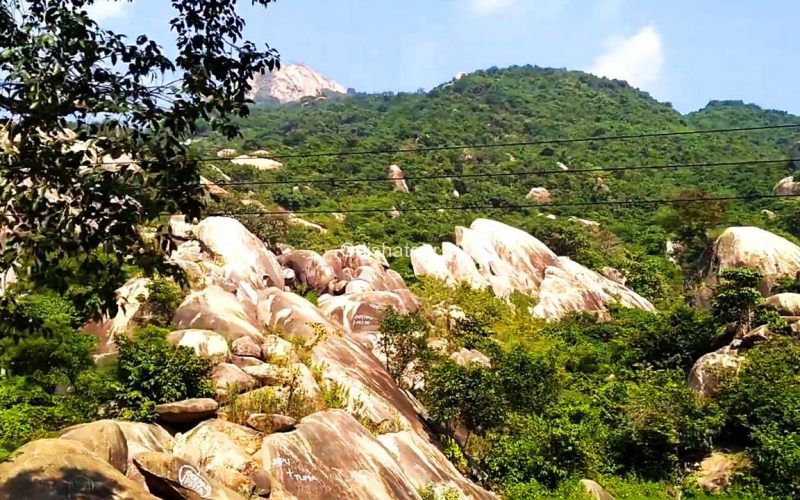 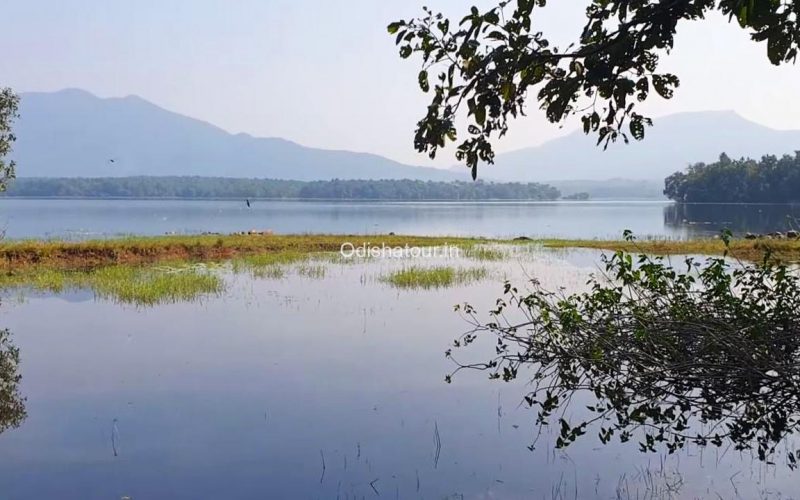 Kuldiha is 27 km from Balasore and 180 km from Bhubaneswar. India. It is s spread across 272.75 km in the Chota Nagpur Plateau region. It is connected with Simlipal National Park, Sukhupada and Nato hill ranges. It is the Eastern Highlands with dench forests ecoregion. It is the major tourist destination in the District for nature lovers and one of the important tourist destinations in the State. Panchalingeswar, the sacred shrine of Lord Shiva, draws devotees from all corners of the State and outside. Kuldiha Sanctuary is a Famous Tourist Place in Balasore District.

Radha Krishna Temple is situated about 3 km distance from Chandipur and 17 km from Balasore town. The marvellous marble statue of Lord Krishna and Radha is very attractive to this temple. Besides the temple also have a children’s fun place, boating, and lots of colouring fish. It has a small zoo. The place consists of a fish pond, Krishna temple, children’s park and rabbit house. It is one of the most famous and attractive picnic spots for tourists. Radha Krishna Mandir is a Famous Tourist Places in Balasore.  Balaramgadi Radha Krishna mandir is an attractive picnic spot in Balasore, Odisha. 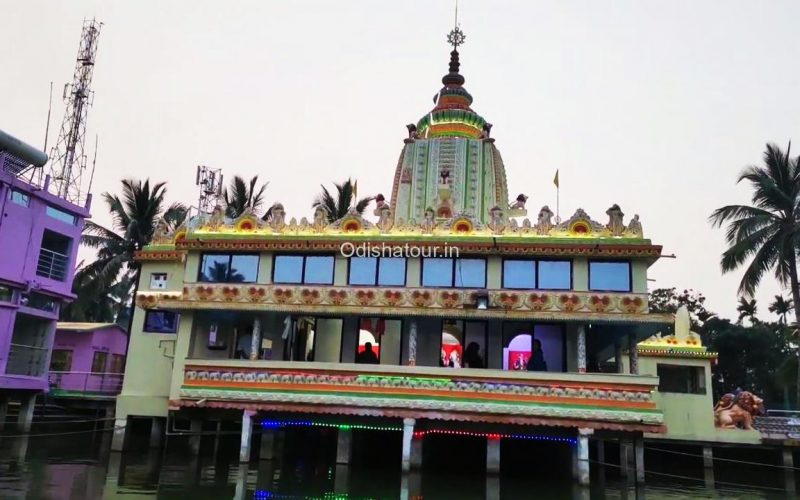 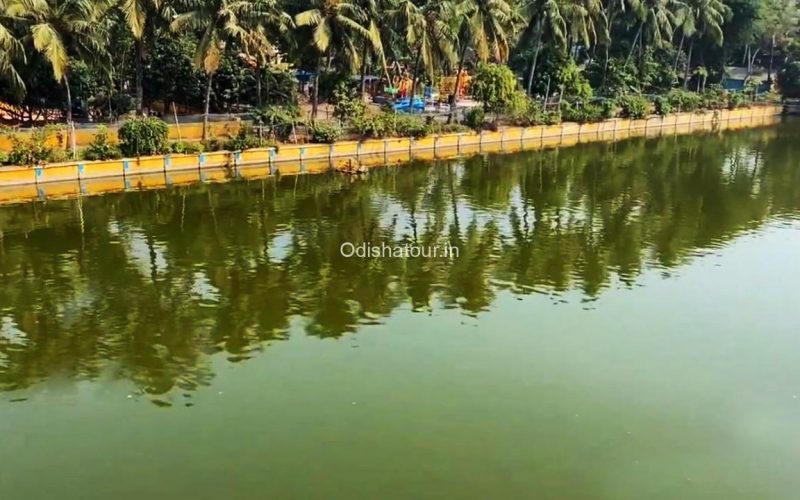 Balaramgadi Sea Beach is located at a distance of 2 km from Chandipur. The river Budhabalanga meets the sea Bay of Bengal. The place echoes with the daily activities of fishermen and traders who trade over the pricey catch of fish. There are a Radha Krishna Temple has located near the Beach. The Tourister apart from enjoying the beauty of the scenery takes the pleasure of the trading process. Balaramgadi Beach is a best tourist attraction places in Balasore.

Bichitrapur Mangrove Sanctuary is located at a distance of 43 km from Jaleswar and 100 km from Balasore town. The place has turned into a sheltering ground for birds, olive ridley turtles and crabs, and migrating birds come here in the winter. It is another tourist destination of Odisha. The area has surrounded by green Mangrove trees. The Subarnarekha river flows near the Mangrove forest in Bichitrapur and merges the Bay of Bengal.Bichitrapur Wildlife Sanctuary and Bichitrapur nature Camp is one of the most popular tourist places in the Balasore District. Talsari Beach to Bichitrapur Sanctuary distance is around 8 km, and Kolkata Digha Beach is 12 km. 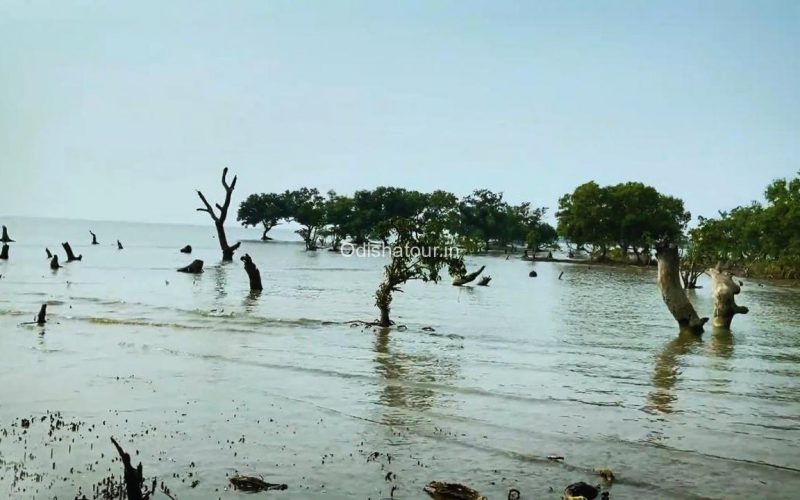 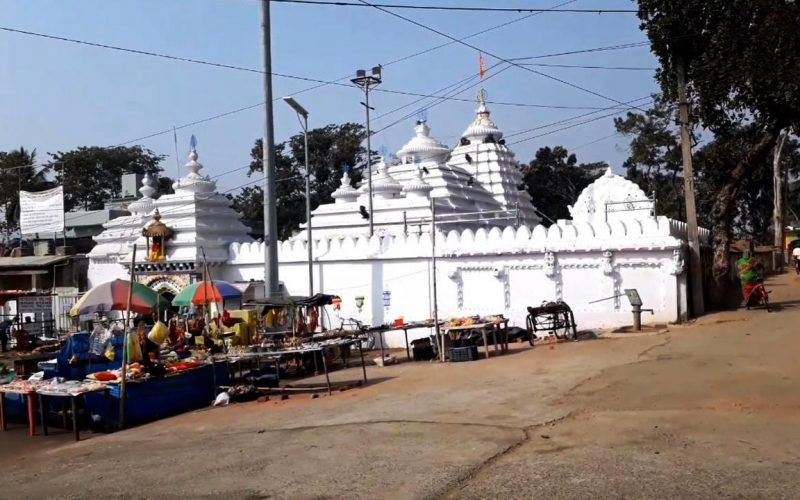 Jagannath Temple is situated in the foothills of Swarnachuda hill at Nilagiri, and it is about 17 km from Balesore town. It is the most popular Jagannath temple in Odisha and the 2nd most famous temple in Balasore District. It was built by King Harichandan of the Nilagiri dynasty. Small temples of Maa Vimala, Ganesha and Lord Shiva can be seen in the premises of the Nilagiri temple. Thousands of visitors and devotees are coming to the shrine for panoramic views of the temple. The Ratha Yatra is the main festival of the temple Thousands of devotees come to the chariot on this day. This Nilagiri Jagannath temple is one of the top destinations for tourists and devotees. 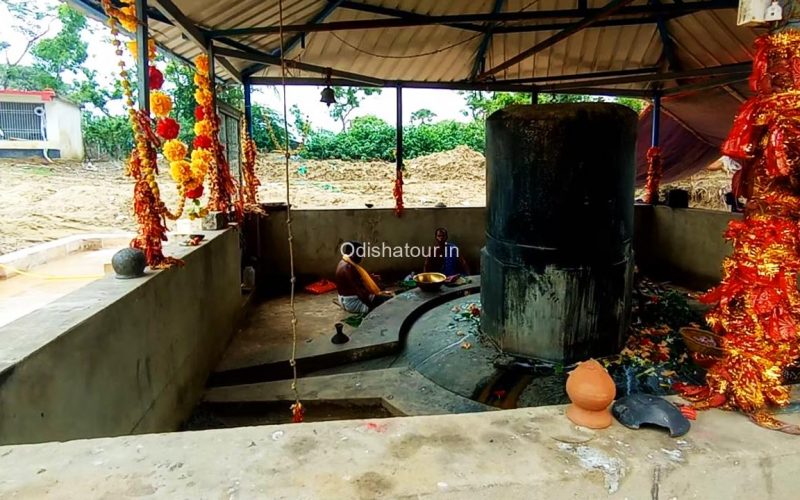 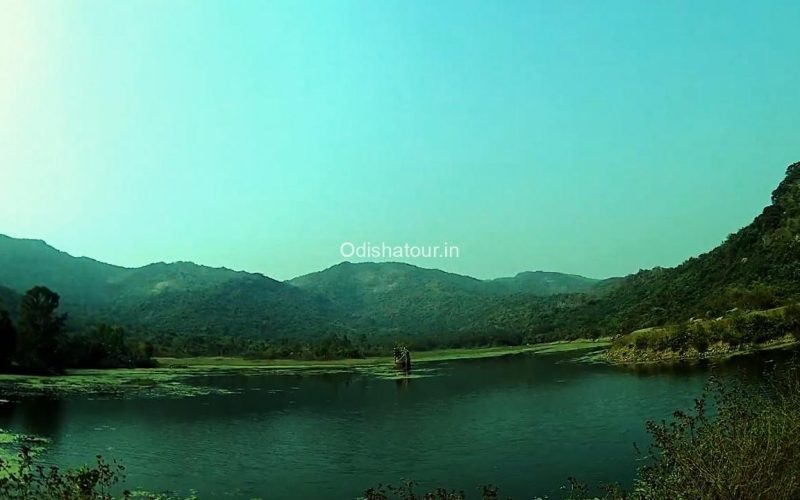 The Khumkut Dam is 6 km from Panchalingrswar and situated 10 km from Nilagir and around 40 km from Balasore town. The beautiful dam covered with green hill and full of Lotus flowers. The natural beauty of the Dam can be enjoyed in time of sunrise and sunset is charming. The serene beauty of the green hills and forests attract to the visitor and picnic rush the spot during winter. Khumkut Dam is a famous tourist places in Balasore, Odisha.

The Sindhua Dam is located inside the Kuldiha Wildlife sanctuary, and It is around 18 km from Soro Bus stand and about 50 km away from Balasore town. The Dam covered with dense forest and is Best for bathing in crystal water. The dam is surrounded by the greenery view it’s breathtaking. The dense forest and hill views attract thousands of visitors. It is a good place for Weekend picnic in the winter season. Hatikholia waterfall is located near Sindhua Reservoir. Sindhua Dam is a most popular famous tourist places in Balasore, Odisha. 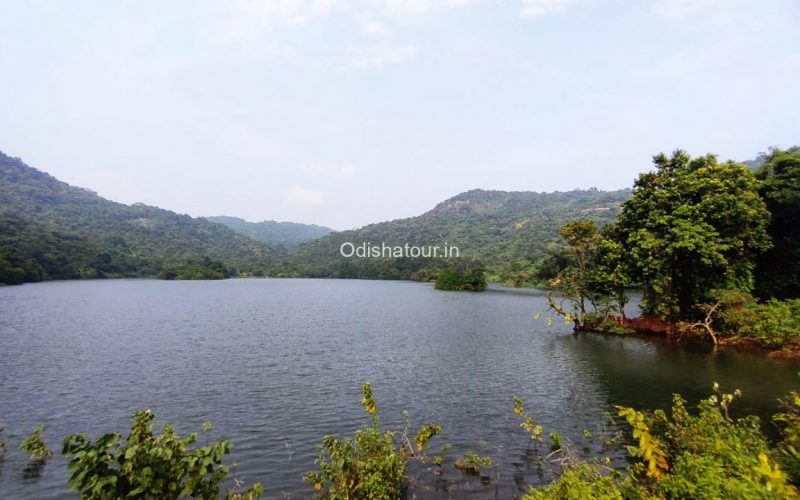 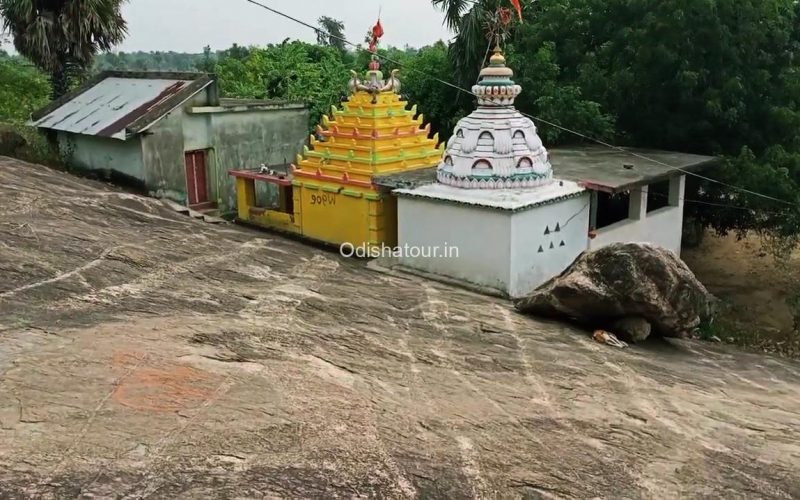 Bisheshwar Mahadev Temple is located on a hill near Kuldiha Wildlife Sanctuary. Lord Shiva is worshipped in the temple. This place is surrounded by many large rocks. It is 12 km from soro and is 33 km southwest of Balasore Town. Bisweswar Mahadev Temple is one of the most attractive picnic spots for tourists in Balasore, Odisha.

The Mani Nageswar Shiva temple is situated at Bardhanpur and is around 15 km away from Balasore town. Lord Shiva is the presiding deity of the place. The Temple was built in the year 1600 A.D. Mythology says that Pandav at the time of their “Agyantabas” used to take baths at Pandav ghat in the Bay of Bengal very close to Bardhanpur. After taking bath they used to have a Darsan of Maninageswar Shiva. Throughout the year devotees from different parts of Odisha come here to worship Lord Mahadev and Mahashivratri is the famous festival of this temple. Mani nageswar shiva temple is a famous temple in Balasore, Odisha. 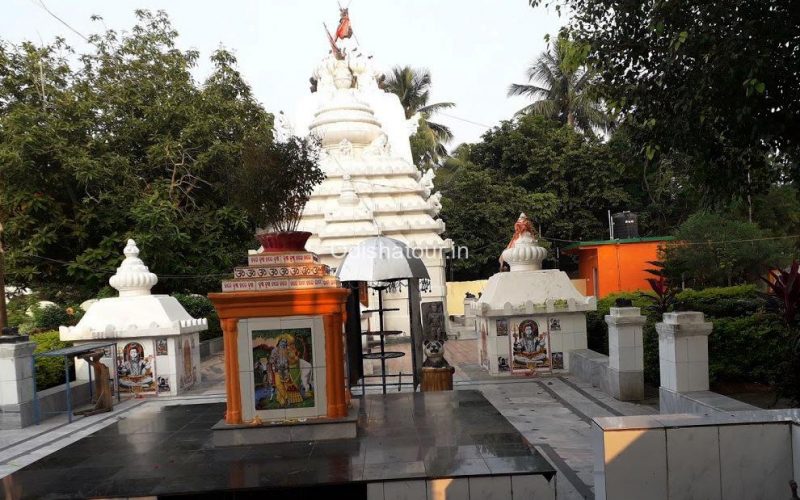 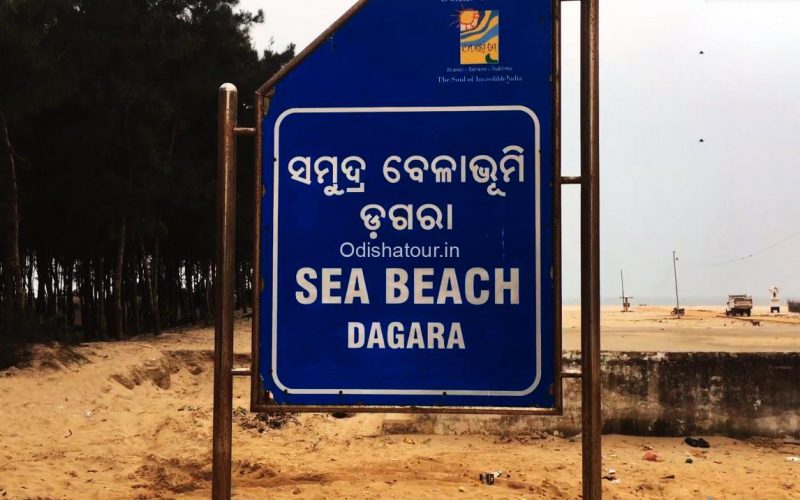 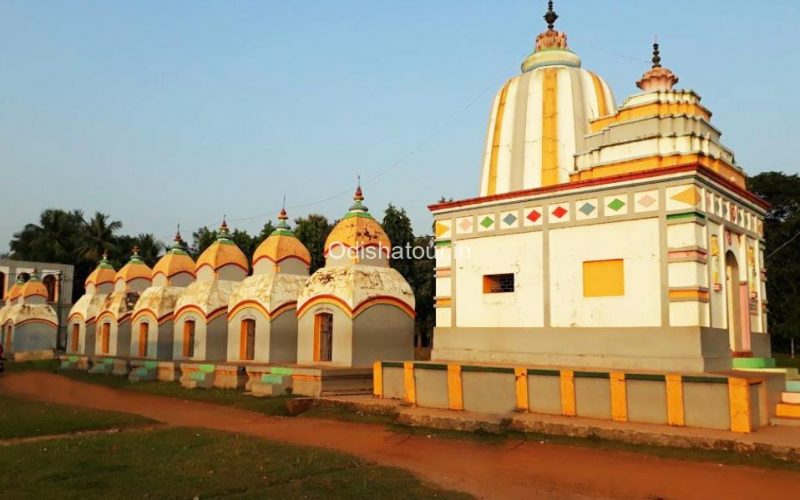 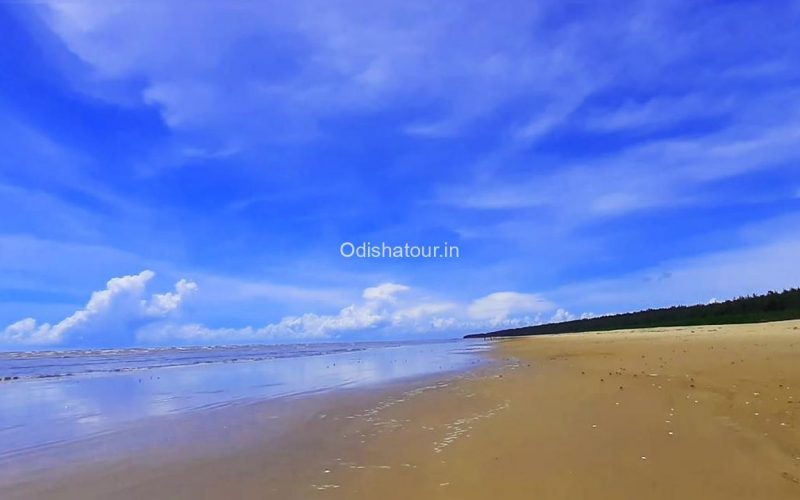 The famous Kasafal Sea Beach is located 45 km away from Balasore. The cool shadows of the jungle forest with beautiful beaches attract tourists. Because it is not very deep, it is easy and safe to bathe. Every year, millions of devotees gather to bathe on the occasion of the Baruni bath. This Kasafal beach is full of red crabs & trees which is looking beautiful a real natural beauty. Kashaphal beach is a perfect fishing Centre. The sunrise and sunset at this beach are really very pleasant for the tourists. It is a very nice place to enjoy the weekend and Holiday. Kasafal Sea Beach Best Tourist Place in Balasore

Bagda Sea Beach is situated at Dublagadi and is around 34 km from Balasore town. It is located 53 km from Jaleswar and 245 km from Kolkata. Bagda Sea Beach is one of the cleanest and virgin beaches of Odisha. There are small and large Eco camps available for tourists to spend the night and relax. It is also the best picnic spot which attracts visitors for its beautiful seashore. Bagda Sea Beach is the most popular tourist place in Baleswar. The beach is full of red crabs and trees that are very attractive to see. The beach is also a top tourist destination in Balasore, Odisha. 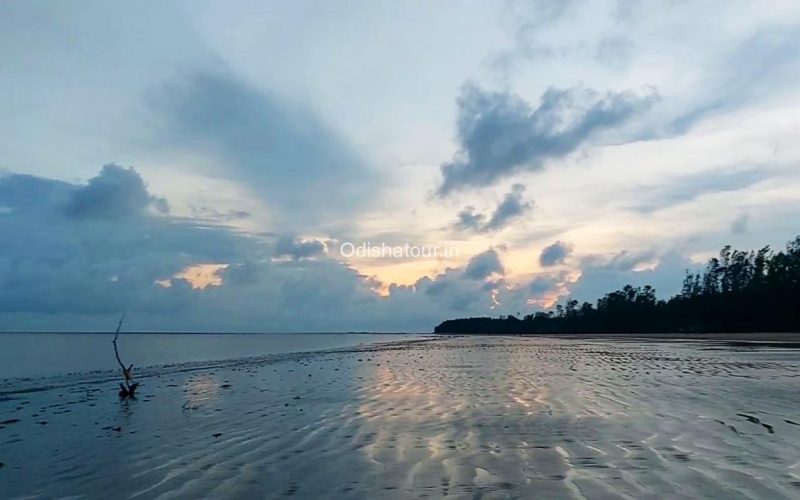 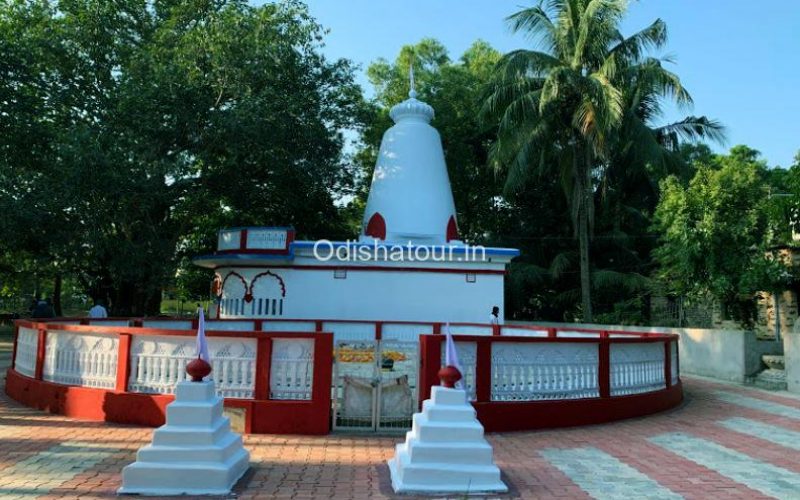 The empty mandapa at Kupari in the Khaira block and about 60 km from Balasore town. It is a Mandapa where thousands of devotees worship the empty spirit without the goddess. Devotees believe that emptiness comes out of the heart of every human being who is revered as a deity. There is a Brahma Sabha in this mandapa, a symbol of the faith of the people. Thousands of devotees from different parts of the state come here on this empty mandapa every year on the Kartik Purnima. It is believed that crores of births are a sin to be seen by boating and visiting the Sunya Mandap. Kupari Sunya mandap is a tourist attraction near Balasore.

Langaleswar Temple is 43 km away from the district headquarters of Balasore and 30 km from Jaleswar. The place is famous for its location and mythology where Lord Shiva used to plough the paddy field. In memory of the same plough is there and hundreds of pilgrims use to gather there to worship the Lord Langaleswar who has been named after that plough. Mahashivratri is celebrated every year at the famous Shaiva Pitha Langaleswar and attracts a large number of devotees. Langaleswar Shiva mandir is a famous temple in Balasore, Odisha 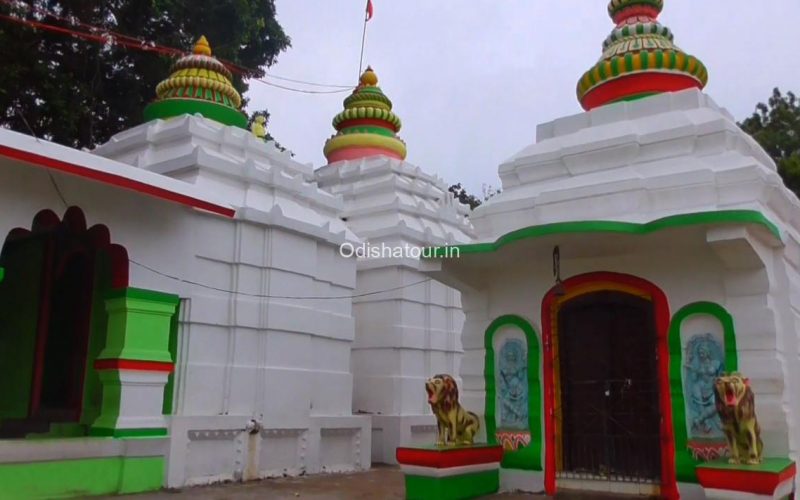 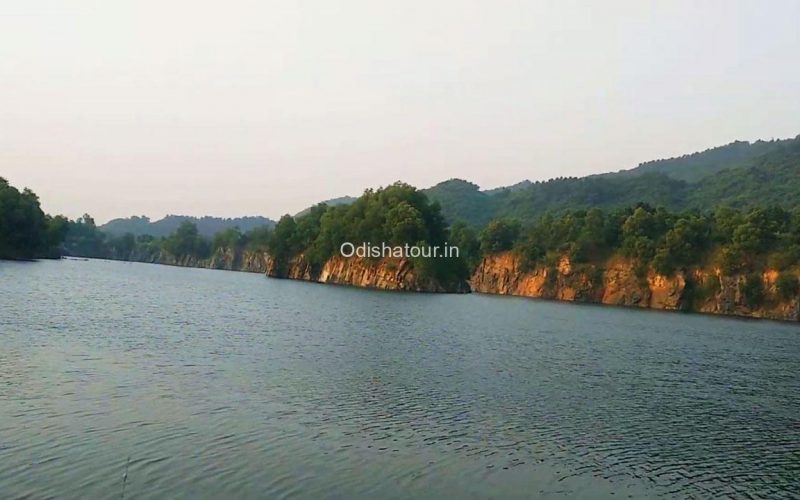 Blue Lake is located at a distance of 2 km from Mitrapur and 15 km from Balasore Town. It is an artificial lake which has come into being after mining in this place. The lake is close to the Nilgiri hills, and is filled with water at all times of the year. Blue lake picnic spot is a popular tourist places near Nialagiri. The reflection of the sun’s rays on the green waters of Lake is wonderful. Blue Lake is near Panchalingeswar and Emami Jagannath Temple, so tourists come here for picnics, and sightseeing. The best time to visit this place is during sunrise or sunset. 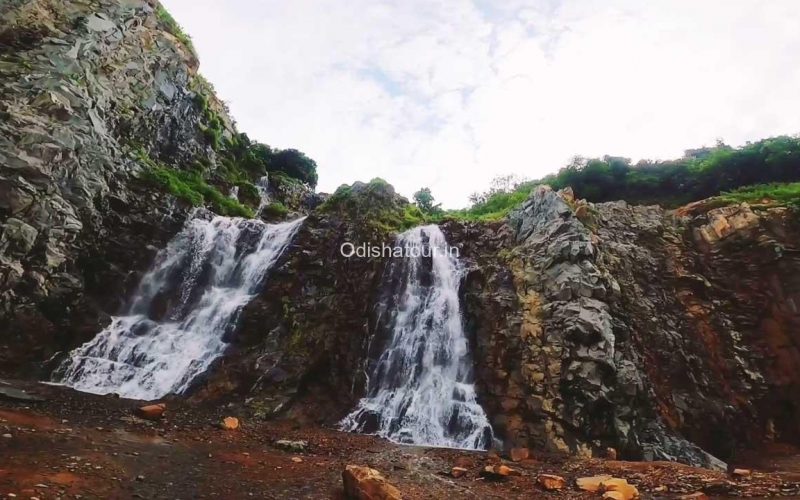 20 Best Places to visit in Balasore

The best time to visit Balasore is the winter season, and Between from November to June Month