Kalahandi is 420 km away form Bhubaneswar. The entire district is full of hills and dense forest. Bhawani Patna is the headquarter of the Kalahandi district. There is the Royal palace of Kalahandi Maharaja. Goddess Manikeswari is the presiding deity of the royal family and locality Chhatra yatra is the great festival of goddess Manikeswari. This festival is held on the day of Dasahara with much pomp and ceremony. A large number of goats, pigs and cocks are sacrificed here as offering to goddess Manikeswari. There are also some other local festivals like Khandabasa, Nuakhai, Amnuan, Kandulnuan, Seminuan, Dumernuan, Kalahandi Utsav, Ghanta Jatra that are celebrated in the District. Best tourist places in Kalahandi

The Karlapat sanctuary is located in Kalahandi South Division which is 12km from Bhawanipatna in Kalahandi district covering a dense patch of lush green dry deciduous forest. A beautiful waterfall,’Phurlijharan’ has been developed as a picnic spot for the local visitors and draws a large number of visitors from far off places in and around Kalahandi District. Karlapat Wildlife Sanctuary is home to a plethora of wildlife animals and birds. The sanctuary is rich in wildlife such as leopard, gaur, sambar, nilgai, barking deer, mouse deer, soft claws Ottawa, a wide variety of birds and reptiles. 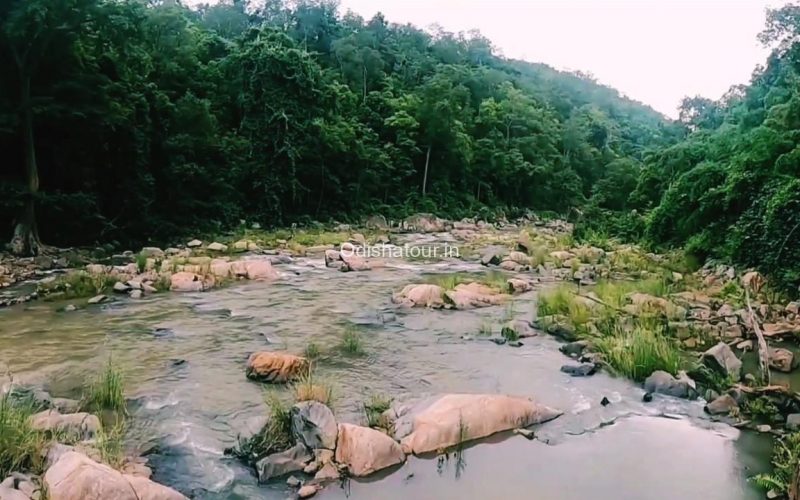 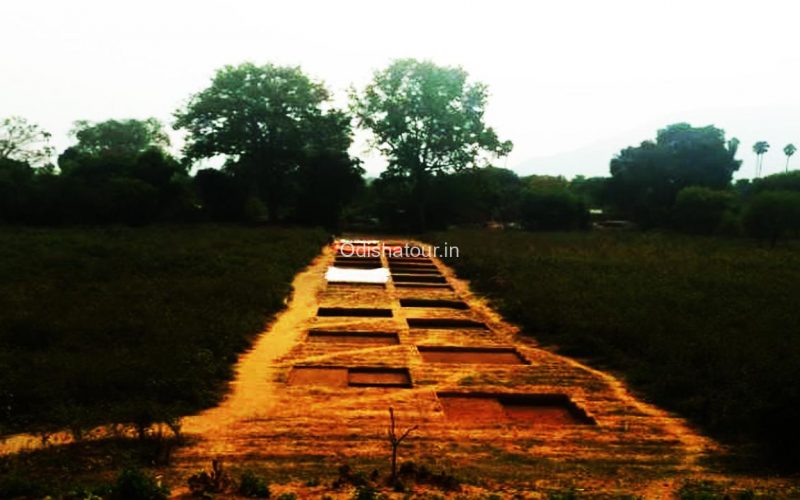 Asurgarh is the oldest fort. Situated on the bank of river Sandul.5 km away to the west of Narla railway station and 3 km from Rupra road railway station. The entire area covers about half km having important items of 8th century AD. The discovery of this place contains. Ancient potteries beads and silver coins belong to Mauryan period and other antiquities which needs the attention of archaeological excavation the fort Asurgarh is 35 km distance from Bhawanipatna. The Asurgada Fort is one of the tourist places in Kalahandi, Odisha.

Maa Manikeshwari Temple is located in the Kalahandi district of Odisha. The main deity here is Goddess Manikeshwari. She is the Ishta Devi of Nagavanshi Khyatriya’s. During the Dussehra festival, animal sacrifice is offered at this temple. Every year Chatar Yatra at a particular time is organised, and many people who have fulfilled wishes come and sacrifice animals in the name of the goddess. Karlapat Wild Life Sanctuary has located near Manikeshwari temple. Deity Manikeswari is the protective goddess of Kalahandi. Maa Manikeswari Mandir is a famous temple in Bhawanipatna, Kalahandi 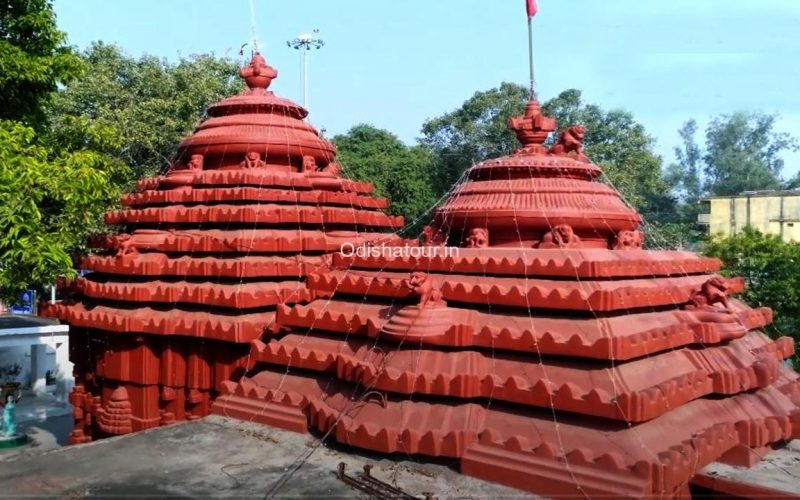 Lankeswari Temple has situated at Junagarh, and It is 15 km away from Bhawanipatna towards the Southwest. Goddess Lankeswari is the presiding deity of this temple. The statue of the Maa Lankeshwari is made of black chlorite stone. Lankeshwari Temple is one of the famous Shakti Pitha of Odisha. Khandabasa Jatra at Lankeswari Pitha of Junagarh is the Main festival of the Kalahandi district in the month of Aswini. Sri Rama Navami, Mahavishuba Sankranti & Durgapuja are the main functions of the Maa Lankeswari. Lankeswari Temple is one of the tourist places in Kalahandi.

It is situated at a distance 50 km from Bhawanipatna. It is famous for Shiva temple and a museum containing the ruins of antiquities. This is an ancient Shiva temple near the confluence of tel and Utei river. One of the historical place in Kalahandi, Thousands of people gathered during Siva Ratri and for a picnic 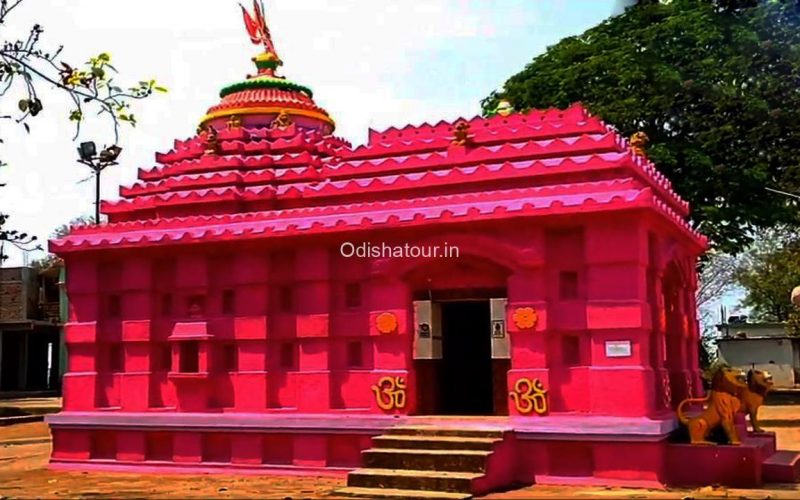 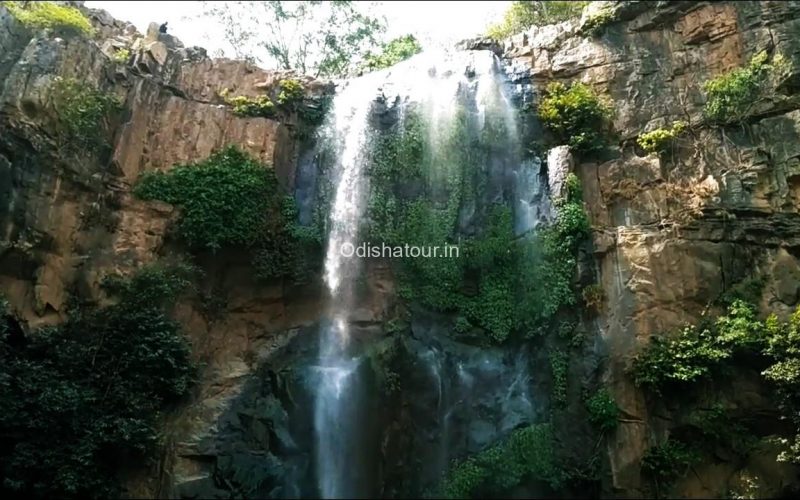 Dokarichanchara waterFall is situated 84 km from Bhawanipatna near Kokasara village on the border of Kalahandi and Nabarangpur district. The place is nothing but full of natural sceneries. It is a hilly place having a perennial waterfall which creates a pool of crystal clear water. Dokarichanchara is famous due to its two famous waterfalls, Dokaridara and Bhanyaraghumara. Besides, the historical Gudahandi cave nearby it makes this place more prominent. Gudahandi waterfall is located near the Dokrichanchara Waterfall. The scenic beauty of the place is very attractive for waterfalls.

Phurlijharan Waterfall is a perennial waterfall, and It is located around 16 km distance from Bhawanipatna, Kalahandi district, Odisha. The height of this waterfall is about 45 feet. It is a tourist attraction for picnics. The water of the waterfall flows through the springs from the hills. Thousands of tourists come here to see the natural streams, dense forests and high mountains. It is a good place for a weekend picnic in the winter season. Phurlijharan Waterfall is one of the best tourist places in Kalahandi. The place has crowded as many tourists come here to enjoy its natural beauty. 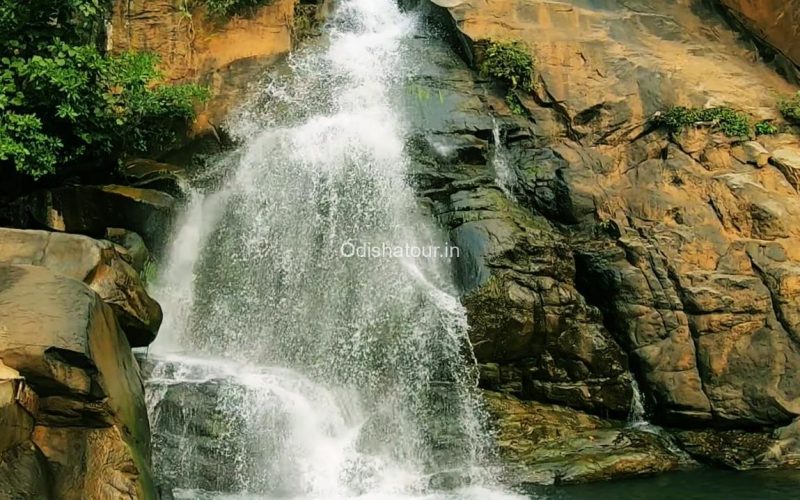 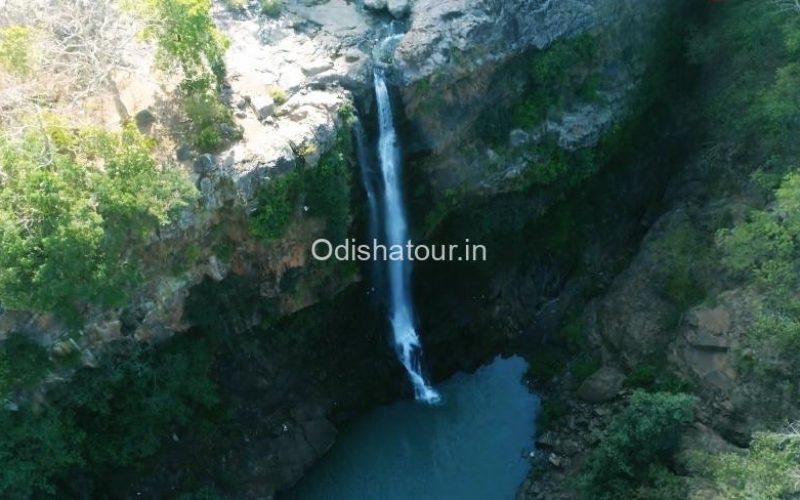 The Ambapani Sanctuary is located 77 km from Bhawanipatna. The picturesque Ambapani hills present a panoramic view of nature. A frolicking valley called “Haladigundi” in this hill range exhibits some peculiar features due to the reflected rays of the sun. In the morning and evening, the objects of vision appear yellow. The whole area abounds in spotted deer, Sambar and Black Panthers who can be seen at the Behera reservoir. 5 K.Ms away are the pre-historic cave paintings at Gudahandi. The Sanctuary is surrounded by hills and forest.  Ambapani Sanctuary National Park is one of the tourist places in Kalahandi. 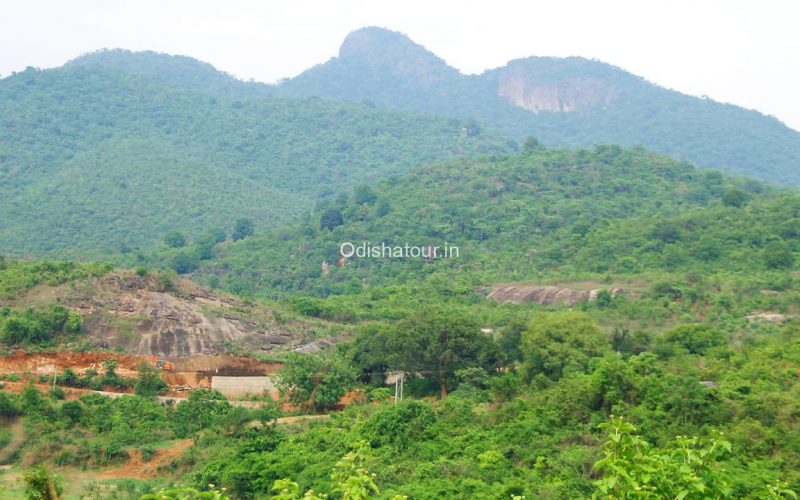 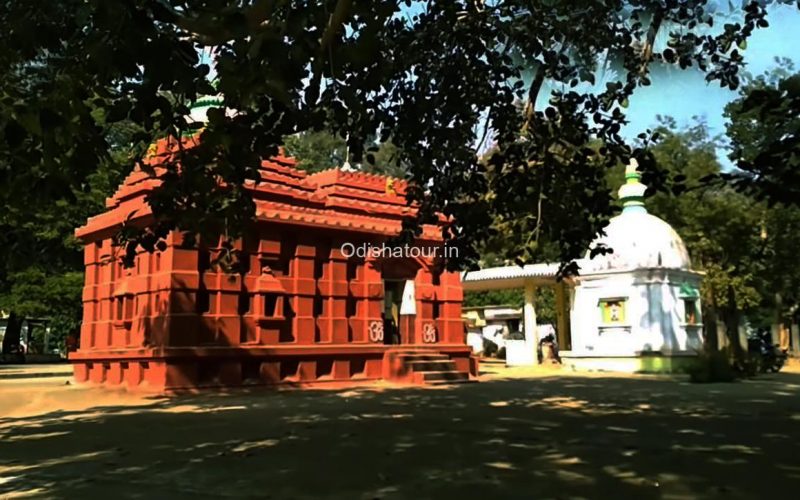 Belkhandi Uma Maheswar dhabaleswar Temple is Situated on the confluence of the river Tel and Uttei. It  is 67 K.Ms from Bhawanipatna. Two tributaries of the river Mahanadi, Belkhandi has gained prominence as a centre of religious activities and archaeological importance with a picturesque site.  Among the sculptures unearthed images of Sapta Matruka (Seven Mother Goddesses) and Uma Maheswar are not-worthy. The ruins of Belkhandi are preserved in a small museum adjacent to the temple premises. It is also an ideal site for an outing. Belkhandi Uma maheswar is a popular famous Temples in Kalahandi,  Odisha

Dhabaleswar Shiva Temple has situated at Mohangiri. It is around 85 km to the northeast of the district headquarters, Bhawanipatna, Kalahandi. A mountainous stream called Kali Ganga is flowing nearby, on the bank of River, which stands a Siva temple. The Shiva temple stands on a hill. The present temple stands ahead on the side of the pond. Here we find eight pillars and four pilasters and beams that are once upon them. Dhabaleswar Shiva Temple is one of the tourist places in Kalahandi 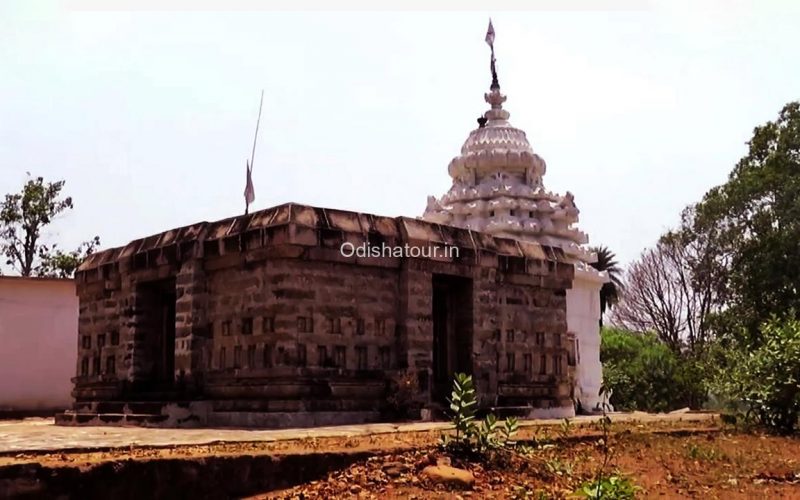 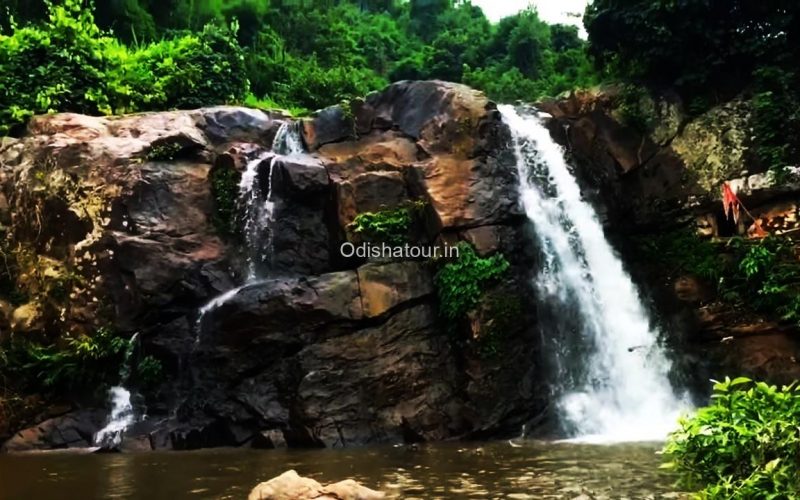 Rabandhara Waterfall is located around 13 Km from Bhawanipatna, Kalahandi. The waterfall flows through the dense forest, making it a popular tourist destination. It is best for bathing in crystal water. It is a good place for picnics in the winter season. There is a park for children and a Restroom available Near the Waterfall. The beautiful place is surrounded by hills and dense forest. The Waterfalls water are continuously flowing, so tourists come here all year round. Bada Rabandhar Waterfall also has located near the Sana Rabandhar Waterfall. The Sana Rabandhar Waterfall is one of the tourist places in Kalahandi, Odisha.

Ampani is situated 77km from Bhawanipatna and 48 km away from Nawarangpur on the way to Bhawanipatna. It is a small hillock and ghat road hill is full dense forest., especially sal tree and Piasala tree. There is an Artificial lake near the village Behera Pada. Besides the nearest valley called Haladigunda is a very beautiful place. The time of sunrise and sunset is charming and enjoyable. Budharaja temple is situated on the foot of Ampani ghat which is the presiding deity of the local people. Ambapani Sanctuary National Park is one of the tourist places in Kalahandi. 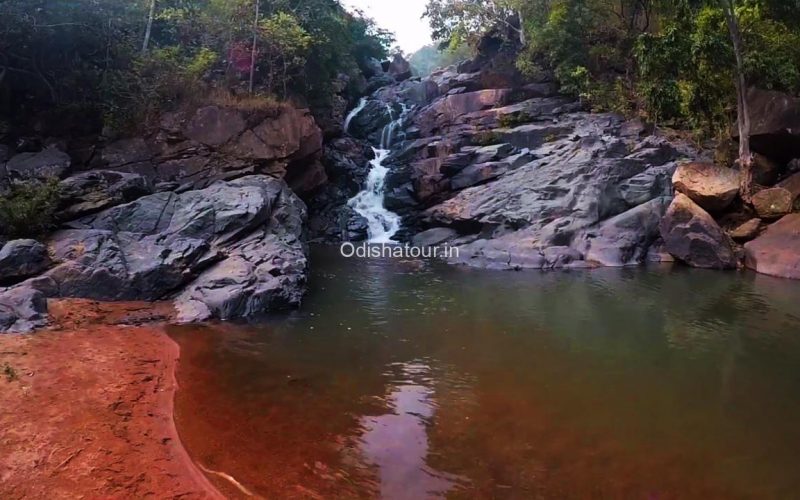 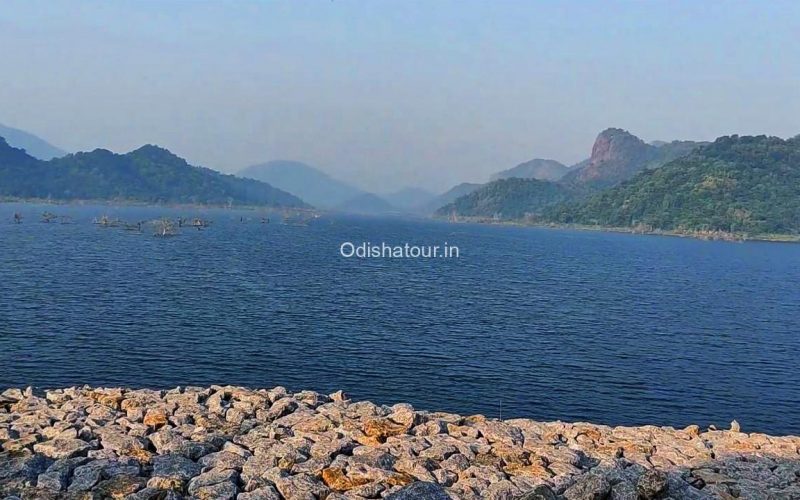 Ret Dam is located across river Ret, and It is around 23 km from Bhawanipatna in Kalahandi District. It is a beautiful small irrigation project that is used for storing water and farming. Ret Dam is surrounded by mountains and green forests. The natural beauty of the Dam is attractive during sunrise and sunset. Tourists come here for picnics because of the beautiful natural environment of Ret Dam. A large number of tourists come here to feast on the reservoir in the winter. The Ret reservoir is a popular tourist place in Kalahandi, Odisha.