Khordha is located 28 km from Bhubaneswar. It is important for its historical background, which was the capital of the Bhoi dynasty in the 1st century. It is the centre of the Pike Rebellion from 1817 to 1818. The District Khordha came into existence on 1st April 1993 by dividing it from its earlier Puri district. Puri, Khordha and Nayagarh were divided into three districts. The ruins of the ancient fort can now be seen at the foot of Barunai, in addition to being an important centre of the Khordha handloom industry.

Chilika Lake has spread over the Puri, Khurda and Ganjam districts of Odisha. Queen of natural beauty, Chilika, the largest brackish water lake in Asia covering an area of over 1,100 sq. km. is a great attraction for tourists for fishing, bird watching and boating. In winter, Chilika attracts thousands of indigenous and migratory birds, as well as a variety of birds from far and near Siberia. In the winter, a large number of tourists come here to enjoy boating. Chilika is one of the best tourist places in Odisha. 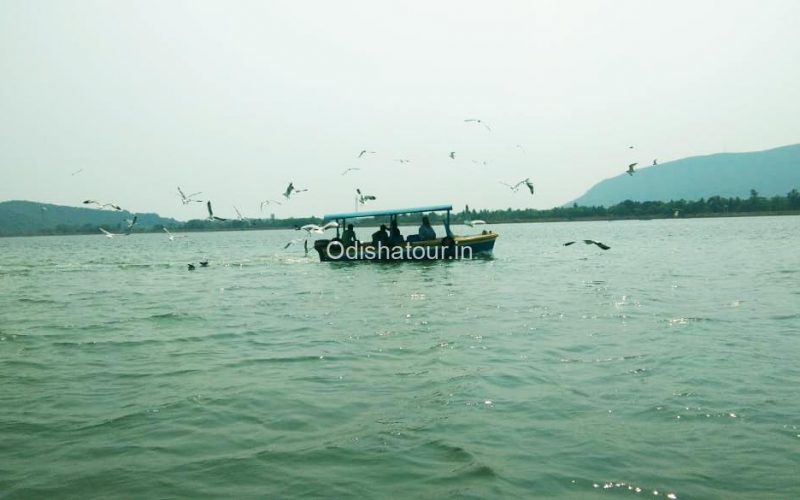 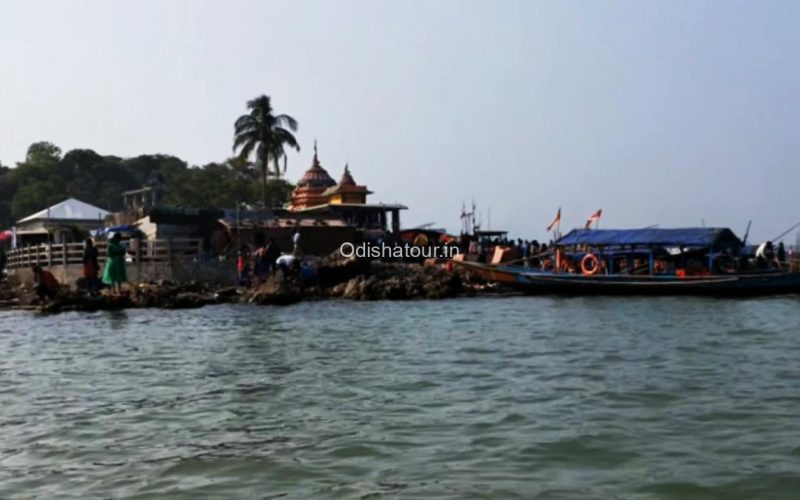 Maa Kalijai Temple is located on an island in Chilika Lake. It is considered to be the abode of the Goddess Kalijai. Maa Kalijai is Kali, the source and the first ‘Mahavidya’ of ‘Dasmahavidyas’. Highly revered by the local populace, the deity has been venerated in the local folklore and legends. The island provides an excellent destination for pilgrims as well as tourists. Every year in January, a huge gala fair is held during the festival of Makara Sankranti. Kalijai Temple is the Best popular tourist places in Khordha, Odisha

Maa Barunei temple and Karunei Pitha is situated at the bottom of Barunei hills. It is only 5 km away from Khordha. Maa Barunei is one of the presiding deities of Khorda. This is also known as a Shaktipitha in Odisha. The temple was built by Ramachandra Dev.  The main Prasad of Devi Barunei is rice pudding. This is Also a picnic spot as such a good number of pilgrims and tourists are gathering here throughout the year. One of the best picnic spots near Bhubaneswar is Barunaei Temple. Maa Barunei temple is one of the Best popular tourist places in the Khordha District. 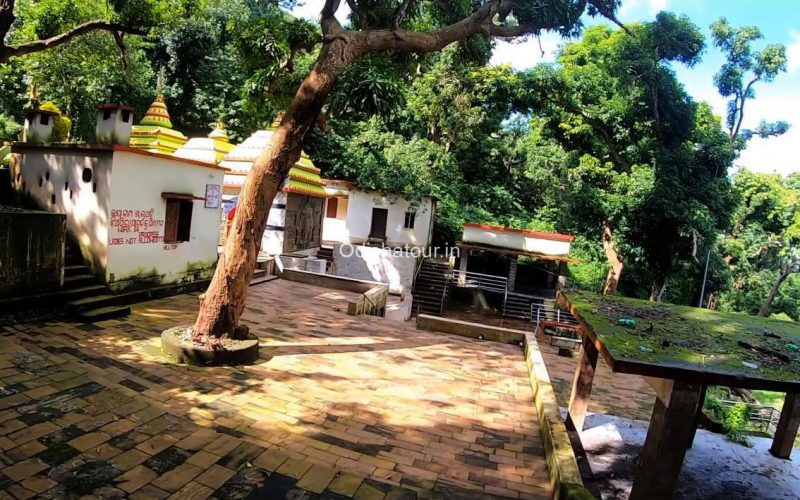 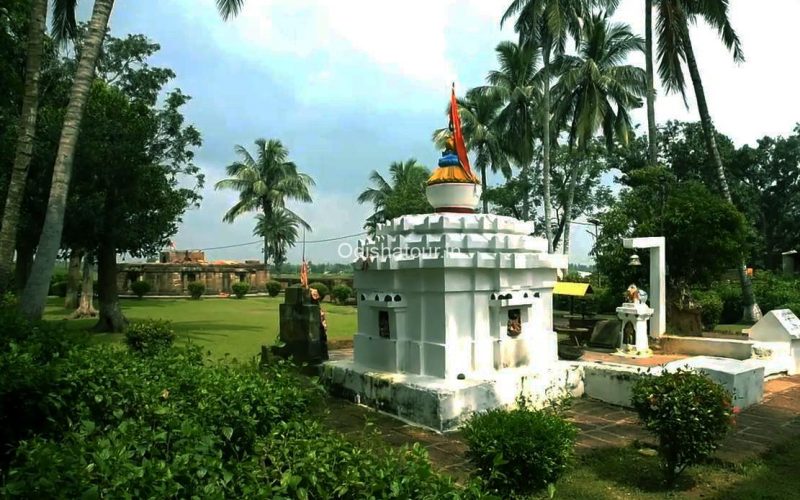 Chausathi Jogini Temple is located at Hirapur. It is 18 km away from Bhubaneswar and is 44 km from Khordha Town. There are around 56 such idols, made of black granite, inscribed within the wall cavities, centring on the main idol which is the Goddess Kali, who stands on a human head representing the triumph of the heart over the mind. It is the Center of Tantric ordered for the worship of 64 yoginis carved out of black chlorite stone.

Hot Spring Complex is located at Atri. it is famous for its perennial Hot Spring. The hot spring is reputed to have medical properties, which are used both intensively and extensively for the cure of skin diseases. The water of the Hot Spring (57 degrees centigrade) contains small doses of sulphur flavour when heated to 100-degree centigrade. The Complex has 4 bath tanks for the general public, which water comes from the main Hot spring tank(Kund). Atri Hot water Spring is a famous tourist attraction near Bhubaneswar. 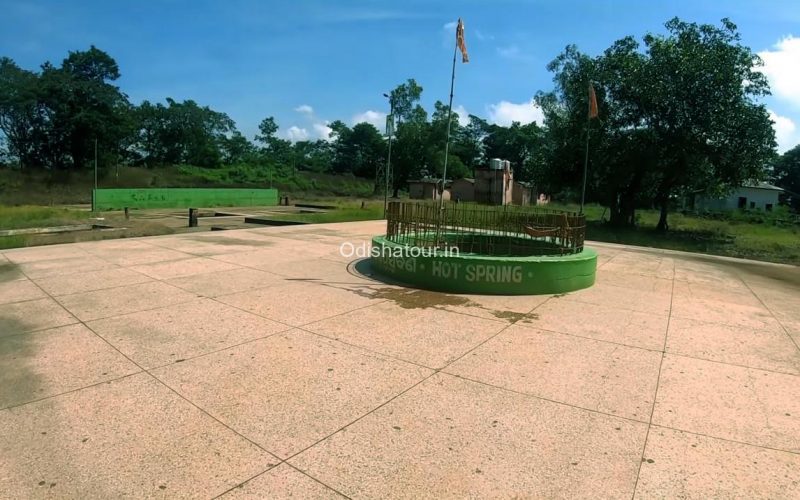 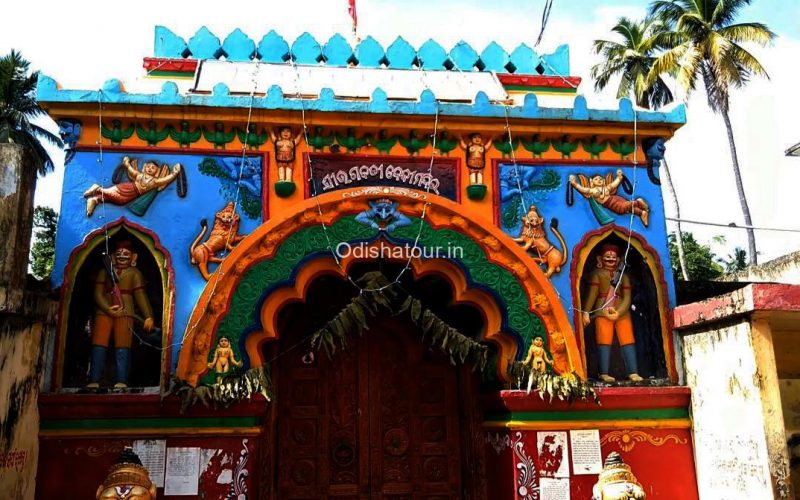 Bhagabati Temple is Situated at Banpur. It is 8 km from Balugaon, 12 km from Barakul of Chilika and is 105 km from Bhubaneswar. The place is famous for the goddess Bhagabati as well as the temple of Dakhya Prajapati. The temple was built in the 9th century AD. Durgapuja is the main festival of this temple. Bhagabati Temple is one of the famous Shakti Pitha of Odisha. Many Buddhist idols have been excavated in Banpur, so this place is associated with Buddhist culture. Maa Bhagabati Temple is a tourist place in Khordha.

Mangalajodi Bird Sanctuary is located at a distance of 40 km from the district headquarter Khordha. It is a destination to get a peep into Mother Nature. It is an Ecotourism destination on the northern banks of Chilika Lake in Odisha, “The Bird’s Paradise” hosts more than 3,00,000 birds in its marshy waters, especially in winters. Conservation of the wetland ecosystem and its avifauna is the key to the whole initiative. Mangalajodi Ecotourism is one of the tourist places in Khordha. 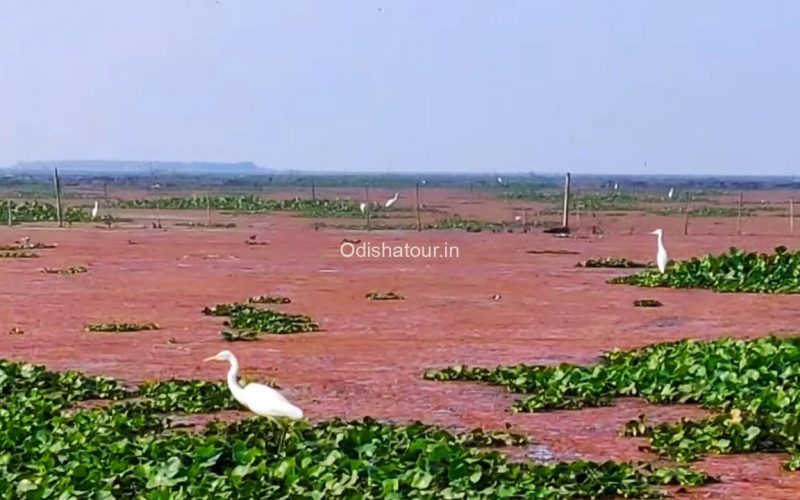 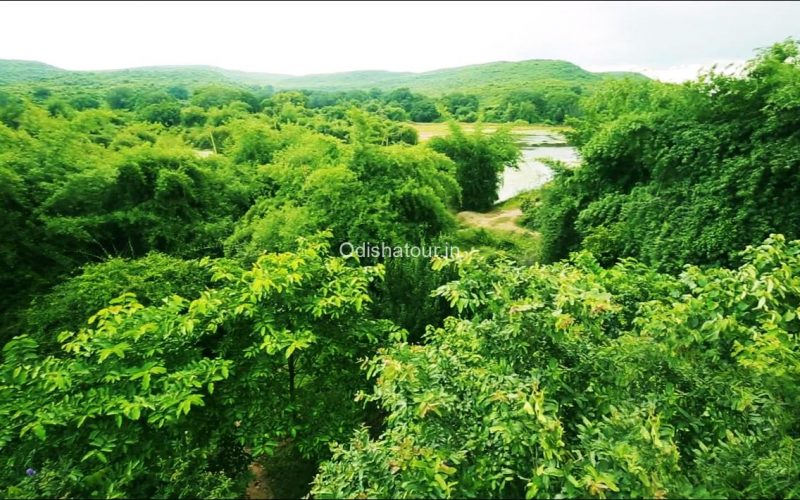 Deras Dam is located around 20 km away from Bhubaneswar and in the nearness of Chandaka Wildlife Sanctuary. It is one of the entrance gates to the Chandaka Wildlife Sanctuary. Established in 1967, the dam has now become a major tourist destination. The Dam is surrounded by hills and Luscious green trees. The place is very calm and quiet and thus is best suited for a picnic. There are cottages on top of a cliff, which are generally functional during the winter for the tourists. Deras Dam is one of the tourist places in Khordha. 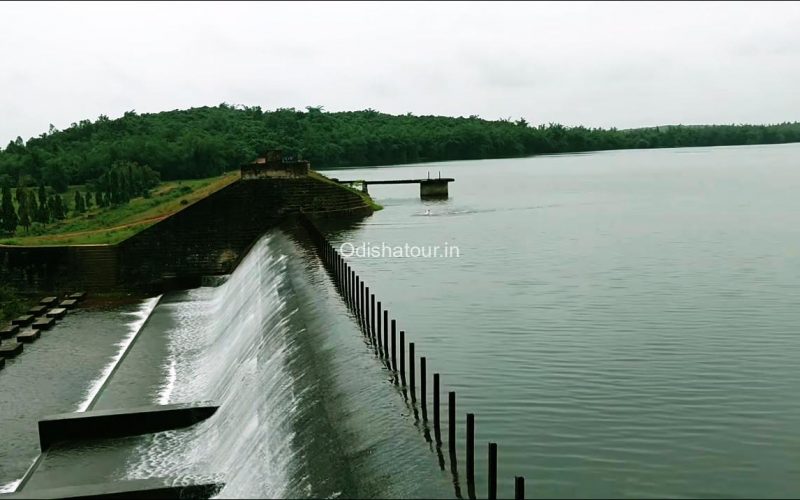 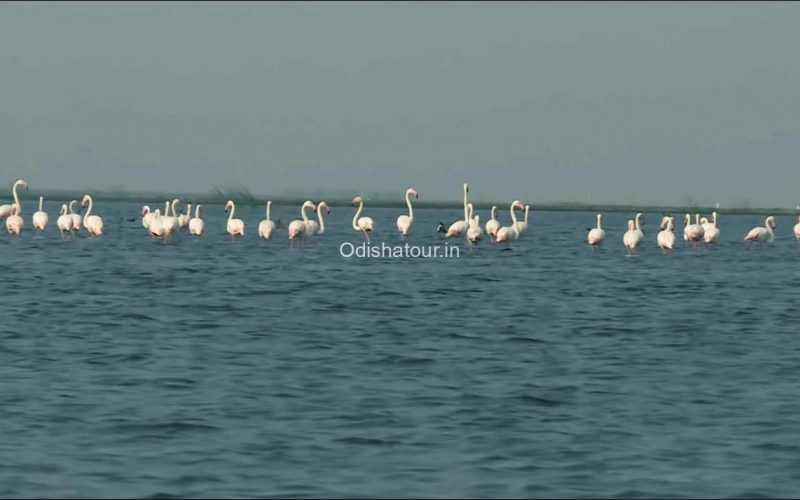 It is another outlook of Chilika Which is a heaven of migratory birds. During winter a large number of migratory birds come here from South Africa, Brazil, Caspian sea, Mongolia Southeast Asia, Ladakh and Himalayas. The large Nalabana Island covering 15.53 sq km in the lagoon area was declared a bird sanctuary in 1987. The core area of about 6 sq km attracts around 400,000 waterfowls of different species. This tiny island supports a congregation of about 60% of total migratory birds visiting the Chilika lagoon each year.

Ugratara Temple is located at Bhusandpur. It is 55 km from Bhubaneswar towards Balugaon and 35 km from Balugaon towards Bhubaneswar. Ugra Tara was the presiding and the protecting Goddess of the fort of Mulajhargarh, which was just on the border of Chilika lake. Tara is synonymous with Omkar, the five. It is a beautiful natured location for a picnic and also for movie shooting. Ugratara Temple is one of the Best popular tourist places in Khordha 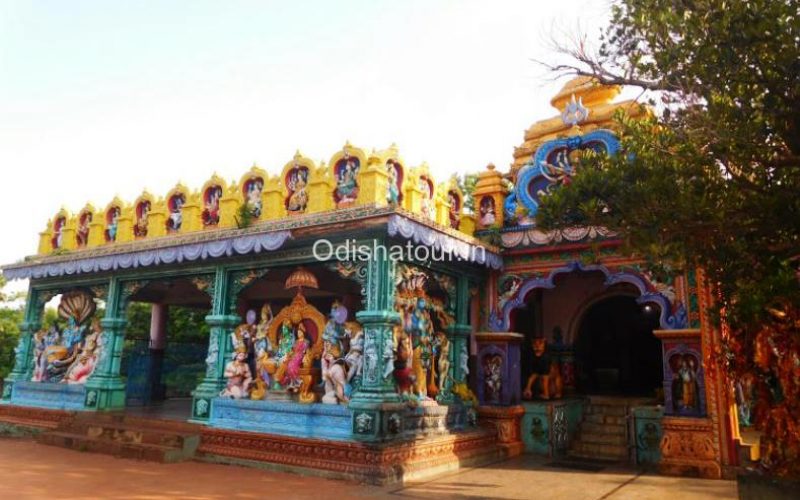 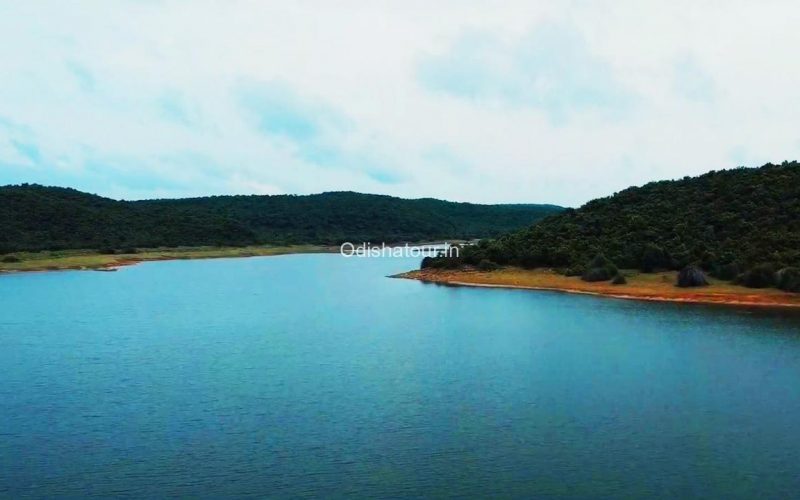 Jhumka dam is a popular tourist attraction places in Khordha, Odisha. There is a Jhumuka green garden near the dam, where one can sit in the park and see the natural lake view of the Jhumka Dam. The place attracts tourists to come here in winter for a beautiful natural environment. It is a good place for a weekend picnic in the winter season. There are Godibari Nature Camp, Jhumuka Dam Retreat, and Chandaka Guest House near the Dam for tourists to rest and picnic.

Tapang Green Lake is located at Nijigarh in Khordha District. It is 12 km from Khordha town and 37 Km from Bhubaneswar. Bada Sauli Mundia is known as Odisha Canyon Lake. The artificial Lake was created after the mining of stone mines. The reflection of the sun’s rays on the green waters of Lake Tapang is wonderful. With its beautiful sight near the city of Bhubaneswar, it has become a tourist destination for both state and foreign tourists in a very short time. the best time to visit this place is during sunrise or sunset because you can enjoy feeling the charm. 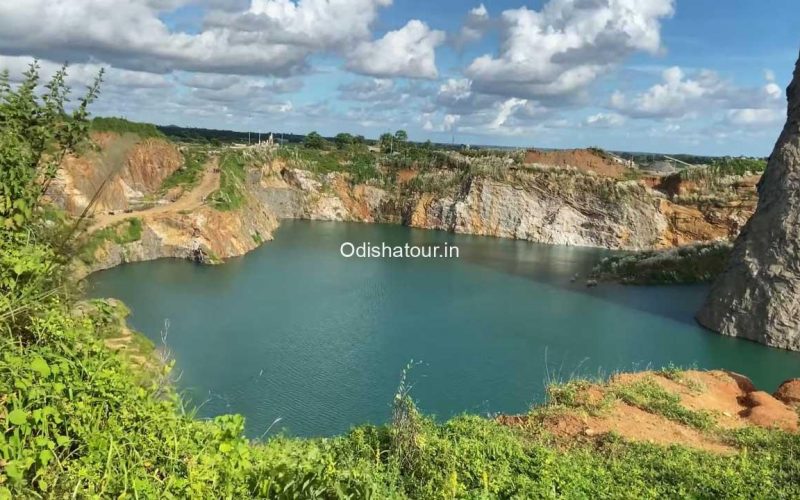 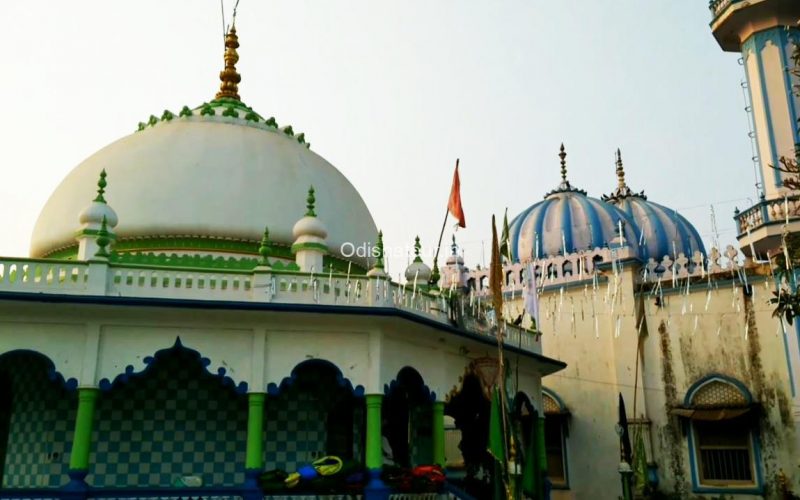 It is about 15 km away from Khordha towards south-east from the new bus stand. The place is famous for Bukhari Baba peer. He was one of the eminent Muslim sadhus. He was born during 17th century AD at Samarkand of Russia. He came to Odisha during the reign of maharaja Ramachandra Dev II of Khorda as found in the history of Odisha

Dhauli hill is situated on the bank of river Daya, which marks the site of a famous historical event. The Kalinga war, which had caused immense bloodshed but subsequently changed the mind of Ashoka from Chandashoka to Dharmashoka. The earliest rock-cut Indian sculpture in the shape of a magnificent elephant out from a solid rock atop, the Ashoka rock edict at Dhauli and the peace pagoda built by the Japanese are among the major attractions. Bhubaneswar Tourist Places & Famous Temples. 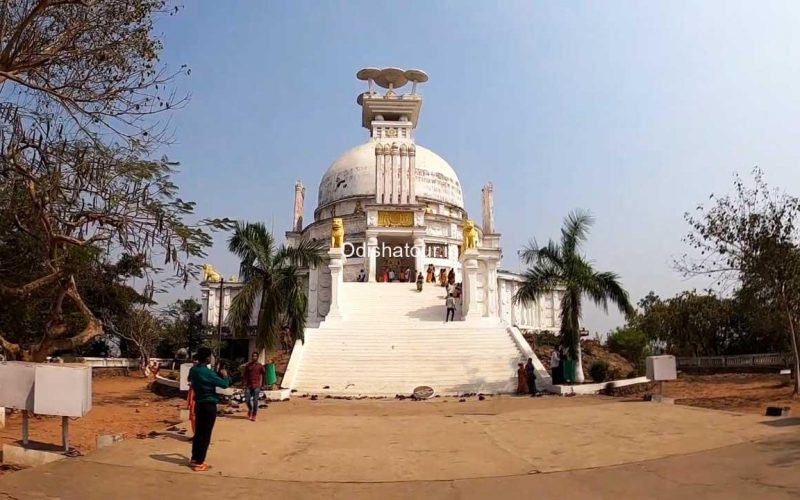 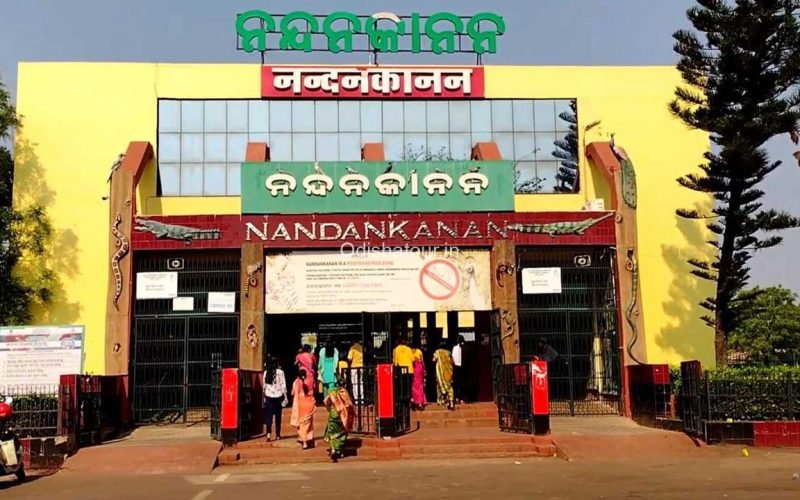 Bhubaneswar Nandankanan Zoological Park is located near Kanjia Lake near Chandaka-Dampara Wildlife Sanctuary, It is one of the biggest and most famous zoos in India. The very name of Nandankanan, in mythology, delineates the ecstatic but imaginary beauty of the celestial garden. It also indicates the real beautiful spots par excellence on earth, where one can see the panoramic views of nature and appreciate the glamour that exists in the external morphology of plants and animals.