Bhadrak is 140 km away from Bhubaneswar. On the national highway no 5. It is the headquarter of the district. There is an important station on the east coast railway. Bhadrak is glorious and important for the Temple Bhadra kali. this temple belongs to 9 the century AD and was deconstructed in 18 century AD. The mountain inscriptions are preserved in the Odisha state museum of Bhubaneswar for the sake of visitors. During the period of kali puja, a large number of pilgrims gather here and worshipped goddesses kali. The Akhandalamani Temple, the abode of Lord Siva is located on the bank of the Baitarani River, at Aradi, 37 kilometres from the district headquarters. In the city itself, one can worship and get a blessing at Maa Banka Basuli Temple and Baba Lokanath Shiva Temple.

In the Bhadrak district several Hindu temples such as the Maa Santoshi Temple, located in Korkora village; Sri Radha Madanmohan temple; the temple of Akhandalamani; the Kali Puja held at Charampa; Prasanna Khemeswar Mahadev Temple in Anijo village, There are also Muslim mosques such as the Sufi Saint Mujahid-e-Millat’s Shrine at Dhamnagar. This shrine is also known as Khanquah-E-Habibah. It is the centre of an annual celebration called Eid-Miladun-Nabi.

Akhandalamani Temple is situated at Aradi village. It is 40 km away from Bhadrak and 136 km from Bhubaneswar. Lord Shiva is the presiding deity of the place. According to legend, that Linga was discovered from ploughed land by a farmer at the time of ploughing. The farmer found blood on the shiv linga by the rushing of the ploughshare. This Linga is known as an Akhandalamani who remit the misery of the people. Mahashivratri is celebrated every year at the famous Shaivapith Aradi and attracts a large number of devotees. Throughout the year devotees are from different parts of Odisha come here to worship Lord Mahadev. Aradi Akhandalamani Mandir is a famous temple in Bhadrak, Odisha 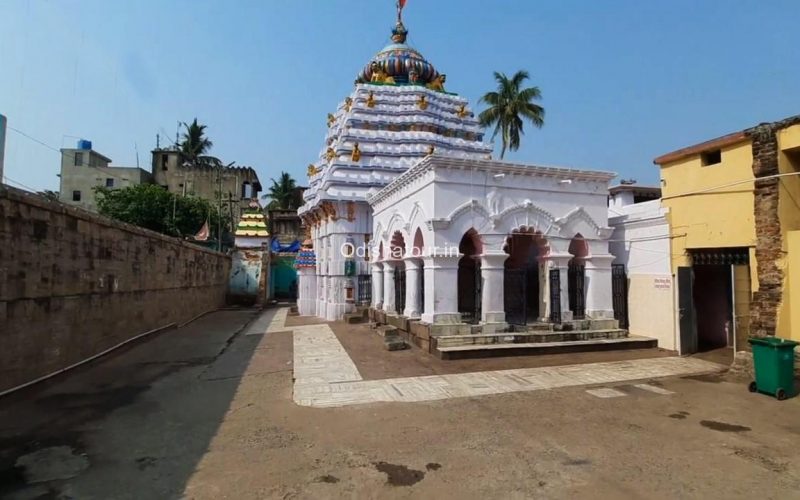 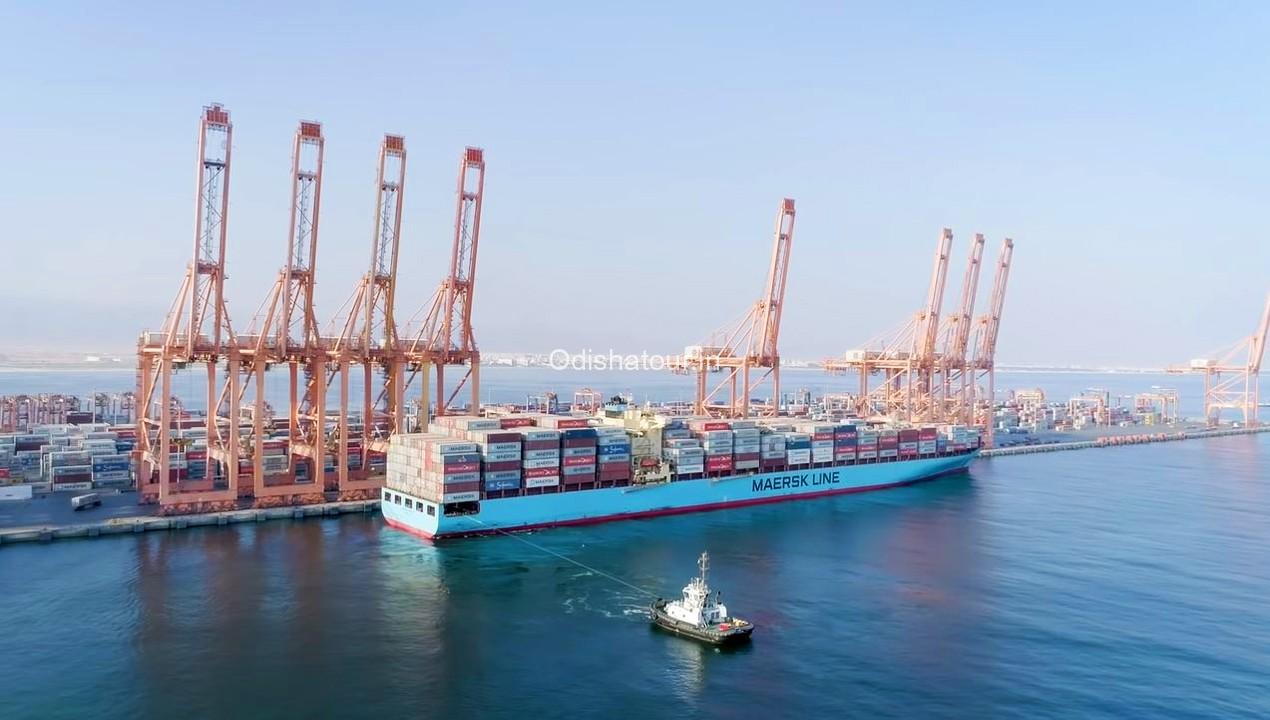 Dhamra Port is located on the seashore in the mouth of the river Baitarani. It is 65 km away from Bhadrak town and 45 km from Chandbali. The meeting place of the river Bharmani and Baitarani here is a thrilling site that attracts visitors to enjoy the scenic beauty of the confluence of rivers and adjacent sea beaches. Dhamarai temple is located 10 km distance from Dhamra Port. Dhamara port is a tourist attraction places in bhadrak

The Bhadrakali temple is situated located 5 km away from Bhadrak town in the south-west direction. The district of Bhadrak especially is famous for maa Bhadra kali. The statue of Maa Bhadrakali is of black granite and is seated in lotus posture on a lion. The people of the area have a great belief in the goddess. Durgapuja & Kalipuja is the famous festival of this temple. The environment of the place is very calm and quiet. Throughout the year devotees from different part of Odisha come here to worship goddess Bhadrakali. Bhadrakali temple is one of the most famous temple in Bhadrak, Odisha. 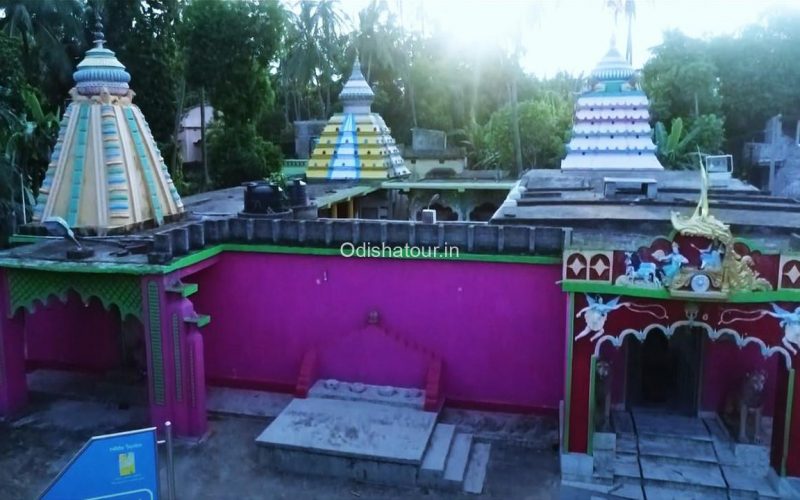 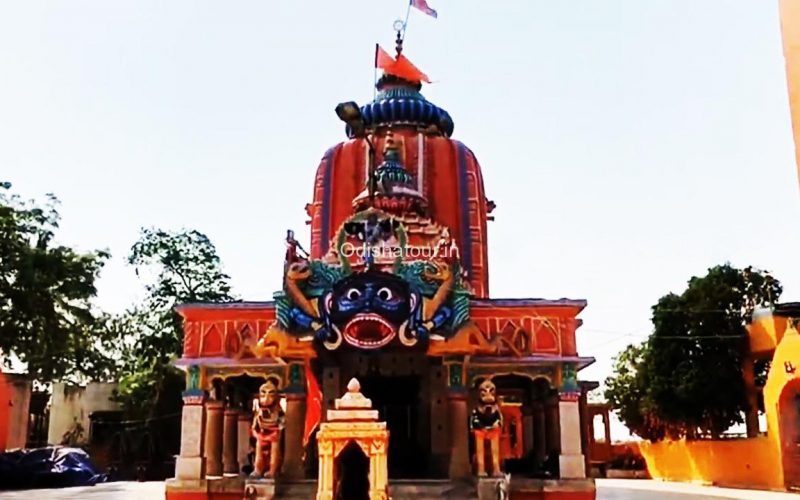 Maa Dhamarai Temple is located at Dhamra near a small coastal township. The place is about 60 km from Bhadrak town and on the coast of the Bay of Bengal. Goddess maa Dhamarai is worshipped by a widow of the fisherman community. Devotees come here for getting a wish from Maa Dhamrai. Makar Sankranti is the main festival of this temple. Maa Dhamarai had five sisters and was residing at a place called “Satabhaya”. Her five sisters were carnivorous in contradiction to her being purely vegetarian, which had angered her sisters they pushed her deep into the sea. Maa Dhamarai Mandir is a Best tourist places in Bhadrak

Sri Biranchinarayan Temple is situated 15 km from Bhadrak towards Chandbali and 143 km from Bhubaneswar. The temple is dedicated to Lord Brahma, who is enshrined as a roughly four-faced image of the Sun. Gunduni is the main festival of this temple, which Devotees come and celebrate the festival. Biranchi Narayan Temple stands as evidence of the heritage of Surya Upasana in Orissa. This is the Second Temple of Lord Brahma in the world after Temple in Rajasthan. A square stone slightly tapering towards the top contains four carved images of the Sun-god in relief, on the four sides of a slab. Biranchinarayan  Mandir is one of the Famous temple in Bhadrak, Odisha. 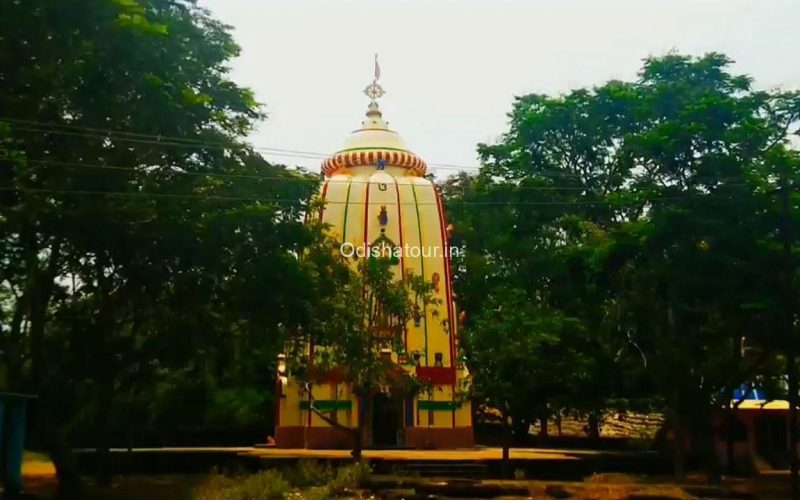 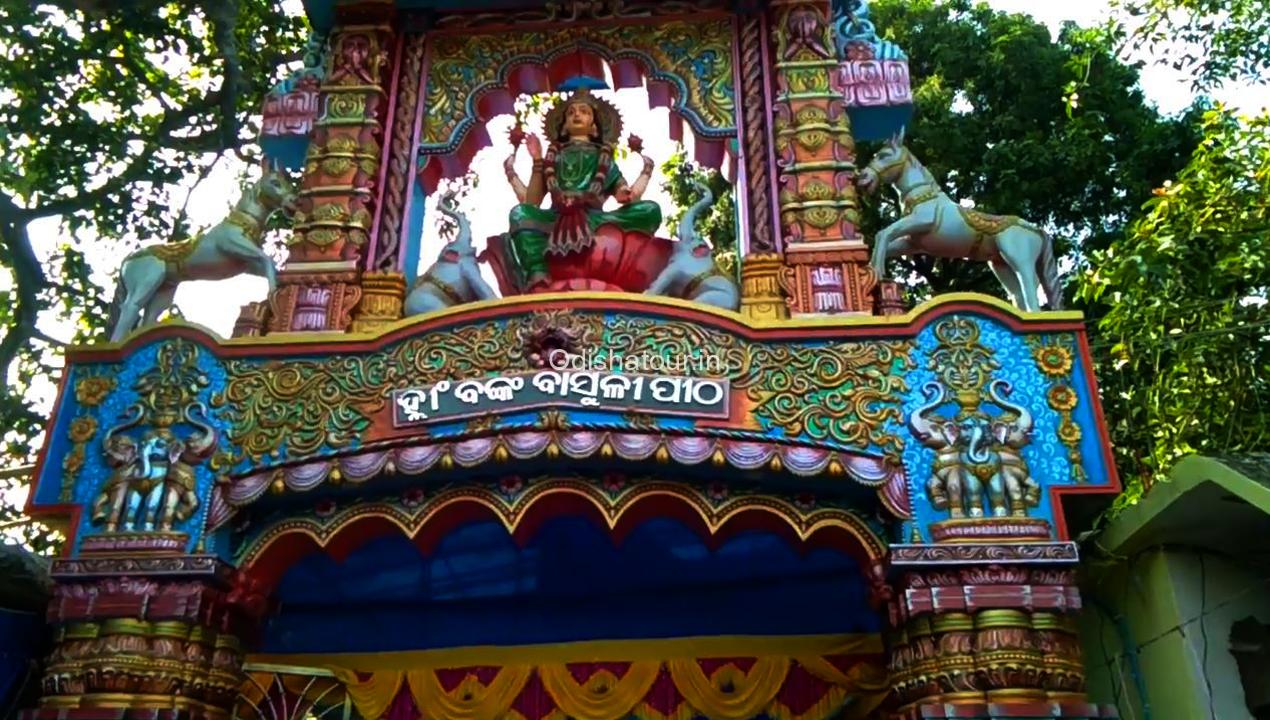 Bankabasuli Temple is One of the oldest temples of Bhadrak. It is situated at the heart of Kacheri Bazar of Bhadrak. Goddess Bankabasuli is the presiding deity of the temple. The main attraction of this place is the entrance gate, which Goddess Maa Laxmi has settled on the top of the gate. Lord Ram, Laxman and Mata Sita idols worshipped here. Maa Bankabasuli temple is famous for its serenity and divinity. The place is attracting thousands of visitors and Pilgrimages for its Panoramic Picturesque. Durgapuja is the main festival of this temple. Bankabasuli Temple is one of the tourist places in the Bhadrak district.

Rakta Tirtha Eram smruti stambha is a famous place of sacrifice is located 16 km away from Basudebpur of Bhadrak district. One side of the land was bounded by the Bay of Bengal and the other three sides are surrounded by two rivers known as Gameye and Kansabansa. This place was used as a citadel by the freedom fighters. Due to these natural boundaries, it was not easy for the police and administrative persons to enter this place. Rakta Tirtha Iram is a tourist attraction in Bhadrak, Odisha. 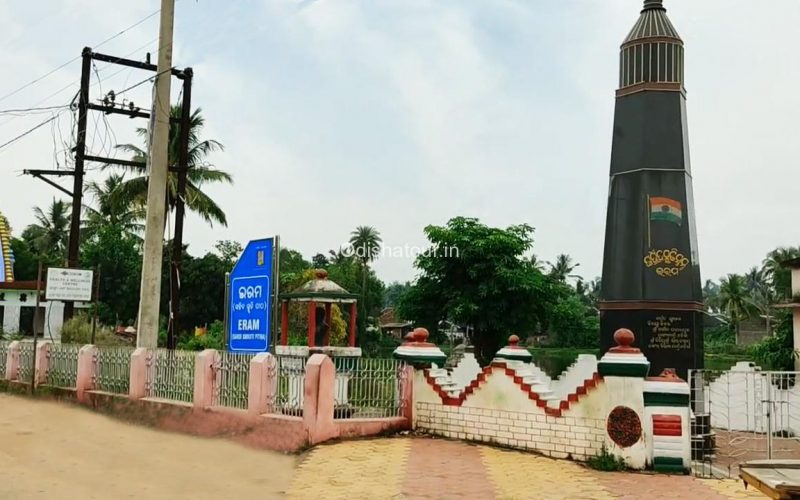 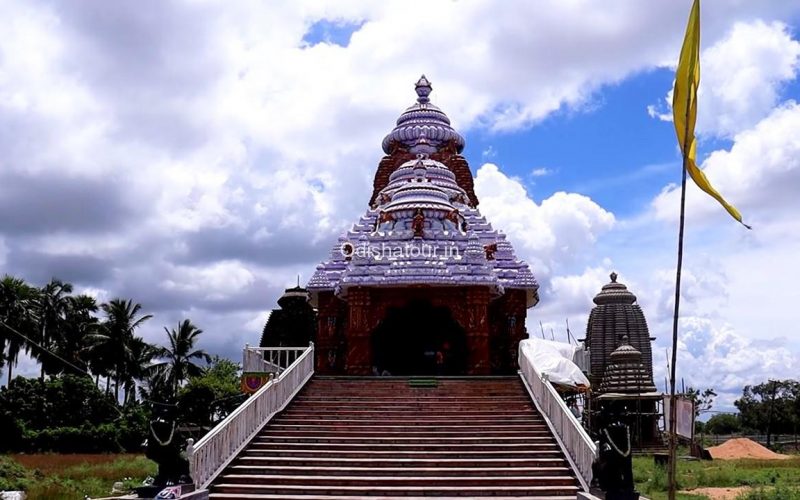 Jagannath Temple is situated at Sabarang and, it is 20 km away from Bhadrak town. It is a famous Hindu temple dedicated to Lord Jagannath, Lord Balabhadra and Devi Subhadra. Ratha Yatra is the main festival of this temple. The architecture of the temple is much similar to Lord Jagannath temple in Puri. According to Hindu mythology, Balabhadra, the elder brother of Lord Jagannath, is the god of agriculture. In ancient times, Bhadrak was also famous for agriculture. Hence the place might have been named Balabhadrakshetra or Bhadrak kshetra, So the people of Bhadrak are worshipping Jagannath. Bhadrak Lord Jagannath temple is one of the most popular tourist places in Odisha. 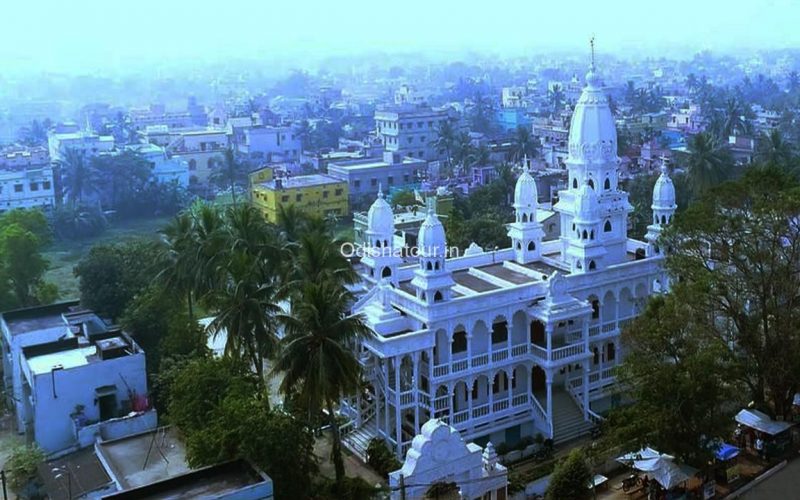 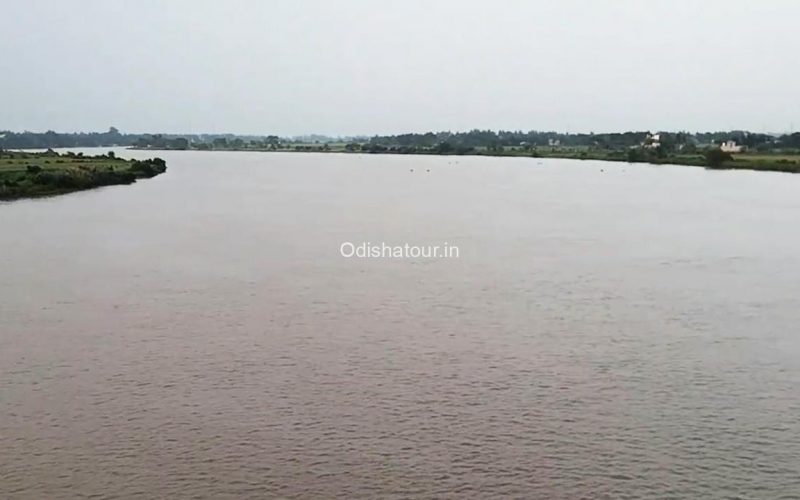 The Chandabali Port is situated on the bank of the River Baitarani and is 50 km from Bhadrak town. There is a lighthouse placed at Chandbai port. The Chandabali port was a small fishing village and a natural river port. In 1866, trading opened from this port to Bengal in 1881. It was declared a government port by the British government. The place is very amusing and attractive to visitors. Lord Shiva Temple, Maa Patana Mangala Temple, Sri Aurobindo Dibyadham Ashram, Akhandalamani shiv temple, Goddess Kali Pokhorisahi Hanuman Temples is situated inside the Chandabali Town.